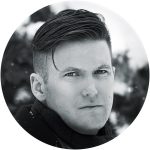 Richard Spencer is President and Director of The National Policy Institute and Washington Summit Publishers. He is the founder of Radix Journal and RadixJournal.com. He was formerly an Assistant Editor at The American Conservative magazine and Executive Editor of Taki’s Magazine (Takimag). In 2010, he founded AlternativeRight.com.

Spencer is a frequent essayist and blogger at Radix Journal; he hosts the weekly Radix Journal podcast; and records regular video blogs.

Spencer’s publications and activities have been reported on by the New York Times, the Washington Post, the Chicago Tribune, National Public Radio, The Rachel Maddow Show, Buzzfeed, Salon.com, Vice.com, among many others. Spencer has been a frequent guest commentator on the cable network RT International.