NPI is an independent think-tank and publisher dedicated to the heritage, identity, and future of European people in the United States and around the world.

We produce original writing, videos, books, and broadcasts. We host international conferences. We are an indispensable part of nationalist and identiarian culture.

Everything we do is possible only through the support of individual donors.

To support us, please send a check, made out to The National Policy Institute, to 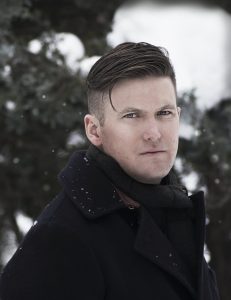 Richard B. Spencer is President and Creative Director of The National Policy Institute. He is Founder and Editor of Radix Journal and Co-founder and Co-editor of AltRight.com.

He was formerly Assistant Editor at The American Conservative magazine and Executive Editor of Taki’s Magazine (Takimag). In 2010, he founded AlternativeRight.com and is widely credited for coining the term “Alt-Right.”

Spencer has addressed every NPI conference and has been a guest speaker at the Property and Freedom Society, The Traditional Britain Group, American Renaissance, and the HL Mencken Club.

Evan McLaren is the Executive Director of the National Policy Institute. He holds a Bachelor of Arts in History from Kenyon College and a Juris Doctorate from the Dickinson School of Law. His writing has appeared at LewRockwell.com, Taki’s Magazine, AlternativeRight.com, Chronicles Magazine, Radix Journal, and AltRight.com.