37 posts
Guillaume Faye was born in 1949 and received a Ph.D. in Political Science from the Institut d'etudes politiques de Paris. He was one of the principal organisers of the French New Right organisation GRECE (Groupement de recherche et d'etudes pour la civilisation europeenne) during the 1970s and '80s, and at the same time cultivated his career as a journalist, particularly in the news magazines Figaro and Paris-Match. In 1986 he left GRECE after he came to disagree with the direction of the group. For more than a decade, he worked as a broadcaster for the French radio station Skyrock, and on the program Telematin which aired on France 2 TV. He returned to the field of political philosophy in 1998 when a number of his new essays were collected and published in the volume Archeofuturism. Since then he has produced a series of books which have challenged and reinvigorated readers throughout the world.

Guillaume Faye discusses the decline of the United States and the future for European-Americans.

A Chronicle of Archeofuturist Times.

In the course of her research, Prof. Giana Vortt, of the Historical Institute, had made an astonishing discovery, but she didn’t dare speak of it much.

At the moment of the great collapse, in 2025, the luck of history had allowed one tiny European territory to escape total catastrophe.

To the men of the future: My name is Jeanne Riquetout and I am witness to the very rapid end of a civilisation that was born thousands of years ago. 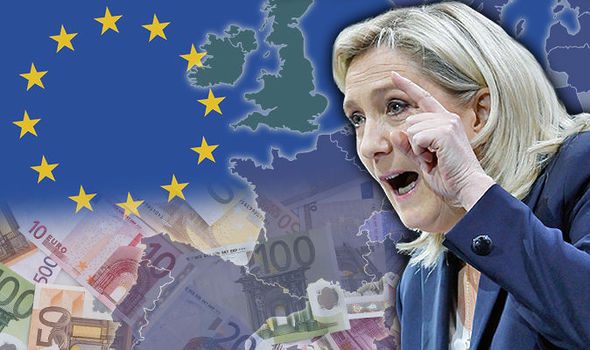 Marine Le Pen Has A Gun Held To Her Temple

Collaboration with the Settlers

From Delinquency to an Ethnic Civil War