8 posts
Alexander Dugin (b. 1962) is one of the best-known writers and political commentators in post-Soviet Russia. During the 1980s, he was a principal member of the underground traditionalist movement in the Soviet Union, for which he was arrested by the KGB and expelled from his studies at the Moscow Aviation Institute in 1983. He continued to support his private studies in traditionalist philosophy by working as a street sweeper. He later became a journalist and made his earliest foray into politics by joining Pamyat, the first nationalist party to emerge during the twilight years of the USSR.

Alexander Dugin analyzes patriarchy and shamanism in the ethnos.

The Geopolitics of the Color Revolutions

The Atlanticist Network of Influence in Putin’s Russia

The Geopolitical Significance of Putin’s Reforms

Trump and Clinton – The Battle will be Bloody 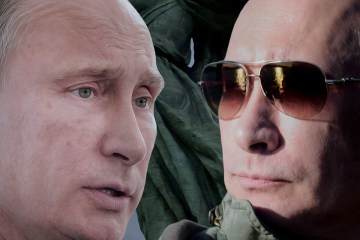 Vladimir Putin and the Conservative Revolution

The Nation-State and the Multipolar World