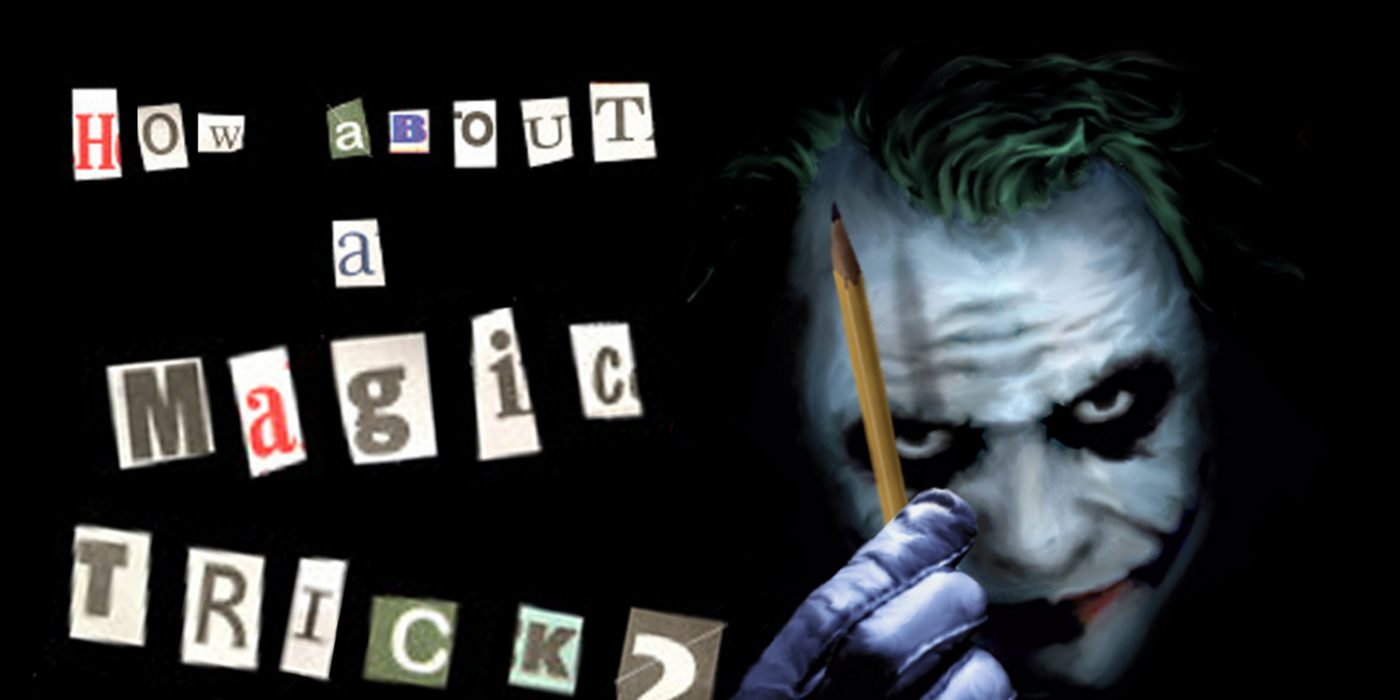 The disparate way the media treats the Alt-Right, a movement of truth-loving dissidents, vis a vis random black loiterers and trespassers, is as absurd as it is unequivocal and illustrates decisively what utter low-lives white-hating Western power players really are.

Alt-Righters all over the nation are being persecuted merely on account of our thoughts. This fact is virtually undeniable. Our websites are being deplatformed, our videos are being demonetized, we are being purged from social media, we are being fired from our jobs, due only to what goes on in our own minds. Discrimination and persecution against us, again, merely on account of our thoughts, is widespread. Yet the media treats this inherently totalitarian treatment as if it is perfectly fine. Verily, if anything, the media encourages it. But how could a war against freedom of speech and freedom of conscience ever be justified? What kind of twisted group of psychopaths would desire this? Even President Donald Trump ignores our maltreatment at the hands of large social media entities, despite the Alt-Right’s indispensable role in getting him elected via social media itself. The US power class’ unofficial position is, essentially, that we deserve it. There is probably nothing more evil, more indefensible, not to mention more totalitarian, than persecuting & wronging people merely on account of their thoughts, speech & political activities (especially in a democracy). Yet there has been no outcry on account of our abuse at the hands of the mighty and the elite. Opposition to thought-policing and the infringement upon private conscience used to be a core feature of American identity and culture, all the way back to America’s founding. Not anymore I guess. 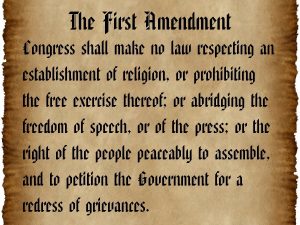 Meanwhile, last week in Philadelphia two black men were forcibly removed from a Starbucks coffee shop because they sat there for a few hours without actually purchasing anything (they may have been protesting not being given access to the restroom). Of course, being denied access to a cafe’s or a restaurant’s restroom is pretty much standard treatment when one is not a paying customer, and although being forcibly removed by the police, or arrested, is rather extreme given the circumstances, Starbucks is well within its rights to remove trespassers from its property; especially when they refuse over and over again to leave via their free will. In the aftermath of this alleged mistreatment of these two young black men, there was something of a media-engineered national outcry regarding how hard blacks have it in America. The CEO of Starbucks is also falling all over his pasty, cucky self to apologize for this horrible injustice, and Starbucks will shut down all of its 8000 stores in America next month for a full day of nothing but shaming white people and indoctrinating innocent employees, so as to ensure that black people never have to follow the law ever again. 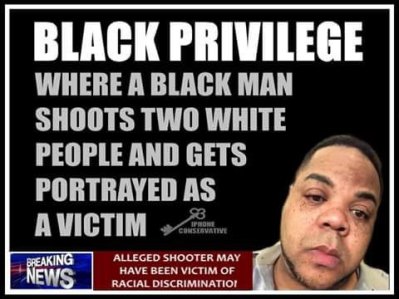 So, in summation, the actual widespread persecution of Alt-Righters, merely on account of our ideas and entirely legitimate political activities, is treated as being perfectly fine by the Western power class, while fictional, isolated incidents of marginal wrongdoing are treated as definitive proof that blacks are a persecuted minority group in America. Of course, nothing could be further from the truth. If anything, blacks are given preferential treatment in America (by the law, in hiring, in university admissions, in social relations, etc.) and have been given preferential treatment for the last half-century. Furthermore, these young men at Starbucks were given countless opportunities to leave the store freely and thus avoid arrest. Frankly, I think they may have wanted to turn this minor incident into a spectacle. They were asked to leave by the staff, then they were asked multiple times by the police. They refused. They weren’t innocent victims. They were obstinate, entitled assholes.

Now, contrast these assholes with Greg Conte and Dayanna Volitich, who truly did nothing to justify being terminated by their respective employers. They didn’t wrong anyone, or neglect their duties as employees, or commit a crime and then tell the cops to piss off, they didn’t do anything, at all in fact. They are perfectly innocent people. Their only crimes were having the wrong friends and thinking the wrong things. Nothing else. And their punishment was far more unwarranted and severe than what is essentially an appearance ticket. 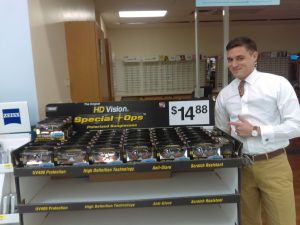 Indeed, the media’s conduct with regard to the actual persecution of Alt-Righters in America, as contrasted with their conduct regarding the imaginary persecution of black people in America, couldn’t be more exemplary of the Cultural Marxist Western power class’ modus operandi. The media has the mindless rabble focused on meaningless non-events because selective reporting on those events helps to advance their sick Leftist agenda. Meanwhile, real wrongdoing, real nefariousness, real persecution, goes completely unnoticed by the masses because the media at best ignores it, or at worst, promotes and normalizes it. 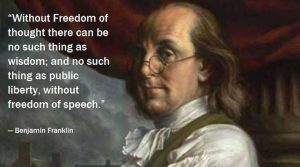 If the things being done to us on a daily basis were done to any other minority group in America, whether a political class, a religious sect, or an ethnic group, no one would hesitate to call it persecution. Because it is persecution. That’s what it is, whether it sounds whiny to say so or not. It is naked, unthinkable persecution, in a supposed liberal democracy no less. And I haven’t even adduced the official acts of wrongdoing against us by the state, such as when a local police force conspired to effectively nullify our constitutional right to assembly.

The persecution of those in our movement is a brazen attempt by liars, parasites, oligarchs and tyrants at the top (but I repeat myself) to suppress the only genuine opposition to their misrule, the Alt-Right. Meanwhile, many imbeciles on the Left (i.e. the majority of the Left at this point) still believe that America is a “white supremacist” nation. Pray tell, why would a white supremacist power structure (at both political ends) be utterly united and resolute in its effort to shut down and delegitimize the Alt-Right, a movement predicated on white advocacy? You simply can’t teach people to be this stupid! 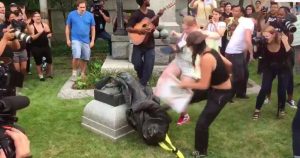 The Cultural Marxist oligarchy’s greatest trick is its ability to convince ordinary people that persecution exists where privilege does, and privilege exists where persecution does. They have used these same mendacious methods to paint whites as a privileged, all-powerful overclass, even as we are being marginalized and minoritized in our own lands by a committedly, ruthlessly anti-white Western power apparatus, that won’t even allow us to defend our mere existence with words. The Western power class and its media mouthpiece are as much the enemy of the white race as the Soviet Government was the enemy of the ethnic Russian people, as ISIS is the enemy of Christians and Yazidis, as the Nazi regime was the enemy of the Roma and the Jews. Their hatred for whites is just as unmistakable and just as deep-seated. They think anyone who merely dares to speak up for the white race and its interests must be silenced and furthermore merits wholesale persecution. While they wage an open war against our people, they are all the while pretending that we are waging a war against non-whites, by not giving them free frappuccinos or some such nonsense. It is laughable. 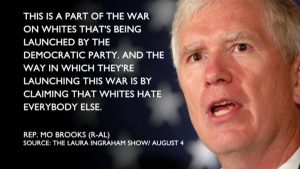 The disparate way the media treats the Alt-Right, a movement of truth-loving dissidents, vis a vis random black loiterers and trespassers, is as absurd as it is unequivocal and illustrates decisively what utter low-lives white-hating Western power players really are. They are incapable of honesty, decency or fair play. They are also the enemies of the enduring principles America was founded upon, freedom of speech and freedom of conscience. They are adherents of a very different creed, and legatees of a very different tradition, a Marxist tradition to be exact. The folks who comprise the Western press and power class deserve nothing but contempt from ordinary folk. The problem with tricks is that, eventually, people figure out it’s all just an illusion. No magician can hide the truth from the people forever.