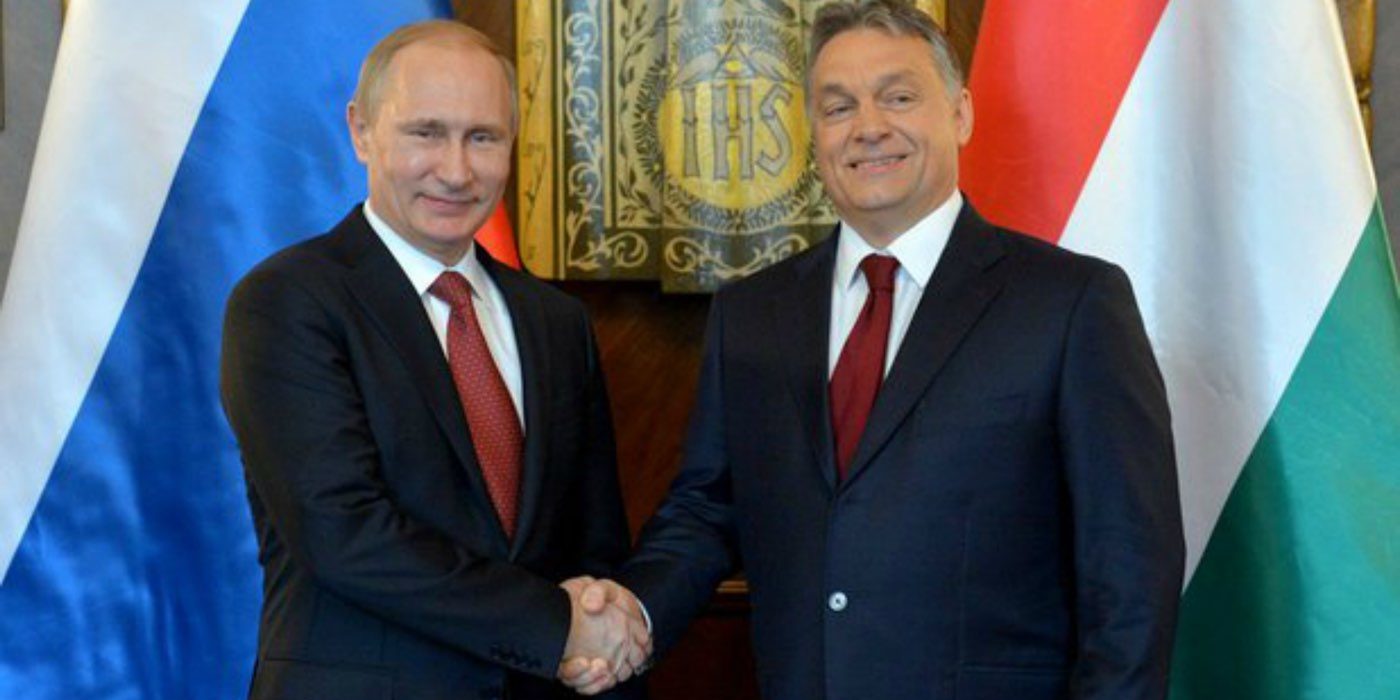 Viktor Orban is an honest-to-god hero, and Western nations ceased being "liberal" many decades ago.

The New York Times and other large media outlets have recently taken to calling Viktor Orban, the duly elected Prime Minister of Hungary, an “illiberal authoritarian”. This all while the British Government is quite literally prosecuting people for telling jokes. This all while Big Tech is systematically silencing right-wingers and conservatives.

I was personally banned from Twitter less than a week ago for “hateful conduct”, whatever the hell that means. Imagine living in a world where the systematic censorship of tens of millions of Americans by social media giants themselves, in the public forums of the modern age, is not considered a grave threat to American democracy by the powers that be, but a mere $100,000 in advertisements displayed on social media platforms, allegedly paid for by the Russian Government, is considered such a threat. Well, no need for imagining, you live in that clown world.

The evidence that Viktor Orban is an “illiberal authoritarian” rather than a heterodox right-leaning populist with great political instincts, is thinner than a Somalian bulimic. The evidence, on the other hand, that our Cultural Marxist overlords are psychopathic would-be totalitarians, is nearly infinite. I read articles virtually every day by the MSM about how the right is caught in an echo chamber, living in a post-truth world, and so on and so forth. So those of us on the right are living in a self-selected, self-constructed informational universe where we don’t trust outsiders or external sources, but the folks who are actively censoring us, banning us, deplatforming us, silencing us, maligning us, blacklisting us, doxing us, terminating us, terrorizing us, and accusing us of being the equivalent of ISIS terrorists, are not? This is the height of both absurdity and hypocrisy.

To the extent portions of the right are echo chambers, the left is far, far worse. The left is a sewer, within a cocoon, within a sound-proof echo chamber, within the CNN headquarters, within a space-ship-shaped Google City where Mark Zuckerberg is mayor. 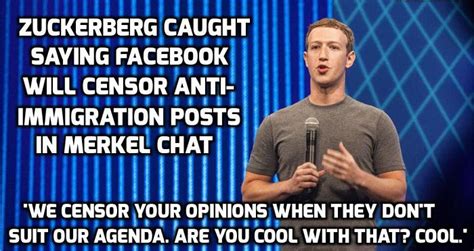 Think of all the means the left uses to ensure only its voice is heard: speech controls (Political Correctness), social controls (shaming), thought control, media censorship, media boycotts, doxing, social media bans, ideology-driven deplatforming campaigns, anti-discrimination laws, diversity police at universities, the dehumanization of its opponents, bias crime laws, etc. The bulk of the political left (excluding a few top liberal intellectuals, who have almost no power on the left anymore) doesn’t just want to insulate itself from the truth, it wants a monopoly on information so that it can insulate you from the truth as well. Screeds about “fake news” and fatuous attacks on Eastern European governments are nothing more than veiled attacks on the right itself. The underhanded attacks on Orban by the not-so-free press are not about his tactics or his imaginary wrongdoing, they are about his ideas and his politics (his supposed xenophobia, ethnic pride, etc.). To leftists, to merely think differently is to be a bad person. This is, of course, the hallmark of totalitarian thinking. Leftists do not actually believe propaganda is a problem. They believe the right’s propaganda is a problem. The very folks sounding off incessantly about fake news and echo chambers are the people living in the biggest fake news echo chamber of all. Not only that, they are aggressively censoring opposing and alternative views so as to help re-erect those echo chambers when those opposing and alternative views somehow leak through the many barriers already in place, meant to shield the virgin eyes and ears of their dim-witted political allies, and aggressively peddling propaganda indistinguishable from the fake news they claim to detest!

The political left, you see, is illiberal down to its core. It doesn’t really even accept the legitimacy of rule by non-leftists, even in highly democratic contexts. This explains the Western Cultural Marxist power structure’s hypocrisy with regard to men like Putin, and especially Orban. As racists (especially non-white racists like Al Sharpton and John Podhoretz) see racism in everyone but themselves, Cultural Marxist Western power players (the bigots who run Twitter and CNN) see illiberalism everywhere but in themselves. 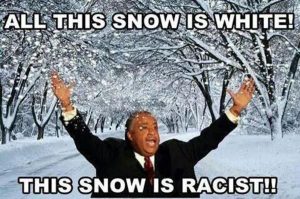 This is all not to say that a small portion of Orban’s legislative record could not be described as “illiberal” by some very sensitive, modern liberal, Western standards, but that record pales in comparison to the illiberal record of supposedly liberal, democratic Western governments in recent decades, which have succeeded in making mass surveillance popular for the first time outside of communist totalitarian nation-states of yore. Compelling certain media companies to devote some of their airtime to traditional Hungarian music is not all that liberal for example, but it’s also not particularly illiberal, let alone authoritarian. Neither is taxing organizations that work assiduously to undermine your national sovereignty while financing and facilitating the conquest of your lands by hordes of out-ethnics who hate everything about you. It is far more illiberal to completely ignore subversive organizations like this, allowing them to undermine one’s people’s right to self-determination. Orban has also taken measures to place Hungarian media in the hands of actual Hungarians, to prevent Hungarian democracy from being subverted by vast multinationals, foreign governments and related entities, and especially billionaires with bad intentions regarding white gentiles. It seems that if the Rothschilds and Soroses of the world are not free to buy up every nation’s media so as to deceive and manipulate that nation’s people incessantly and undermine its democracy thereby, this is a profound threat to the nonexistent “liberal order”. Of course, nothing could be further than the truth. The notion that the capital market is a good jumping-off point for ending up with a free and honest media is contradicted by a hundred years of evidence here in the Western World. Indeed, corporate control and special interest control over information (especially the doctored information emanating from the MSM) is the paramount threat to free choice in selecting political leadership here in the former West.

So, while totalitarianism is in full bloom in many Western nations, where white ethnic majorities are being rubbed out of existence by a government abetted invasion of migrants (rapists) and 3rd World peoples (imbeciles), our own media and governments accuse Eastern European governments of being “authoritarian”. While supposed conservative Theresa May and her government are jailing people for criticizing Islam (our governments are now quite literally enforcing Sharia blasphemy laws) Viktor Orban is the great illiberal hobgoblin. While Twitter and Facebook zealously and systematically censor right-wingers, creating a national echo chamber where dissidents are forbidden to tread, Julian Assange telling you the truth about the criminality of your leaders is the true threat to Western democracy. The rank hypocrisy of it all is palpable, not to mention shameful. 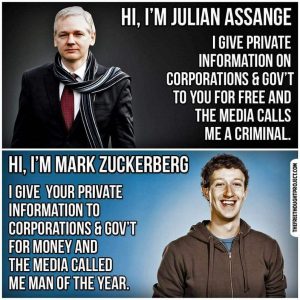 Moreover, while some of this hypocrisy is about latent geopolitical rivalries, and driven by the MIC’s control over media content, the problem runs deeper. The political left hasn’t insulated itself from reality accidentally, that is its very goal. It wants to insulate itself and everyone else, and it wants to do so because it places a number of childish values above truth, namely psychological comfort, social justice, the fragile egos and sensibilities of non-whites, etc. Indeed, the left is so illiberal at this point it’s not really internally capable of becoming liberal again. To become liberal again, it would have to reorder its values, which it can’t do because the free inquiry necessary to reorder those values is today completely unwelcome on the left. The current political left is deeply and profoundly hostile to freedom of speech, freedom of information, freedom of conscience, and freedom of inquiry. Thus, the left generally is profoundly hostile to what are arguably the most essential liberal values, meaning modern liberals aren’t really “liberals” at all.

So how do you fix that exactly? How do you get ideas and information to people who aren’t interested in being exposed to either? How do you get people to come to terms with the truth when those people believe the truth itself is immoral or unconscionable or worse yet, racist? Must you use illiberal means? 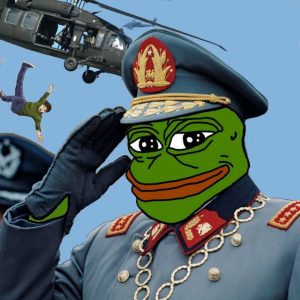 Indeed, President Trump is faced with a like dilemma. Is it illiberal or wrong to use shady, perhaps illiberal means to protect democracy from bad actors seeking to oust democratically elected officials by illiberal means? If he fires Mueller, the entire MSM will accuse him of being an illiberal authoritarian and an opponent of due process and fair and independent criminal investigations. Except that the recent raid on the law office of Michael Cohen (Trump’s personal attorney) demonstrates definitively that Mueller is on a crusade to find something, anything on Trump, that will take him down. He is well outside of his mandate to investigate collusion between the Trump campaign and Russia. He is now apparently looking into whether Trump paid a pornstar for sex. It’s pretty desperate stuff. What’s next, an anal probe? Thus, should Trump fire Mueller now, the utterly predictable charges of the MSM which will follow, will be based upon a false premise, namely that Mueller’s investigation is free and fair and impartial, which it most certainly isn’t. Westerners simply can not trust the basic integrity of their higher institutions any longer. The entire Russia collusion controversy is itself a false flag of sorts and a shining example of the base mendacity of Western oligarchs and power players. The Russia collusion conspiracy and investigation are, in fact, a direct attack on American democracy, masquerading as a noble attempt to defend American democracy!

In a very real sense, Orban, a much more gifted and astute politician, made his decision long ago about how to address this particular dilemma. Liberalism is all well and good, but how do you fight a deeply illiberal enemy, unrestrained by ethicality and integrity? Orban is willing to cut a few corners and do a few perhaps moderately illiberal things along the margins, to keep his beloved Hungary from falling into the hands of Cultural Marxist oligarchs and banksters hell-bent on destroying Hungary and eradicating its people and culture (they have the same plans for the white race more generally). Trump is a bit behind the curve. He probably should have fired Mueller the day he was appointed, because the investigation was never about Russia collusion and anyone who believes otherwise today is a damned fool. The investigation was always about hamstringing Trump’s presidency at minimum, and ideally, removing him from power altogether. That is what this recent raid proves. This isn’t about Russia collusion. This is about the Western power structure’s war on Trump. They want him gone. Indeed, destroying Trump was, from the outset, the driving force behind the Steele dossier, which actuated this whole charade. The Cultural Marxist totalitarian psychopaths who rule the West don’t care about free and independent investigations, or the sanctity of American democracy, or liberalism, or any of it. They just want to get their way, and they’ll do what they have to do to get it. Viktor Orban understands that. Trump, I fear, does not. There is no true liberalism even left in the Western World, at least not at the level of power. There is only tyranny and turpitude.