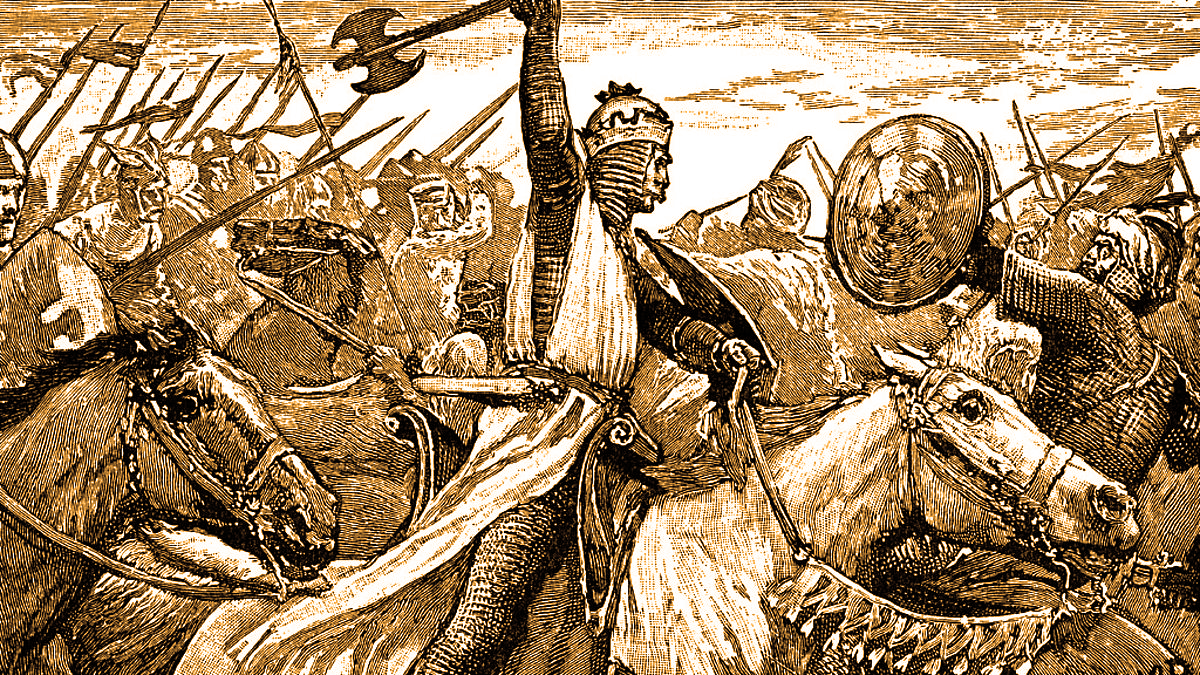 A xenophobe’s defense of xenophobia.

It sometimes seems as if the worst presidents of the last century had supplied the most memorable quotations. Kennedy’s “Ask not what your country can do for you” and Roosevelt’s “The only thing to fear is fear itself” have been embedded in the public consciousness far more deeply than any equivalent from the so-called “American right.” No wonder then that similar rhetoric is presently popping up against us at every turn.

How often, in arguments on immigration or racial differences, are we accused of fear of this or that ethnic group? Just the other day, in a debate regarding Muslims in Europe, my interlocutor must have asked me ten times if I was “afraid of Muslims.” We see similar allegations against us pasted everywhere in the journals and newspapers of our beloved mainstream media, or tossed around like baubles by our ever-so-brave television pundits. An internet search of “alt-right fear” or “right-wing fear” is most informative: we of the Right are evidently shameless paragons of “fear-mongering,” the constant prey of a neurotic inner panic. Why, I almost feel sorry for us.

The use of such language presents an interesting tactic. It is employed so often that we must imagine it to be effective. But why?

Let us take the exemplary question, “Are you afraid of Muslims/Blacks/Jews?” In the first place, this rhetoric appeals to our better nature. I am not referring, of course, to any supposedly “altruistic” or “philanthropic” qualities; I mean rather our love of courage. It is generally understood, even in our crippled day, that a man ought to feel no fear, or, if he does, ought to master it by force of will. Yielding to fear is for the cowardly. Thus, when one asks, with a certain implication in one’s voice, “Are you afraid of Muslims/Blacks/Jews?” the natural instinct of good men is to deny the fact outright: Of course we are not afraid of these people! Why, what in the world are we afraid of?

That is honorable, but unsubtle. Fear is inherently equivocal: it sometimes accords with reason, and sometimes not. No one would claim that it is cowardly to hesitate before stepping into the grizzly’s den, or swimming with the sharks. Apprehension at the thought of hurling oneself from the top of a ten storey building is merely the expression of a natural instinct for self-preservation, and anyone who claims that heeding this instinct is simply fainthearted is invited to swallow the next mushroom he stumbles across.

What is ignoble is not fear itself, but our abject and unreasoned submission to fear. But then, it is equally ignoble of us to submit unquestioningly to the “fear of fear” by responding mechanically and defensively to such questions as those above with a blanket negative. In truth, fear is eminently warranted in many of these cases, as the augmenting death- and rape-toll due to Muslim immigration in Europe or the outrageous crime-rates in any majority-Black community you please clearly demonstrate. On a higher level, there is something absolutely righteous in our dread of the day that our Western nations will no longer belong to Western ethnicities, but will be ruled either by the law of Sharia, or by that of the jungle. In truth, it is the part of an upright man to shun whatever debases him or threatens his household. There are fears, too, which are honorable.

This is utterly ignored, of course, by those who latch onto accusations of “fear” or “fear-mongering.” They imply that fear is exclusively a negative force, a corollary or even an expression of blind hatred alone. Yet this is totally inadequate. All fear, in the last analysis, is fear of losing something—be it one’s property, one’s loved ones, one’s mental, emotional, or physical well-being, or one’s very life. Fear is a derivative concept; it presupposes and depends on a prior value; fear is the negative expression of a purely positive force.

What then does the xenophobe fear to lose? But it is obvious: what he fears to lose, what he wishes to preserve, is his culture, his traditions, his heritage, his language, his identity; his fear of other peoples is but the extension of his love of his people and his ways. It is therefore clearly to the merit of a man if he possesses a healthy degree of xenophobia. As with any human quality, this can be exaggerated in one direction or another: and indeed, just as a healthy level of fear here indicates a normal love of one’s society, so the total absence of fear indicates an unusual self-despite or self-hatred.

The barb within the questions like “Are you afraid of such and such a group?” is, of course, the hidden accusation that our fear is irrational, that by it we are enslaved to bestial elements of our lower natures. Our opponents like to insinuate that the least sign of “fear of the other” is an utterly irrational paranoia, on par with that of the man who refuses even to step out his door for fear of being struck dead by a bolt of lightning.

Enter here these delectable modern terms ending in –phobia. Xenophobia, Islamophobia, homophobia. Since the idea of a “phobia” arose originally in psychiatry and psychoanalysis, the fear implied by these –phobia words is by definition irrational. That is the force of them; and it is also the reason that the pejorative use of “xenophilia,” as recommended by Faye, for instance, has struggled to make much headway: it lacks the requisite underpinnings in an utterly artificial intellectual construct (in this case, Freudian psychoanalysis). We would do better to learn from the American soldiers during the Revolutionary War, who, finding themselves mocked by the name of Yankees, adopted the term as their own fond nickname, and thereby neutralized its venom.

Let us rather wear this word with pride, and hold it against our critics that they are not near xenophobic enough, that in their wretched “fear of fear” they abet the travesty of modernity. Next time we are confronted with these ridiculous interrogative accusations, it would be well for us to remind our interrogators of all the Englishmen who out of fear never lifted a finger against the rape of Rotherham and Telford, or the Germans who out of fear refused to acknowledge the Cologne sex attacks or the ethnicity of its perpetrators, or indeed all those across our West today who out of the most wretched fear of offending “political correctness,” but blush and keep mum despite everything they see, everything they know or should know.

In a nobler age, “xenophobia” or “fear of the other” went by a different name: it was called love of one’s own. Then let us all have the courage of our better fears.

TopicsethnomasochismimmigrationIslamterrorismxenophobia
Share on FacebookShare on TwitterShare on RedditShare on VKontakte