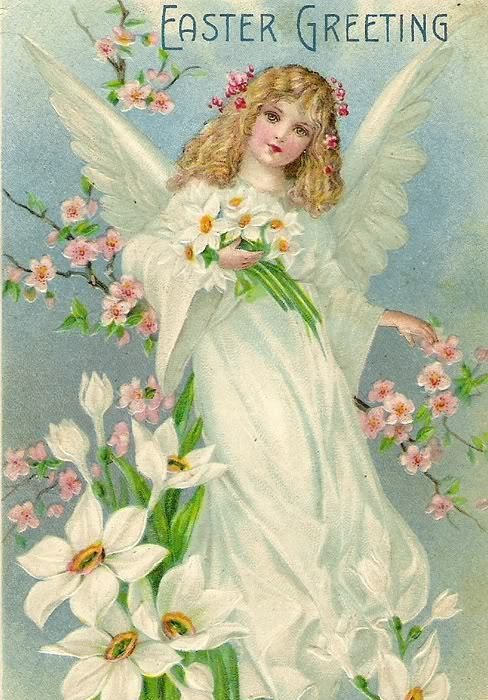 The Pagan origins of the joyous holiday.

In recent years a new holiday “war” has been brewing in the blogosphere. Around Eastertime blog posts and news articles spring up arguing either for or against the historicity of the cult of the worship of the Germanic Goddess Ēostre.

In recent years a new holiday “war” has been brewing in the blogosphere. Around Eastertime blog posts and news articles spring up arguing either for or against the historicity of the cult of the worship of the Germanic Goddess Ēostre.

Although Northern European indigenous religion was actively repressed by the Church, modern Easter celebrations are still very much intertwined with the old pagan holiday. Since the holiday traditions could not be stomped out, it appears that the best way to combat a resurgence of ancestral European religion is to deny it ever existed.

So, let us explore the evidence, and see just how much there actually is.

Is Bede a reliable source?

The Venerable Bede is the source most often used in arguments both for andagainst the existence of the cult of Ēostre. The main opposing argument states that Ēostre is a “made up” goddess invented by the Medieval Church historian, Bede.

What this argument neglects to consider is that Bede was a Christian monk who was bent on driving paganism out of Britain. He wrote his book, The Ecclesiastical History of the English People, in the 8th Century. This was a time when English Pagan customs still survived out on the outskirts and heaths.The term “heathen” refers to the country folk out on the heath practicing the “Old Ways”.

Eradication of the Old Religion was a main priority of the Church in this period. Why, then, would a Christian monk invent a pagan goddess to encourage pagan practice? His goal would be to downplay any Spring fertility goddesses and emphasize the resurrection of Christ.

But, wait. Bede has backup!

As it happens, another monk recorded a reference to Ostara which corroborates Bede’s claim. Einhard, in The Life of Charlemagne (written in the 9th Century), mentions that the month of April is known to the Saxons as Oster-monath (Ôstarmânot), backing up Bede’s mentioning of April as Ēastermōnaþ (Easter month).

The Anglo-Saxons in England were cousins to the German Saxons in continental Europe. They spoke a related language and practiced variations on the same religion. Ēostre to the English is the linguistic counterpart to Ostara of the continental Saxons. Both groups named the month that roughly corresponds with our April for the goddess whose festival was celebrated then.

In vintage Easter cards, Christ is rarely shown or mentioned. 100 years ago it was far more common to see rabbits, chicks, and, curiously, angelic women.

Those monks were sneaky little rascals

Scholars have suggested that the early Medieval Church in England actively studied Anglo-Saxon indigenous religion as a strategy to combat it.

Author and scholar Brian Bates explores this tactic in his best selling book, The Way of Wyrd. The author of this historical fiction novel conducted intense research as the framework he built his story around. Professor Bates is the leading scholar in Anglo-Saxon religion, and has taught courses on it at the University of Sussex. His research for the novel included extensive study of medieval manuscripts in the British Library.

The plot of his story revolves around an aspiring young monk in the Christian English kingdom of Mercia who is sent into Anglo-Saxon pagan territory on a stealth mission to learn the customs and religion of the pagans. The head of the monastery explicitly states that through learning the ways of the pagans, they can better combat the indigenous religion and replace it with the new one.

Granted, this is a work of fiction. But, as previously stated, it is a work of historicalfiction written by a scholar and based on heavy research.

It is likely that Bede, like the monks in Bate’s story, was conducting his own research on the heathen people within his geographic vicinity. By understanding the elements of the Easter festival, the Church could incorporate some of the themes into the new Christian festival, thereby making the transition more palatable to the “natives.”

There are many factual examples to corroborate this proposed scenario. It is well known that during periods of conversion, pagan temples were destroyed while Christian ones were erected in their stead. Christian festivals were placed on the old pagan festival calendar, and elements of the original festivals were absorbed into the new ones.

We know that the Catholic Church’s “cult of the Saints” often allowed deities sacred to a locality be adopted as local saints or representations of the Virgin Mary.

There are many examples of this, but one that most people are familiar with is the Celtic goddess Brigid, who is still held in special esteem by Irish Catholics and Celtic Christians today as Saint Brigid.

Congruence with other known European goddesses

Given that European pagans were so frequently portrayed with gross inaccuracy, it seems odd that a Christian monk would invent a gentle fertility goddess associated with things that elicit positive feelings, such as furry bunnies (more accurately, hares), flowers, fuzzy baby chicks, and eggs which symbolize new life, regeneration, and sustenance.

That Ēostre fits the mold of a gentle pagan springtime goddess perfectly, and is not morphed into some kind of monstrous beast is another testament to Bede’s reliability. Again, his bias would have him demonize pagan religion.

These things are associated with other known pagan goddesses. Brigid, again, serves as good example. She is another goddess who is associated with spring and patron of another pagan festival.

The Celtic holiday Imbolc was celebrated with the first signs of Spring. Symbols associated with Imbolc include newborn lambs, milk, other dairy products, and the flame. These things represent nurturing sustenance and new life, re-birth.

The Catholic holiday Candlemas was set in the religious calendar to replace Imbolc. The patron of Candlemas is Saint Brigid. (Are we seeing any parallels?)

An invented goddess, constructed by someone culturally separated from pagan culture, who has an intrinsic heavy bias, would likely fall outside of the paradigm of what we know of pagan spirituality. Ēostre does not. She is a perfect fit.

Etymological Connection to Other Spring/Dawn Goddesses

Eostre and Ostara are etymological cousins of the Greek Eos, Roman Aurora, and Baltic Ausrine. If Bede were to invent a goddess, would he scratch his head and make sure his fake goddess lined up perfectly with similar goddesses of other Indo-European cultures?

Further, much work has been done to reconstruct the proto-Indo-European (PIE) pantheon. This is the language/culture group from which most of Europe descends. Aeusos or Ushas is the PIE goddess that the goddesses mentioned above descend from. The linguists show that Eostre and Ostara fit within the paradigm.

So, we can see that:

A) Catholic monks of this period, like Bede, were instructed to study local pagan customs.

B) Those local pagan customs were routinely absorbed into the new Christian holidays.

D) The goal of the Church was to make pagans forget their religion – not revive it. So again, it makes little sense for a Christian monk to invent a new pagan goddess.

E) The goddess described by Bede fits within the established framework of other pagan goddesses in Europe at this time, giving strength to the idea that Bede described a deity with a very real local following rather than inventing one out of thin air.

But let’s not stop there, for there is even more evidence! Jacob Grimm came along in the 19th Century, which saw a revival in local folk legends and mythology. Although the Grimm Brothers are famous for fairy tales, they also conducted important work in the burgeoning field of Folklore.

The brothers surveyed the local people all around Germany and in neighboring German speaking regions. Jacob Grimm analyzed his findings and wrote his masterpiece, Teutonic Mythology, an ambitious and comprehensive study of continental German mythology.

Through his study of oral history he discovered that the goddess Ostara was to be found in nearly all German speaking areas.

Very often folklore exists as the only surviving evidence from ages when there was no written record. The folklore recorded by Grimm demonstrated that people miles and miles apart retained shared cultural memories of the same goddess.

Grimm hypothesized that Ostara was a pan-Germanic goddess of fertility, the spring, and the dawn. If Bede invented her in England, then how did illiterate peasants in Germany know of her over one thousand years later? Either she was genuinely worshiped, or Bede had an excellent PR team!

What’s in a Name?

It is important to note that all other Christianized countries in Europe refer to the Easter holiday with a variation of Pascha – which is related to the word Passover. Only languages where Ēostre/Ostara was honored have retained the word relating to her.

In German, Easter is called Ostern. However, the Norse version of Germanic paganism did not include Ostara in their pantheon. So what do they call the holiday in Scandinavia?

In Danish and Norwegian, it is called Påske – a variation of Pascha! This corroborates with the notion that the name of Easter is associated with the Old English Ēostre and Ostern with Ostara. **There is no other way to explain why English and German use Easter/Ostern while the Scandinavian languages use Pascha.**

No evidence? You decide.

We can see there is actually quite a bit of evidence to demonstrate that Ēostre/Ostara was, indeed, legitimately worshiped in both England and Germany.

People have been known to believe that certain other mythological figures literally walked the Earth with much less evidence. Whereas, nobody is debating whether Ēostre was or was not a real person – simply that there was a wide spread cult devoted to her veneration.

Yet, some people who believe so fervently in other modern mythologies, often with no evidence at all to back up their own beliefs, vehemently insist that Ēostre was invented by Bede.

Based on a review of the evidence, the only conclusion for such a heated rejection of fact is that the pagan Ēostre is still considered a threat to those who would appropriate her holy day.

Despite the efforts to erase her from history, she lives on not only in the symbols of Easter, but in the very word “Easter” itself.

Human nature often dictates that if you don’t like the truth, just deny it. Fortunately, historians, researchers, and scholars like Bede, Einhard, and Grimm have preserved and revived Easter’s origins.

This essay was originally published by the author at Hubpages.

TopicsEasterOstara
Share on FacebookShare on TwitterShare on RedditShare on VKontakte 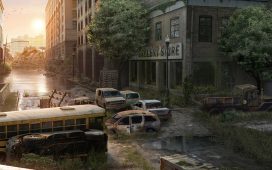