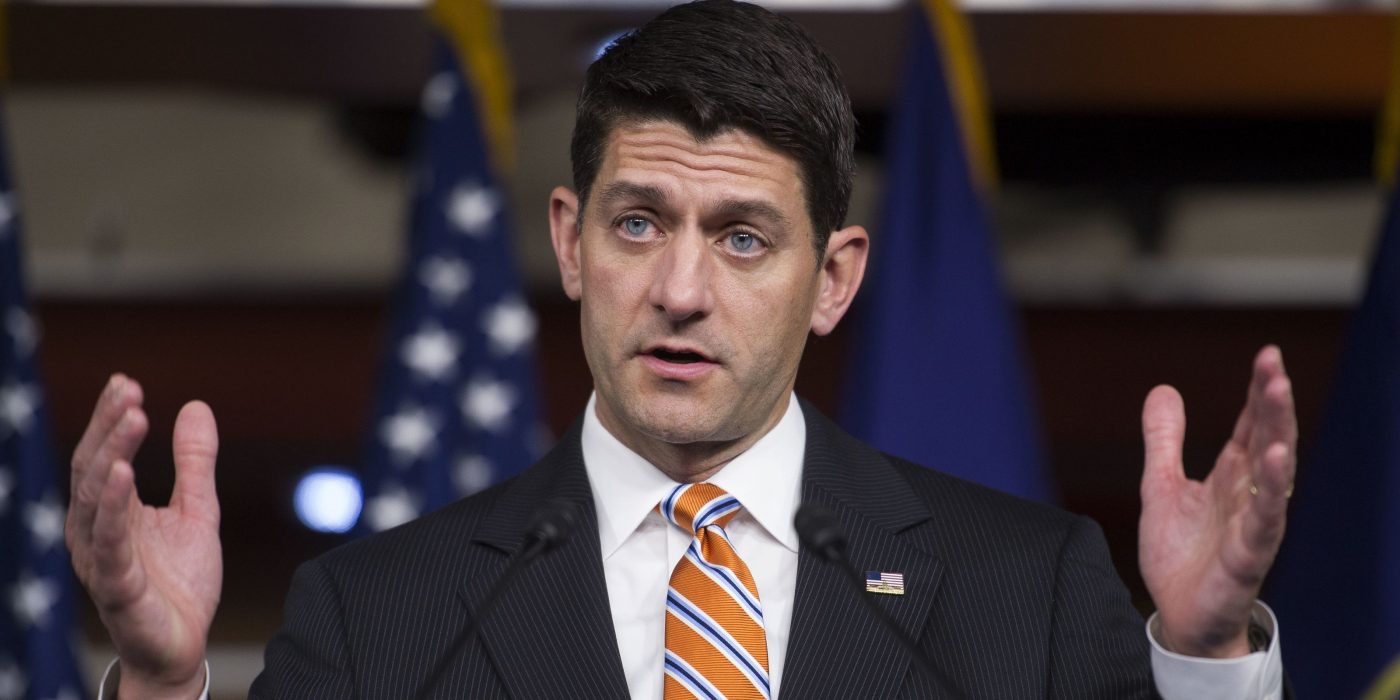 Who doesn't resist consents to rape.

Most Western nations had no Thomas Jefferson and no James Madison, and do not enjoy the wonderful constitutional protections we do.

Without such minds and such rights to protect them from both themselves and powerful bad actors, many Western peoples have more or less been unable to mount a forceful, effective defense against the Cultural Marxist Western oligarchy’s continual assaults on their essential rights and liberties. The Cultural Marxist Western oligarchy’s monopoly over speech has always served as the legitimating force to its own criminality.

In nations and regions where free speech is not protected by law absolutely or near-absolutely, the oligarchy takes some evil action and then seeks to spin it, bury it, or muffle it via thought, speech, and information control. Where speech and information are free, this is a lot more difficult. Sure, the Cultural Marxist power class can pay the press to lie or simply own the presses themselves, as it is wont to do, but it can’t control the internet or public fora or free associations of people. In nations like Sweden and the UK, however, speech and information are not free. Thus, illegitimate and totalitarian laws fill the gaps they can not here in America. The only information widely available to people in much of Europe is information that legitimates the power and the wrongs of their illegitimate Cultural Marxist hegemons. Much of Europe is where America was two decades ago. The only information many Western Europeans receive is through the MSM, which is to say it is controlled information, adulterated information, bad information. 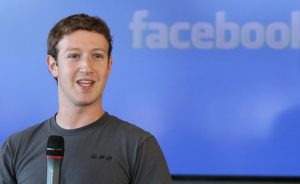 The stuff going on in Sweden, Germany and the UK (and also South Africa, though South Africa is a somewhat different case in a different region) is really shocking, and yet the Western World seems conspicuously indifferent to it all. The UK Government is arresting anti-Islamic dissidents, detaining right-leaning social critics visiting the country and even prosecuting comedians over offensive jokes, and yet the media is deafeningly silent! This should not be all that surprising, and yet it kind of is. I actually encounter many British citizens online who defend these fundamentally totalitarian “hate speech” laws and inherently illegitimate government actions. Hannah Arendt’s “banality of evil” is here folks, and it is all around us. 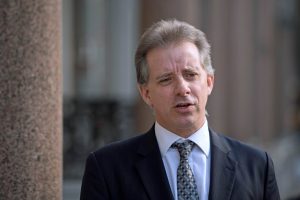 Western governments are facilitating the Islamic conquest of Europe. They are not just allowing it to happen, they are encouraging it, justifying it, financing it, supporting it. The UK Government is enforcing Sharia law when it comes to blasphemy. That is not hyperbole. It claims to be doing so under another banner, namely “combating hate”, but it is the functional equivalent of enforcing blasphemy laws. The Swedish Government systematically conceals the reality of migrant crime and the scale of the migrant problem from its citizens. Sweden and England are not slipping into totalitarian mindsets or modes of government. These nations are there. They have descended. Even the most trivially heretical acts against the state religion of diversity are zealously disciplined. These governments are not even remotely legitimate. Yet almost nobody seems to see what is really going on, and among those that do, few are brave enough to acknowledge it. Most people are in denial, and most of the remainder don’t want to bear the personal and professional costs of speaking the truth. 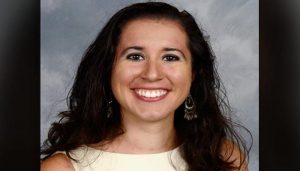 One of the interesting things about totalitarian societies is that the people within them generally see the unconscionable depravity of their fellow citizens and corrupt governments as in some sense normal. They adjust as it were, to the new, often stifling, sheerly outrageous social and governmental conditions. Ordinary people are often eking out a living in such societies. Totalitarian societies are often troubled ones, economically, morally, socially, etc. even if below the surface. Ordinary people don’t dare to speak out, given the potential repercussions, which have become magnified by the precarious social conditions. And those repercussions are all too real. The political left is unapologetic about its desire to fire, blacklist, shame, assault, and otherwise punish right-leaning individuals, simply on account of their ideas and associations. They’d like to see us all eating out of dumpsters, or better yet, in a Gulag, or lying dead in a hole somewhere. In such societies, remaining silent and docile to the evil going on about you often seems rational to ordinary folk, paradoxical as it may seem to an objective observer viewing such societies from without.

And we are there. Many outright absurdities can no longer be rejected or resisted in much of the Western World. Diversity is not “our greatest strength” and everybody with an IQ over 68 knows it, yet few speak up. Islam is not a “religion of peace”, and yet our insane Cultural Marxist overlords repeat this phrase over and over and over. We witness daily, vicious, tyrannical power structures enforcing orthodoxies with no basis in reality, a reign of soundless terror, like children under the roof of an abusive, drunkard patriarch, and we bear the costs of those insidious illusions as well. We do this all with pursed lips. Free societies just do not countenance, let alone celebrate, risible fictions and outright absurdities. It takes the routine, systematic abuse of power for them to do so. I have always said that the way in which whites deny their own racial existence, is itself indirect evidence of at least a soft totalitarianism in play here in America. Solzhenitsyn once said about the Soviet Union, “In our country, the lie has become not just a moral category but a pillar of the State”. Is this brilliantly compressed insight any less true of the modern, Cultural Marxist West? I think not. 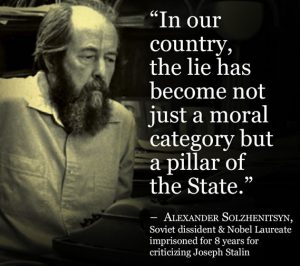 The egalitarian fictions, especially those concerning race, which served as the foundation for the last sixty years or so of Western public policy, are crumbling before our eyes. The rainbow utopia in South Africa is the canary in the coal mine. Changing the South African Constitution so that the government can strip white farmers of their land without compensation, and terrorizing white farmers all over the country via terror attacks and gruesome displays of violence, was not supposed to be the future of South Africa, but it is the present, make no mistake about it. In a certain way, the media must ignore, downplay or deny these shameful developments and atrocities. To acknowledge reality would force them to come to terms with the failures of their own policies, and even with the clutter of falsities in their own minds. 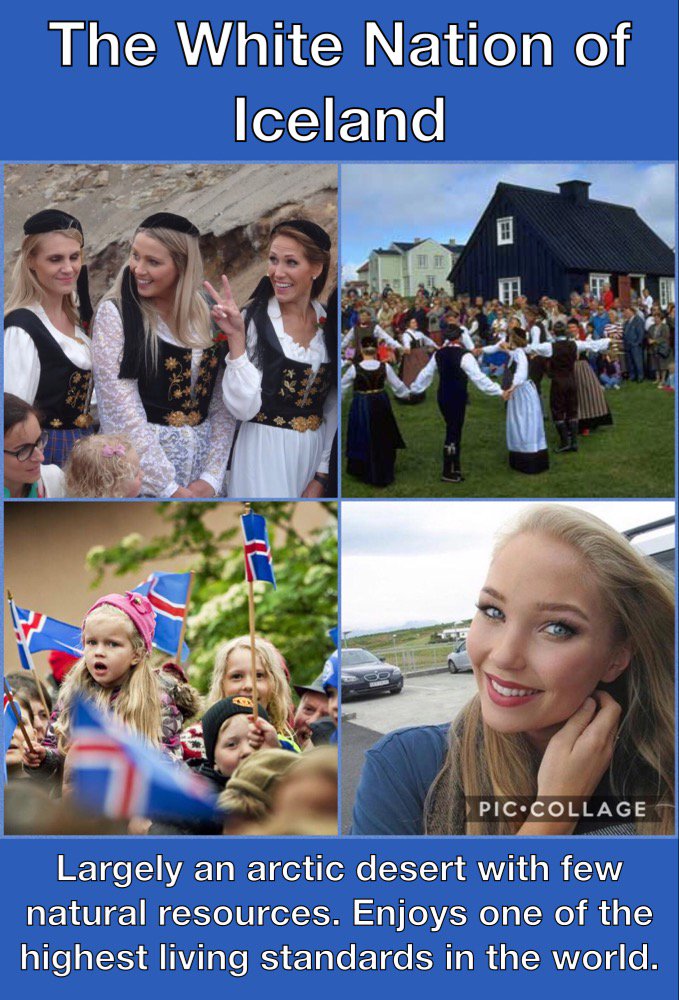 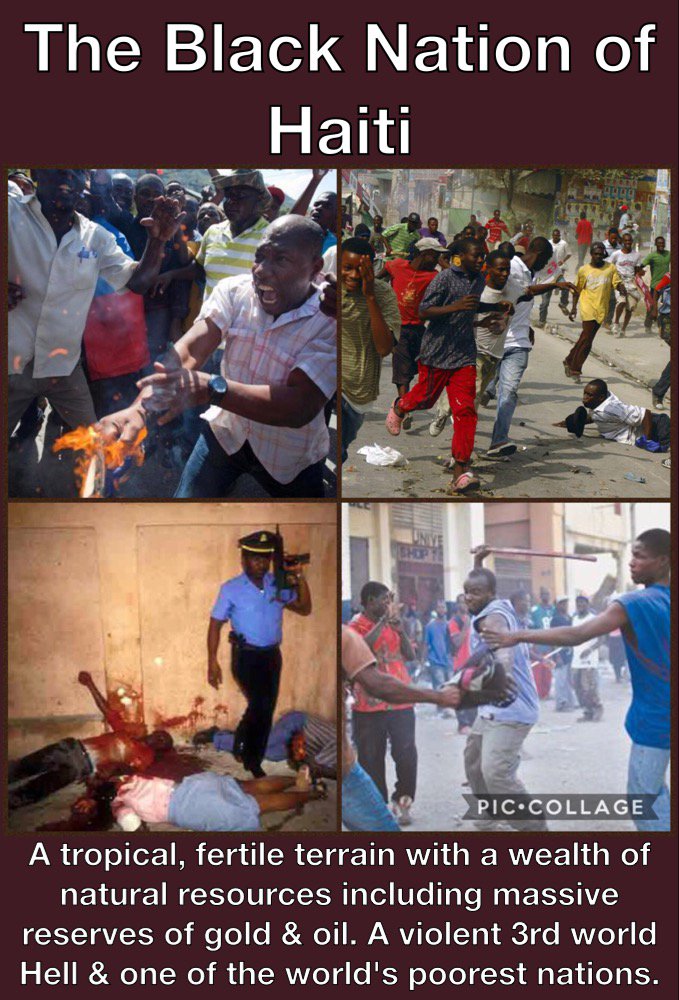 In the aftermath of Count Dankula being charged and convicted of teaching his dog to salute Hitler with his paw (I kid you not, that is a punishable offense in the UK), one prominent comedian had finally been pushed beyond his limit. Ricky Gervais tweeted his outrage and came out in defense of free speech shortly after the verdict was made public. This is not the first time, however, that innocent Brits and even non-Brits have been detained, fined, or even imprisoned for mere speech and association in the UK. In fact, it is becoming increasingly common on that island asylum known as Britain. This is a free, democratic country? Ha! That’s the real joke. So, while I don’t know where Ricky was the prior thousand times these travesties of justice occurred, his newfound courage is more than welcome. That said, one famous man speaking out is not nearly enough. The British people should be in the streets rioting, they should be demanding his release under threat of mass-scale unrest, they should be taking up arms, they should be at the government’s doorstep.

The banality of evil is an all-too-real phenomenon. As our governments abuse us and terrorize us, the masses keep their heads down, addicted to their iPhones and petty amusements, while a zealous minority of brainwashed dullards cheers the government on: “Get those Nazis!” Some even go out in public to show their support for their government’s ethnic cleansing campaign against them: “Refugees welcome!” Nevertheless, imprisoning people for jokes and words and ideas is not a mere error in governance, it is morally indefensible, a crime against humanity. And yet nary a whimper from most. The British Government and the Swedish Government are not ashamed of what they are doing though, they are quite proud of it, they think totalitarianism is a small price to pay for nobly combating “hate”. Truth be told, our leaders should be hanged and our dissidents, comedians, and intellectuals set free. Only the former are criminals. Thus the question arises: How much longer will white, Western people remain passive under the yoke of Cultural Marxist tyrants waging a war against their essential liberties and their very existence? How much longer will we casually tolerate evil? When will we actually confront it?