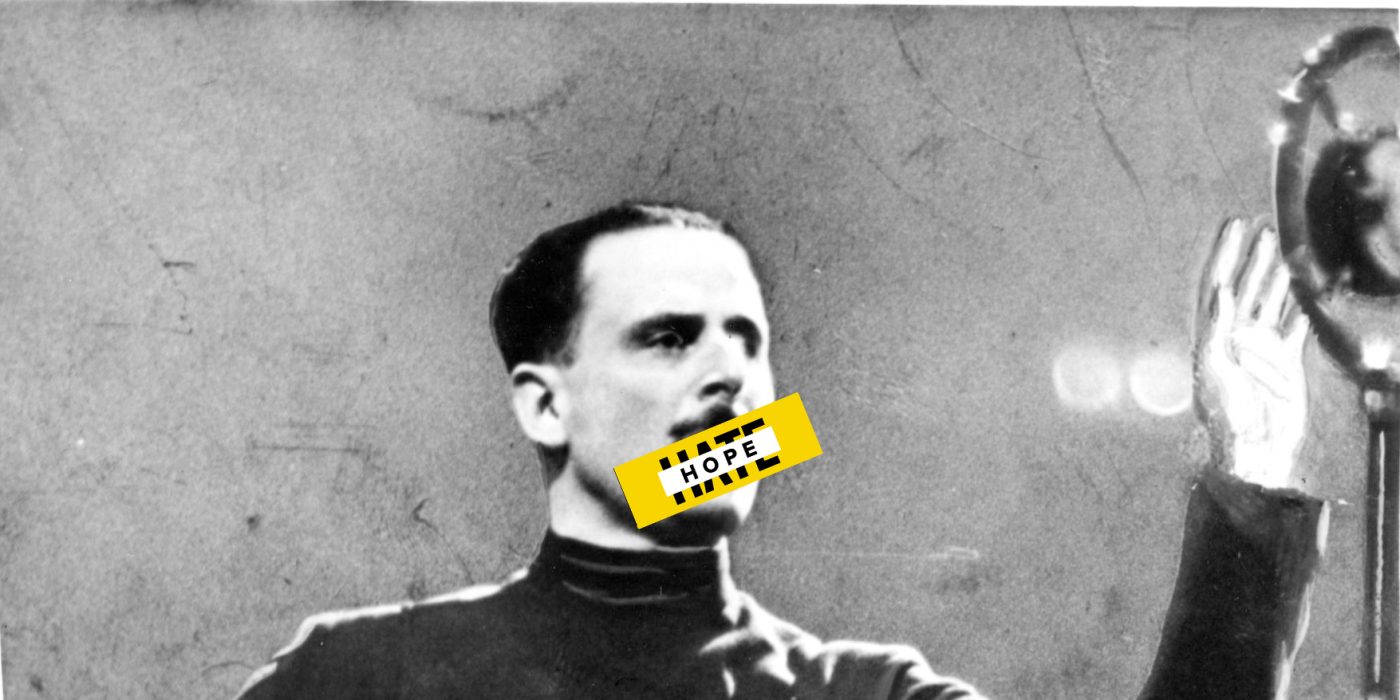 Hope Not Hate is at it again—and this time it aims at nothing less than removing “extreme and dangerous books” from major online booksellers.

We all will surely remember “Hope Not Hate” and its guileless, perfectly even-handed investigation into the Alt Right of last year, carried out by a young paragon of virile candor named Patrik Hermansson. Alas, but poor Patrik, despite wasting an entire year play-acting in some of the major circles of the True Right, was unable to unearth anything whatever about them that cannot be readily found on their public websites—and Hope Note Hate was reduced to manipulating the scanty material brave Patrik brought home, to rather underwhelming results.

Little has been heard from our friends over at HNH since then, and one might have hoped that, following this embarrassing failure at espionage, they had retracted into the shadows whence they emanated. But an announcement four days ago from their chief executive entitled “Retailers Quietly Remove Hate Material from Sites” reveals otherwise.

It seems the tireless do-gooders at HNH have been petitioning various booksellers, including Amazon, to “remove from their websites some of the most extreme and dangerous nazi, racist and Holocaust denial literature ever published in the English language.” The article boasts that the HNH campaign “has resulted in 84 … books being removed from the websites of WHSmith and Foyles” (two major UK booksellers), putting HNH at the proud forefront of today’s rash of literary censorship.

This is the new frontier in the wave of censorship which began to form with last year’s evidently coordinated attacks against the Right on the part of Twitter, Youtube, Facebook, etc. etc. Just recently, Amazon US has stopped selling physical copies of all those works of Alexander Dugin published by Arktos Media. (The Kindle edition, oddly, remains, as does a handful of exorbitantly priced hard copies; the titles also continue to be available from Amazon UK.) Obviously, no warning of this, not to speak of an explanation for it, has been forthcoming from Amazon. We cannot say with certainty that this “quiet removal” of our books has anything to do with HNH’s campaign—but neither can we be certain that it does not.

Be that as it may, HNH has a great many other titles in its sights, and among them, many published by Arktos. As true proponents of the freedom of ideas in our day, neither Arktos nor AltRight.com can let this stand unchallenged.

Let us begin with the “most extreme and dangerous nazi, racist and Holocaust denial literature ever published in the English language.” That is racy; one is almost eager to see what our intrepid friends at HNH have discovered in their quest to eradicate evil from the digital bookshelf.

Fortunately, they have compiled a helpful list. They note that this list is far from comprehensive: we can take it, then, as a selection of but the most indisputably heinous of the “huge quantities of extreme hate content” they claim to have identified in these naughty booksellers. HNH targets, among others, the following icons of unbridled and rabid misanthropy: Alain de Benoist, Julius Evola, Markus Willinger, Kevin MacDonald, Greg Johnson, and Tomislav Sunić.

To anyone who has read these authors (clearly, no one at HNH has ever fallen into such temptation), the idea that any of them are motivated by hatred is simply laughable. To be sure, they may very well be wrong on any number of points; no one denies this, not even the authors themselves. But if error is an index of hatred, every human being alive must be as a gushing fount of loathing.

To say it again, this list presents only a fragment of those titles which HNH would like to see removed from major booksellers, and thereby driven to the dark peripheries of the literary world. We are evidently to take it on faith that any further names added to this list by HNH’s “Right Response Team” will be chosen for the best of reasons—but as we have just seen, even the short list itself utterly gives that idea the lie.

Since HNH claims to be acting on behalf of the public welfare, and since it has already enjoyed some degree of success in its irrational campaign, the public is certainly justified in asking how it goes about making its determinations as to what constitutes “hate speech.” Let us see if HNH can defend itself.

It is obvious that clear and objective standards need to be defined before one can even begin to formulate an apt judgement on the “hatred” of a single book, not to speak of an author entire. HNH not only does not provide anything of the sort, but it evidently has no intention of doing so. We have not the faintest idea why it puts Tomislav Sunić on the same list as Arnold Leese. HNH evidently prefers to follow the convenient path laid down by the ADL and the SPLC, delivering arbitrary “authoritative” judgements on men, ideas, and associations without ever so much as hinting at what criteria it might be using to produce them.

Though HNH nowhere indicates any standards or criteria for identifying “nazi, racist and Holocaust denial literature,” it does provide two arguments in defense of its desire to ban this kind of literature from major sellers: first, “that major mainstream book sellers … should not profit from extreme hate content such as this”; second, “that these extreme books and authors gain respectability by virtue of their publications being available on the websites of trusted and mainstream sellers.”

To begin with the second argument, HNH claims that the presence of a given book, say, on Amazon, gives that book’s contents a certain respectability in the popular regard. We evidently must conclude then that self-destructive and indiscriminate drug use, the deliberate employment of violence against political adversaries, the forcible overthrow of the state, Islamicist anti-Westernism and antisemitism, uxoricide—we could go on—have all “gained respectability” thanks to the presence on Amazon of specific titles. Is HNH prepared to do something about any of this, I wonder?

If the overall argument is simply that respectable booksellers should restrict themselves to selling respectable material—very well, there is something to be said for this. But one must be consistent here: one must recognize that the entire book market, on Amazon or wherever else you please, has become a mephitic sewer in desperate need of radical cleansing—and one must campaign accordingly. Until HNH is prepared to place The Communist Manifesto beside The Protocols of the Elders of Zion as examples of “dangerous books,” “moral degeneracy” amidst its other three lists, and the Far Left beside the “Far Right” as  categories of “extremism,” its campaign will never be anything other than an instance of wretched, dogmatic, and hypocritical partisanship—as indeed the entire organization has always been.

Just a few of the book titles indicted on HNH’s hit-list: de Benoist’s Indo-Europeans, Willinger’s A Europe of Nations, and Evola’s Meditations on the Peaks: Mountain Climbing as Metaphor for the Spiritual Quest. When works like these are offered as examples of “extreme hate content,” it is clear that all objective standards have flown out the window.

In light of HNH’s failure to provide a definition of the “extreme hate” they are so ready to denounce and even to censor, we must assume they are incapable of articulating such a definition. Let us then, as the magnanimous souls we are, come swift to their aid: concretely speaking, an act of extreme hate can be defined as any act motivated by an impassioned and unreasoned animus against certain men or ideas—animus so powerful that it seizes hold of one’s rationality, leading one blindly to commit injuries or injustices against the men or ideas in question, without first attempting to understand them in even the most superficial of ways.

Given this, we can safely conclude that Hope Not Hate is a much more dangerous purveyor of hate, than the better part of the authors it would smother.