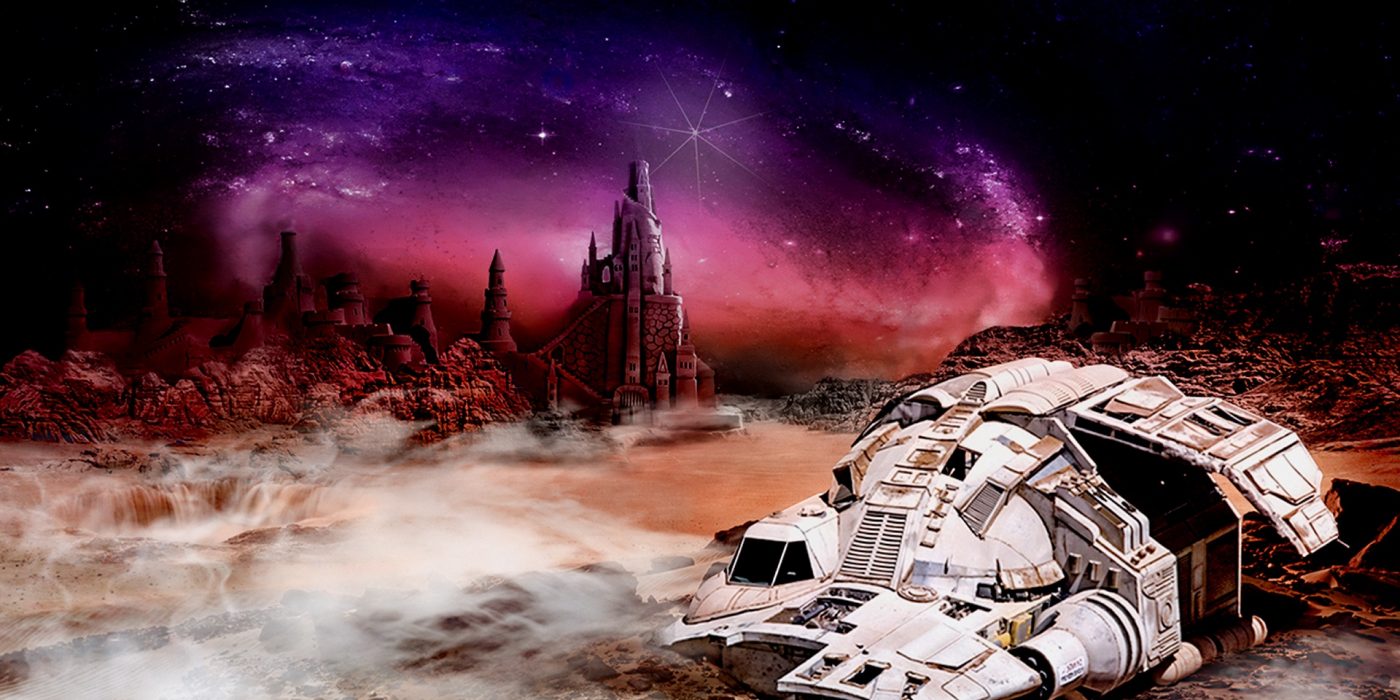 Archeofuturism: I Have a Dream!

Archeofuturism advocates the advancement of the white race by revitalizing it through a combination of archaic traditions and futuristic visions.

Archeofuturism is the organic principle that heralds the marriage of antiquity with postmodernism.

Guillaume Faye, who established the philosophy of Archeofuturism, says:

Archeofuturism … enables us to make a break with the obsolete philosophy of progress and the egalitarian, humanitarian and individualist dogmas of modernity, which are unsuited to our need to think about the future and survive the century of iron and fire that is looming near.

Archeofuturism must be seen as a synthesis between revived archaic values and ideals and a futuristic and Faustian spirit in the sense of scientific and technological exploration in the service of the European peoples. It is about nothing more than a complete transformation of the white race, which in the future will be animated by a sharp vision of progress and an absolute will to power. Inspired by the idea of freedom inherent in its own nature, the white race will then finally fulfill its God-given destiny, namely the assumption of its leading role in the world and the subsequent colonization of the cosmos. Many races were and are subject to the turmoil of fate. The white race is at the helm of destiny and is familiar with the task of advancing evolution, eventually building the Galactic Empire of the never-ending end-time. Dispersing its seed into the vastness of the universe, the white race will finally become part of the totality of being and the depth of boundlessness.

Guillaume Faye also speaks of a “convergence of catastrophes,” which could turn out to be a blessing in disguise. A natural disaster combined with a massive military conflict, for example, could bring about the desired paradigm shift. In short, without bread and games and robbed of prosperity, the majority of the race will remember what is really important and in the true sense creative, namely the preservation and promotion of one’s own. Without circumstantial coercion, the situation cannot be reversed. Like the Phoenix from the ashes, the race, newly winged again, will soar out of the old ruins to new heights and glide through the ether towards a noble goal.

Guillaume Faye’s vision of the future states that because of increasing pollution and decreasing resources, the majority of people will live in agricultural conditions and in villages, with the accompanying superstition and spiritualism – back to the Middle Ages! Only a small elite in the remaining big cities will be educated enough to worship technology and progress. As the guardian of the Faustian heritage of the white race, this elite will hold up the flame of the striving for eternity. Personally, I am against this system of a two-class society, as it logically carries the germ of a coming class war in itself. It would be better to send the surplus of people to distant planets as colonizers. Instead of Faye’s concept of neofeudalism, a strictly racial and technocratic socialism should be introduced as state doctrine.

Archeofuturism preaches the eternal values that could become meaningful again after the catastrophes, namely: the ethnic and spiritual traditions handed down from generation to generation (to ensure the preservation of the race-soul), the strict separation of gender roles, the establishment of organic and hierarchical communities, rights derived from duties to the people, and, most importantly, the definition of the people as a “community of destiny.“ In contrast to today’s individualist society, in which everybody intrigues against everybody else, this is a community in which all its members work closely together to realize the goal of merging the old, the coming and the eternal!

Ethnopluralism is defeatism since it represents only the right-wing variant of leftist and liberal multiculturalism. Alain de Benoist takes it as an inevitable fact that foreign tribes, which have set themselves up in Europe by the millions, will never leave. Benoist believes that the best solution would be for ethnic enclaves to form in Europe, meaning that each ethnic group should stay among themselves and indulge in their own traditions. Faye says that this is unacceptable. Europe must become ethnically homogeneous again, at any price. A multiracial Europe has no future and is not worth defending in any way. To adhere to the New World Order, as ethnopluralism does, means nothing more than to make common cause with the enemies of the white race.

No people have the right to be different. According to Faye, there exists only the CAPACITY to INSIST on the difference and to defend it. Each people and each race can only care for itself. There is no godlike protector of so-called “oppressed peoples.“ Why should we worry about the Palestinians? Are the Palestinians also concerned about the survival of the European peoples? That may be doubted.

The philosophy of ethnopluralism falls into the trap of cultural relativism. That is, it states that all peoples and races have the same value. Of course, this is not the case. A race that can fly into space is certainly worth more in the cosmic sense than a race that drums in the bush and hops half-naked through the woods. The Darwinian principle of survival of the fittest is also an iron law in the struggle between the races. Therefore, if the Europeans cannot prevail, they deserve to be erased from evolutionary history.

Archeofuturism fuses the heritage of the past with future conquests and so-called transgressions, such as transhumanism: a human-machine symbiosis that will enable us to develop unprecedented capabilities that are as yet unimaginable from a purely biological standpoint. Cybernetic knights of the high-tech morning will be equipped with yesterday’s ideological armor in order to emerge victorious against the enemies of the Occident in the final battle. Archeofuturism provides only two different future scenarios: total victory or glorious demise! The path of Europe’s future leads either to the ever-ascending light of transcendence or to the eternally dark night of oblivion. It is about all or nothing!

TopicsArcheofuturismGuillaume Faye
Share on FacebookShare on TwitterShare on RedditShare on VKontakte