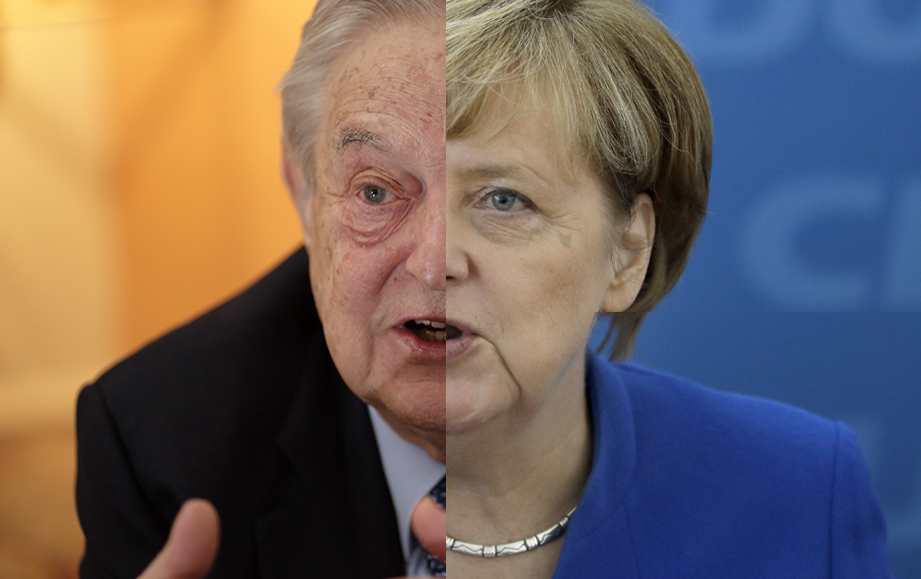 The Schengen Agreement might be suspended in Germany—but can Europe really change its face?

In yet another delectable blow to the harried Merkel Regime, newly appointed German Interior Minister Horst Seehofer has recently suggested that a temporary suspension of the Schengen Agreement is in order, and a complimentary strengthening of Germany’s national borders, until such a time as Europe is able to secure its own. In his words: “Internal border checks [between EU member states] must be in place so long as the EU fails to effectively control the external border. I don’t see it being able to do this in the near future.” In ours: until the European Union is capable of transforming itself into a political regime, it cannot pretend to dictate the politics of any of its member states.

Given the nature of the Union today, hardly can we critique the trend of Mr. Seehofer’s suggestions. But his analysis of the reasons for this necessity rings a false note. It gives one the distinct impression that the European Union has long been striving to secure its borders, but has, by some misfortune or handicap, simply been obstructed in this. Be it from excessive bureaucracy, or from the squabbling and incompetency of its various components, etc., this poor awkward beast just doesn’t know how to scratch itself clean of the fleas streaming upon it.

Now, even if this were true, it is surely most telling that the bureaucratic monster of the Union, which has for too long now had its thousand officious fingers in the pettiest details of Europe’s affairs (decrees imposing the kind of light-bulbs that can be utilized, decrees enforcing the use of pesticides by small farmers, and decrees regulating the curvature and size of the bananas and cucumbers sold in local markets, just to name a few gems), cannot pass even provisional measures on one of the most vital issues confronting any emergent state: border control.

It is also difficult to understand how such a failure is possible. It is obviously not more difficult for the periphery states of Europe to defend that limited portion of their borders adjacent to non-European nations, than it is for them to defend all their borders—those internal and external to Europe both—as they are presently more and more often forced to do. The will to do so is not lacking in certain of these countries; several of them  (Austria and Belgium, for instance) have already suspended Schengen in order to face immigration on their own terms; and several of the major periphery states (e.g., Poland, Hungary, Greece, and Italy) have demonstrated at least a sporadic resolve to protect Europe’s southern gates. But when has Europe ever aided these efforts, in speech, money, or deed?

In point of fact, the European Union has never so much as attempted to defend its borders, and has to the contrary done everything possible to keep them open as a barn door for whatever homeless beasts might care to settle in the straw. It has insisted time and time again on dividing immigrants equitably throughout Europe (doing absolutely nothing, in the meanwhile, to aid those countries which are overwhelmed by their initial arrival), without ever setting forth even the most proposal for staunching the flow in the long run. And most damning of all, on all those occasions that any European country has attempted to unilaterally manage its “migrant crisis” (an intolerable European euphemism for abetted colonization), the Union has been swift to attack them for it.

But a few examples. When Orbán first began to refuse waves on waves of aliens from the South, did the Union ever so much as suggest that Hungary’s protection of European borders might be a boon to anyone involved? Or again, when Italian Prime Minister Gentiloni decided last year to close Italian ports to non-Italian NGO boats, who else was it but the European bureaucrats to call this a breach of European regulation? (Fortunately for everyone, that crisis was tidily resolved when one George Soros flew down for a little chat with Gentiloni, who suddenly and mysteriously changed his mind.) Or finally, when the migrant crisis really hit its stride in Europe some few years ago, where was it that Europe immediately began to allocate its funds? To stronger and more efficient border checks in Italy, in Greece, or in Hungary? But hardly. It funneled all its money into building so-called “refugee centers,” preparing measures for “assimilation” and easing the path for the burdened feet of these swarthy hordes.

The guiding tendency of the European Union really aligns rather nicely with the globalist project of certain extraordinarily powerful, and unfortunately extraordinarily wealthy, men, who are themselves neither bureaucrats nor even politicians, who seek nothing in this world but their own profit, and who most evidently find their profit to lie precisely in the European Union’s borderlessness. It is not an accident that the man whose face heads this article (which man, the reader will ask?) has penned numerous articles promoting open borders and unlimited immigration, and has himself funded many of the same NGO ships which, as is demonstrated again and again, really work as ferry services to African “refugees.” The Union, in all of this, is either incompetent or complicit.

We therefore cannot help but be pleased that Germany has even mentioned the possibility of suspending Schengen. Germany in everything it does makes a strong precedent, one that in this case might serve as a powerful tool in the hands of the growing nationalist currents throughout Europe. Euroskeptics would also be happy to see the European behemoth take another, and in this case very bitter, blow; and those who believe that the European Union must not be obliterated so much as remade, might perceive certain possibilities opening thanks to this temporary rupture in the European fabric.

Yet caution is warranted: there was even an article published by a certain, to our eyes thoroughly disreputable, organization known as the “Carnegie Endowment for International Peace,” (a saccharine mouthful, to be sure), which argued that a Union-wide suspension of the Schengen Agreement is actually a means for salvaging Europe and forcing its member states to “work together to deal with the migration crisis.” It is not hard to see why. Immigration is at present the major engine of populist dissatisfaction. Taking the edges off that dissatisfaction now in order to preserve and continue its hidden causes, is no doubt at the top of the priorities for those who really rule in this world.

This is a danger I have mentioned before in the context of the Italian elections, and it is one I will surely mention again: namely, the danger that we succeed a quarter of the way in attaining our vision—just enough to dull the populist spur, and to bring the smothering blanket of blind complacency back down upon our people, thereby guaranteeing the long-term victory precisely of those who would destroy us.

Needless to say, this is hardly a call to cease fighting; it is merely a reminder that our own arms, if we are not wakeful in their use, can be turned against us. We must hone our instinct for where the true center of gravity lies in today’s politics, which is not often easy to uncover in the moralistic pomposity and misleading pretensions to transparency which characterize the democratic regime. We must hone this instinct, I say, both in ourselves and in each other; for only as we understand the true “order” of today’s political regime, can we ever succeed in bringing reasonable opposition against it, or preparing ourselves for any opportunities that might arise for us on occasions like the present.

Simple advice toward that end: read your Machiavelli.

TopicsEuropeeuropean unionGermanyhungaryimmigration
Share on FacebookShare on TwitterShare on RedditShare on VKontakte