Conservatism Is A Gun-Free Zone 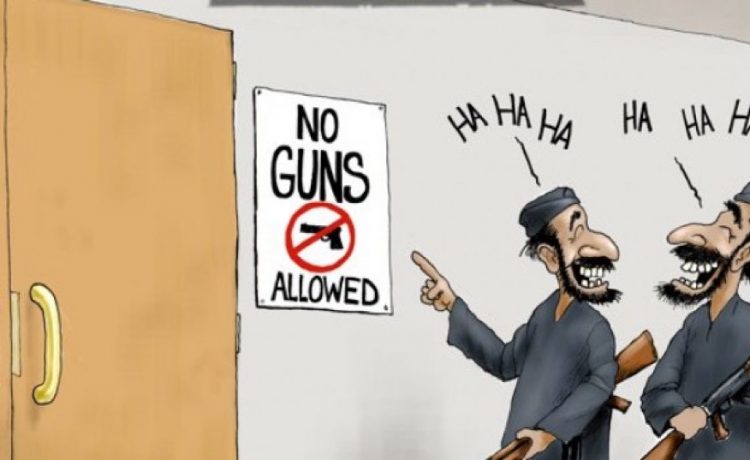 We are too noble and impractical to defend ourselves.

Conservatism is a gun-free zone. What I mean by this is that in the name of absolutist thinking, conservatives have disarmed themselves and are letting the left pick us off one by one.

The left loves power and routinely relies upon the illegitimate use of it to advance its cause. The left is censoring the net, because much like with the television before it, the left can’t win the debate otherwise. It needs censorship to thrive.

Republicans, on the other hand, are doing nothing about the systematic censorship of the right by Big Tech and major social media corporations. They are doing nothing because they claim to strongly oppose the regulation of private businesses. Never mind that Silicon Valley’s censorship campaign is rooted almost exclusively in ideology, not economic self-interest, and ensuring Silicon Valley treats righties and conservatives fairly would not affect the bottom-line of tech firms even marginally. Never mind all that.

What’s more, I’m pretty sure we crossed the Rubicon long ago when it comes to anti-discrimination laws and most other forms of economic regulation. Unless conservatives want to repeal the Civil Rights Act, it’s time for them to come to terms with certain types of economic regulation and even embrace certain types when it is wise for them to do so. The conservative obsession with not regulating businesses is not merely impractical at times, it is downright absurd. It is like pissing into a tsunami. 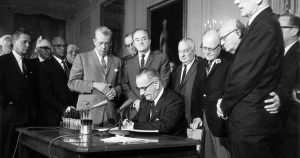 The political left, on the other hand, is consumed with protecting its own, and it uses economic regulation to do so all the time. Any voting demographic, whether racial, religious or ideological, it thinks is on its side or could be on its side, it acts to protect. That is the left’s bread and butter, making sure its people are protected and its voices are heard. Yet our supposed leaders on the right refuse to protect the voices and the interests of our best minds and biggest advocates, no matter how badly our side is being screwed.

There seems to be no balancing in this childish anti-business-regulation way of thinking on the right either. After all, is no interest or issue in the whole wide world important enough to considering regulating business over? Shoot, democracy itself depends upon open debate. Trump would not have won without the Alt-Right’s troll army and grassroots conservative activism on the web. That’s just a fact. Social media is the public forum of the modern age. We must not allow Big Tech to silence our people systematically. It is not only our cause which depends upon it but our system of government. Vladimir Putin is no match for Silicon Valley when it comes to methodically undermining American democracy. Yet the dullards on Capitol Hill don’t seem to understand this.

What we are doing by shunning all manner of economic regulation, especially those types that protect certain classes of people, is allowing the left to have a monopoly on this power. We are undercutting our own people and our own cause for what is effectively virtue signaling! If conservatives are not going to actually repeal the Civil Rights Act, then they should be adding to it. Political orientation/ideology should be made a protected class/category. Heck, we could even get it passed with bipartisan support, if we are willing to add sexual orientation to the list simultaneously. The reality is, the right needs protection from discrimination now more than ever in America, and sexual preference is going to wind up on that EEOC list at some point in the future anyway. 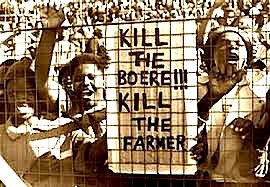 Absolutistic, maladaptive thinking is bad thinking when it comes to war, and make no mistake about it, we are at war. The left wants to disarm us. They want to take not only our guns but our words as well. Why are we letting them do that when we have the means to stop them? It is madness. And all the legislature has to do is ensure an even playing field when it comes to online debate! That’s it. We should subject social media to more or less the same legal standard as the government itself when it comes to content and viewpoint discrimination, which is to say we should essentially forbid both. 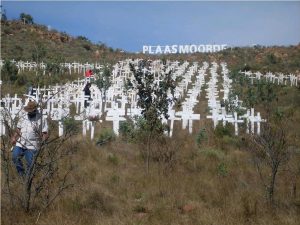 If the right wishes to survive, we must become more flexible in our thinking. We must consider not only principles but ends. This is something white South Africans failed to do circa 25 years ago when they opted for total societal and governmental integration. Now their land is being seized by vicious Marxists and racial revanchists in the name of wealth redistribution. The rainbow utopia of South Africa is fast becoming about as polychromatic as coal tar, and a place where social justice comes first and capitalism last. So I ask: what good is a principle if it only defeats itself in the long run?