This is a really funny article. First and foremost because there are a lot of non-Whites that got classified as Alt-Right by Salon. You’d think that would be an immediate red flag, no?

Let’s start with these three, featured so prominently as the article’s main picture.

Dylann Roof made no mention of any Alt-Right website in his two-part manifesto/letter. He did seem to have found a report on crime statistics by the Council of Conservative Citizens. He was shocked to learn of the glaring discrepancy between Black and White crime.

Living in the South, it seems unlikely that Dylann was unaware of the violent nature of most blacks, but perhaps he wasn’t aware of the sheer scope of it all.

One day he popped a bunch of pills and shot up a church full of Democrat voters. Very tragic and all that I’m sure. But it is impossible to blame that on the Alt-Right.

As I mentioned before, he clearly wasn’t even aware of the movement.

I am certain that if he found the TRS Forums or Stormer or the Chans, he would not have done what he did. More than anything, he seemed to be under the impression that he was entirely alone in the world. Many young White men feel the same way. The online Alt-Right communities serve as places for like-minded young men to meet and let off some steam. For the most part, they encourage young White men to not get dispirited and promote self-improvement amongst themselves, not random acts of terror.

Moving on to the guy in the middle. This is the famous beta hapa turned mass-killer, Elliot Rodger. There was no racial motivation behind his attack. It was clearly an attack aimed at getting revenge on hot girls. I mean just listen to his words in this video:

How in the world is this guy classified as Alt-Right? Baffling.

Last I heard, he has not yet been ruled guilty of anything. He has a very strong case that he can make that this was self-defense or just an accident. Some internet sleuths have dug up interesting extra footage that seems to vindicate him.

Hell, there’s also no proof that Heather Heyer even died from a car hit. It seems that she died of a heart attack. And when you consider all the excitement plus the fact that she was obese, it really does raise doubts about whether she was “murdered” or whether her heart gave out from the stress.

The J-Left media can’t keep just accusing people who are innocent before being proven guilty of being guilty…but they just keep getting away with it.

And it turns out that Salon is referencing a report by the SPLC.

Our humble site is mentioned, including an article written by a certain Vincent Law.

I’m not sure how anyone could interpret my article as a green light to go on school shooting sprees, but then I’m clearly not as clairvoyant as the almighty SPLC.

I guess I should take the opportunity to disavow school shooters? Alright, I disavow. Not sure why I should ever support school shooters to be quite honest. That’s an incredibly edgy and…rather outlandish position to take. Besides, a solid portion of these shooters seem to be mixed-race kids who target White kids. Like Chris Harper-Mercer, who by the way, is also considered Alt-Right by the SPLC. 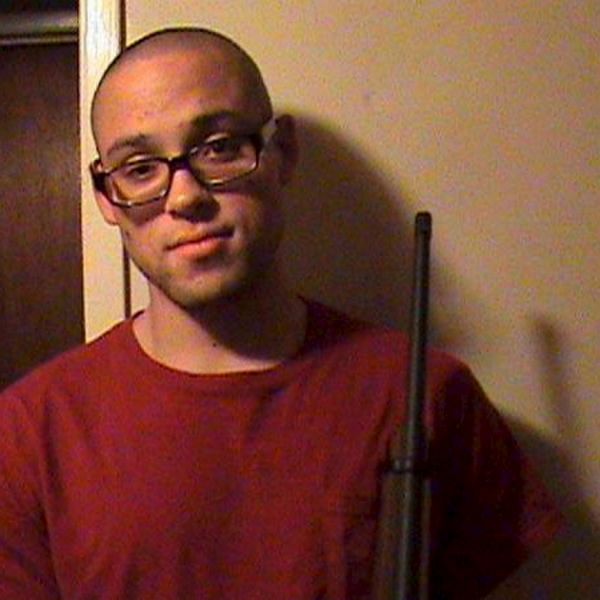 Even though, you know, he’s clearly non-White.

At this point, everything and anything that is dangerous and scary is being labeled Alt-Right by the J-Left media. Hell, I fully expect the next Islamic terror attack to be blamed on us as well. But until then, I guess they have to push blame for the mass shootings on us, because asking hard questions about why the United States has denigrated so far so quick would mean raising questions about diversity, atomization and degeneracy.

And only the Alt-Right is willing to ask those kinds of questions.