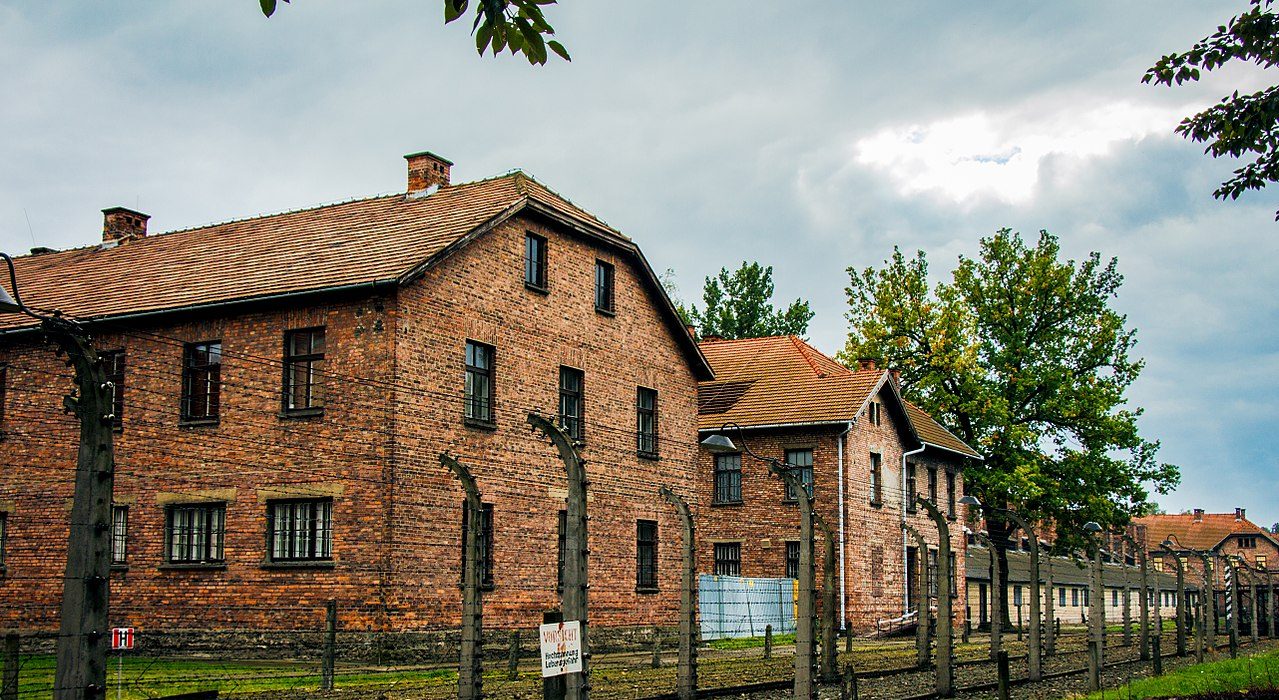 They're playing a dangerous game.

Poland has been in the news lately. They actually passed a law that made it illegal to guilt Poles about the Holocaust. This really shouldn’t be as controversial as it has become. It reads:

Whoever claims, publicly and contrary to the facts,” the law reads, “that the Polish Nation or the Republic of Poland is responsible or co-responsible for Nazi crimes committed by the Third Reich or for other felonies that constitute crimes against peace, crimes against humanity or war crimes, or whoever otherwise grossly diminishes the responsibility of the true perpetrators of said crimes — shall be liable to a fine or imprisonment for up to three years.

If we are to take the standard narrative about the Holocaust, then in what language was “Arbeit Macht Frei” written?

Certainly not in Polish.

This means that even taking the non-revisionist view on the events of the second world war as your given, you would still have to conclude that Poles were not to blame for what happened in places like Auschwitz.

In fact, there is ample evidence to suggest far more Poles were killed by the Germans than Jews.

So why then the controversy about the law passed by Poland’s congress banning propaganda that lays the blame for the Holocaust at the feet of the Poles? Why was Netanyahu sent to the scene to brow-beat the Polish president?

And sheer chutzpah of this New York Times article is something else:

WARSAW — President Andrzej Duda said on Tuesday that he would sign into law a bill making it illegal to accuse “the Polish nation” of complicity in the Holocaust and other Nazi atrocities, a measure that has roiled relations with Israel and the United States, and spurred claims that the nationalist government is trying to whitewash one of the bloodiest chapters in Poland’s history.

Opponents have predicted that the law — which prohibits, among other things, the phrase “Polish death camp” — would stifle free speech and put questions of historical accuracy into the hands of judges and prosecutors who may be more motivated by politics than scholarship. Despite weeks of ferocious criticism from other nations and from independent scholars, Mr. Duda’s right-wing Law and Justice Party pressed ahead with the bill.

So when countries pass laws banning critical examination of the Holocaust, that isn’t “stifling free speech.” But when a national government wisely bans the use of guilt-propaganda against its own populace, that’s a civil rights violation or something.

These Jewish double-standards are really breathtaking.

Amusingly, the article mentions spoiled relations between the U.S. and Israel. In other words, the Jewish and Evangelical lobby that influences U.S. foreign policy, and the Jews that run Israel have a problem with any country not feeling guilt over the Holocaust.

God forbid we should all step over it and be proud of our history and our people. In their mind, we are all culpable to this day for what happened to the six million. And they also understand the power of guilt on the psyche of White people.

If anything, this law and the new Polish government seems to be on a collision course with Germany and the EU. I can’t help but admire the Poles leveraging their position as well as they have though. They know that Washington plans to use them against Russia, and they seem to be exploiting their advantageous position as best they can.

It’s almost like they have a carte-blanche to defy Germany’s demands to take refugees, defy Israel’s goy-bashing and continue to recieve money, weapons and training from the US.

We should be so lucky to have leaders like that in the West.