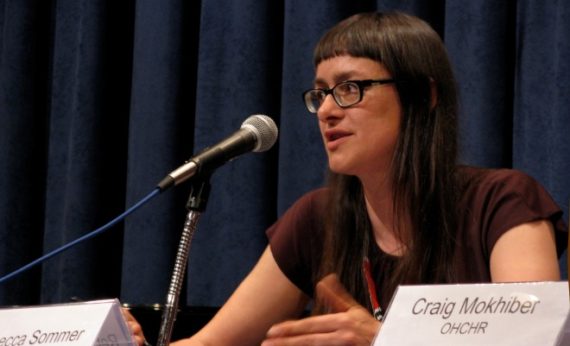 German Feminist Admits She Was Wrong About Muslim Migration, Flees To Poland

White Flight has begun in Europe.

Let’s assume that there isn’t a great popular peasant’s uprising in our time. What will happen to countries like, say, Sweden or Germany going forward?

I’ve put forward some scenarios before about how serious Islamization will occur, but let’s consider the following this time: what will the reaction of the native Europeans be?

I think we can draw on the experience of the United States in this regard. In particular, California comes to mind. To those who don’t know. Liberal Californians ruined their state. They opend the state’s borders to mass migration, accumulated debt and levied massive taxes to pay for it all.

Those that could, fled to states like Texas or Colorado which were more conservative, cheaper and Whiter.

I don’t think this model is unreasonable to apply to Europe going forward. First, let’s take a look at the case study of a Ms. Rebecca Sommer – a German feminist.

In 2012 Rebecca Sommer founded the refugee aid association Arbeitsgruppe Flucht + Menschen-Rechte (AG F+M) [Working Group Asylum + Human Rights]. At the end of 2015, this artist, photographer and journalist and documentary maker applauded Angela Merkel’s decision to open German’s borders to the “refugees” who had been blocked in Hungary, despite the vacuum effect this would create. “At that time I wanted to help everyone and truly believed that all these people were fleeing hell and were in a state of complete distress,” the German activist explained in an article published by the conservative Polish weekly  Do Rzeczy  on 15 January, discussing how she woke up to reality.

Oh boy, this is going to be good.

…”I thought their medieval view was going to change with time…but after having seen these situations occur repeatedly and observing what was happening around me, as a volunteer, I have had to recognise that the Muslim refugees have grown up with values that are totally different, they have undergone brainwashing from childhood on and are indoctrinated by Islam and absolutely do not intend to adopt our values. Worse, they regard we infidels with disdain and arrogance.”

“It was a jarring perception when I noticed that these people I had helped, who were eating, drinking, dancing and laughing with me, who didn’t pray, who didn’t go to the mosque, who didn’t respect Ramadan, who made fun of religion and deeply religious people, called me ‘the stupid German whore’ when they were eating my food and were in my garden.”

So what did she do upon realizing that she had made a terrible, civilization-ending mistake?

She thinks it is already too late for Germany and she plans to emigrate for her retirement. Political Islam is present everywhere, including in the government, in political parties, in the police and schools. With family reunification, millions of additional Muslim immigrants are going to come. In the German capital where she lives, entire districts are already dominated by the Muslim community which forms a parallel society.

Well there you go. She broke it, and now she’s washing her hands of the whole affair. Just a phase in her life, I’m sure. Now, did this woman, upon realizing her mistakes join the nationalist cause? Did she convince her liberal friends that this was a huge mistake, that they need to eject these invaders and take their country back?

Well, no. Of course not. Why would she? The instinct of most middle-class Whites with money is just to move to a better neighborhood. It seems to be fairly universal among our race.

It’s called White Flight and while we have only seen it on a local and state level in the West so far, there is reason to believe that we will start seeing it on a national level soon. Those that can afford to jump off the sinking ship, will. And most people with enough money to do so tend to be liberal. That’s just how the caste-ideology system we have in the West is structured. Most nationalists tend to be poorer, more affected by the day-to-day realities of multiculturalism.

Meanwhile, those who have money can insulate themselves from the ill effects while virtue-signaling on high. It makes one wonder…is being “pro-multiculturalism” just another bourgeouis way of showing off one’s wealth?

A sort of, “I can afford to send my kids to private school, so I don’t care” message that the uppers like to use as a status symbol? They seem to be hinting at more or less directly when they say, “they do the jobs Whites won’t do.”

Well, what they really mean is, “jobs that I won’t do” right? Because “I’m too smart and high-skilled for that kind of work, so I’m not intimidated by immigrants taking those jobs.”

It seems that you can easily make a traditional socialist class critique of liberals. It’s almost a shame that there are no real socialists left to make these critiques.

But back to the story. The next question is, if these SWPL migrants do in fact emmigrate to places like Poland in the near future, is that a good or a bad thing?

Well, looking at the California example again, we can say that this was a terrible thing for Texas. Places like Austin and Houston turned blue practically overnight. These people didn’t learn, and they spread their ideology like a disease to the next place they went.

Nationalists should treat people like this as they would people infected with the Bubonic plague. They must close the borders to them immediately. If I were Poland, I would start now. Leaving Schengen would be a very good start. Otherwise, they may end up in the exact same position as their neighbors in ten to fifteen years time.