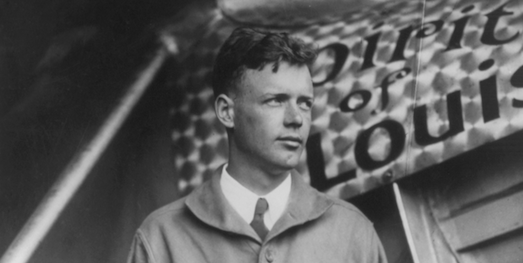 On this day in 1789 George Washington was elected the first President of the United States by the unanimous vote of the Electoral College. Washington earned his enduring reputation by waging what amounted to a guerrilla campaign against British troops, keeping his ragged army alive for seven years until French involvement helped end the war in 1783.

On this day in 1794 the first elected Assembly of the French Republic, led by Maximilien Robespierre, voted to abolish slavery throughout both France and its colonies. Robespierre had spoken out against slavery and colonialism throughout his political career in a debate that was then reaching a heightened pitch in response to the slaughter and turmoil of the revolt in Saint Domingue, or Haiti, as it is known today. “To punish the oppressors of humanity is clemency,” Robespierre urged; “to forgive them is barbarity.” Later that year Robespierre was executed by guillotine in the course of the Thermidorian Reaction.

It’s the birthday in 1902 of Charles Lindbergh, who in 1927 at the age of 25 flew the first successful solo non-stop transatlantic flight and whose later support of the America First Committee led President Franklin Roosevelt to publicly denounce him. In defense of his stand against American involvement in World War II and of his views on race, Lindbergh wrote,

We, the heirs of European culture, are on the verge of a disastrous war, a war within our own family of nations, a war which will reduce the strength and destroy the treasures of the White race, a war which may even lead to the end of our civilization. … We can have peace and security only so long as we band together to preserve that most priceless possession, our inheritance of European blood, only so long as we guard ourselves against attack by foreign armies and dilution by foreign races.

On this day in 1945 the Yalta Conference among the leaders of the three most important of the Allied nations began at the Livadia Palace in the Crimea. Although nothing to this effect was explicitly written down, it is generally understood that Winston Churchill, Franklin Roosevelt and Joseph Stalin agreed to the post-war partition of Europe. The parties at Yalta did sign a “Declaration on Liberated Europe,” which placed a great deal of emphasis on concepts like “sovereignty,” “democracy,” “free elections,” and “independence.” But in later decades, when the U.S. and UK stood by and observed Soviet acts of repression–when the Soviets put down the Hungarian revolution in 1956, for example, or when they led troops into Czechoslovakia in 1968–it was all but spelled out that these actions were being taken within a Soviet sphere of influence, the boundaries of which were decided at Yalta. In effect, Churchill and Roosevelt at Yalta ceded to Stalin much of the territory over which their countries had fought the Germans, Italians and Japanese.

We’ll put a bookmark there in your Alt-Right Almanac for Sunday, February 4, 2018.