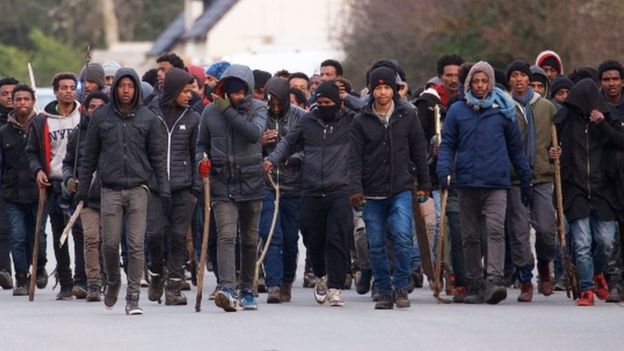 Who could have guessed that things could go badly?

The dust has settled on a massive riot at the new Calais migrant camp. All of these migrants are camped out in Calais to get into the UK. It seems to be possible, but not easy. Processing is slow and smuggling yourself onto a lorry has a low success rate.

I suppose the free gibs in the UK must be worth it though.

At least five migrants have been shot during a mass brawl between Afghans and Eritreans in the French port city of Calais, local officials say.

Shot? You mean with a gun? I’m no Dragnet, but that seems to indicate to me that some of these “refugees” are armed, no? Is this a cause for concern for the police? Who knows. I realized a long time ago that I am just shouting questions into the wind – and that I can get into a lot of trouble for asking them out loud.

Four Eritreans aged between 16 and 18 are in a critical condition in hospital. It is not clear what sparked the fight at a queue for food handouts.

Hundreds of migrants have converged on the area in an attempt to cross the Channel to the UK.

A sprawling camp known as the “Jungle” was dismantled near Calais in 2016.

Well, that’s strange. They say it’s been dismantled. And yet hundreds of people are still waiting to cross into the UK in the same place where the Jungle was a year ago. Is this then a new camp? A helpful Afghan gave an interview in the article. He says, “Calais will never go away”. Well, that clears that up, doesn’t it?

Interior Minister Gérard Collomb said the violence had reached a new level. In total, 22 people were injured in clashes in three separate places.

This is the worst outbreak between migrants in Calais for months, and the use of firearms is a worrying escalation, the BBC’s Hugh Schofield in Paris reports.

Ah, well they are indeed worried. That’s a relief.

Migrant camp brawls are nothing new by the way. They have flared up every step of the way into Europe. This one was on the Macedonian border:

The Calais camp, in particular, has had dozens of serious brawls over the years. 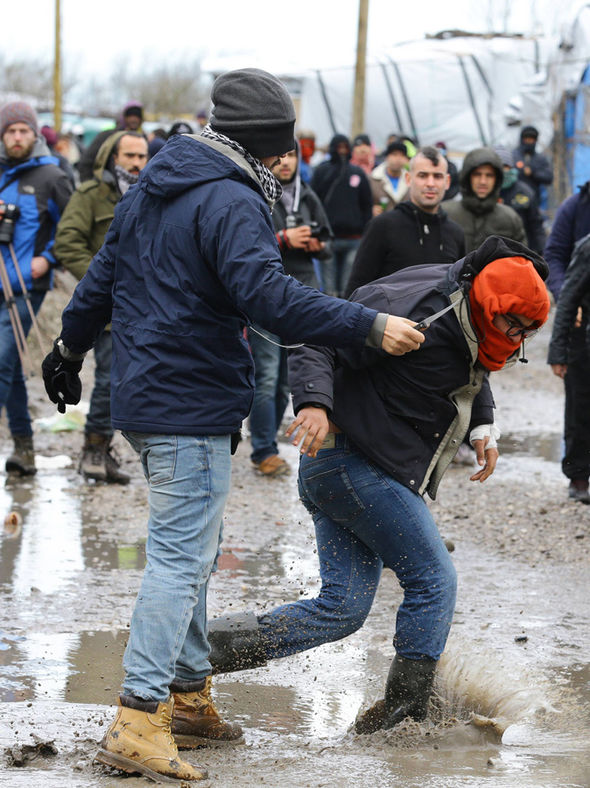 Funny enough, the French police have accused British anarchists before of infiltrating the camp and spurring the migrants on to commit violence.

By the way, the BBC provided a helpful video of the young doctors that are queuing up to enter the UK:

Sometimes I thank God that our enemies are so ridiculous. I’m talking about the BBC here. There is no way that a normal person looks at that picture and thinks that inviting these people into their country is a good idea.

A saboteur in their ranks? Or perhaps they’re just high on their own supply. Perhaps where we see an army of young enemy men they really do see doctors and engineers and school teachers…and twelve-year-olds.

I’m not kidding. The Guardian’s take on the same story talks about “injured teenagers”.