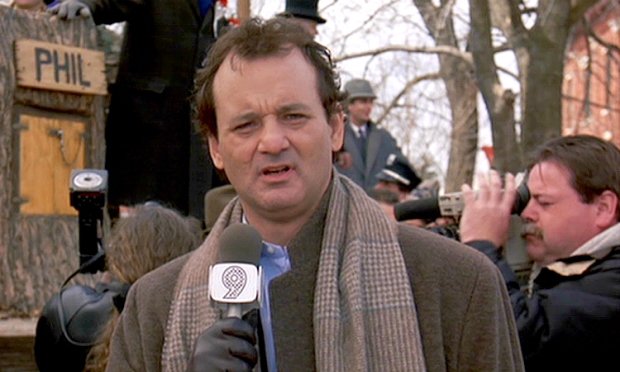 It’s Groundhog Day, or Grundsaudaag, one of the names by which it was referred in the Pennsylvania German communities that first celebrated it. The people there had carried the notion of the badger as a weather-predicting animal over from their European homeland.

On this day in 880 the Norse Great Heathen Army defeated an army led by Louis III of France at Lüneburg Heath in what is now Lower Saxony. After its defeat at the hands of Alfred the Great in England two years prior, the Heathen Army had traveled to continental Europe in search of territory to conquer. This immediate period of Viking incursions into Northern Europe wound down with the Viking defeat at the Battle of Leuven in 891, but Viking raids continued until the 12th century.

It’s the birthday in 1882 of James Augustine Aloysius Joyce in Dublin, Ireland, as well as the anniversary of the publication of his best-known work, Ulysses, in 1922. Ulysses had been published in serialized form in an American literary journal beginning in 1918, but its release in Paris by Sylvia Beach was the first time it was printed in its entirety. Once described as “a Jesuit in reverse,” Joyce sustained a transgressive opposition to his Catholic school upbringing throughout his work; this, and his use of interior monologues and streams of consciousness, alienated bourgeois minds. Ulysses was repeatedly banned and censored by the United States and United Kingdom in the 1920s and 30s; authorities found the masturbation scene in the “Nausicaa” story particularly upsetting.

And on this day in 1989 the last of the occupying Soviet armored units in Kabul, Afghanistan left as the USSR completed its withdrawal from the country. The Soviets campaigned in Afghanistan for over nine years. Their failure there is generally regarded as an illustration of the inherent peril to foreign nations seeking to occupy Afghanistan, and as one of the events that brought about the fall of the Soviet Union.

We’ll put a bookmark there in your Alt-Right Almanac for Friday, February 2, 2018.