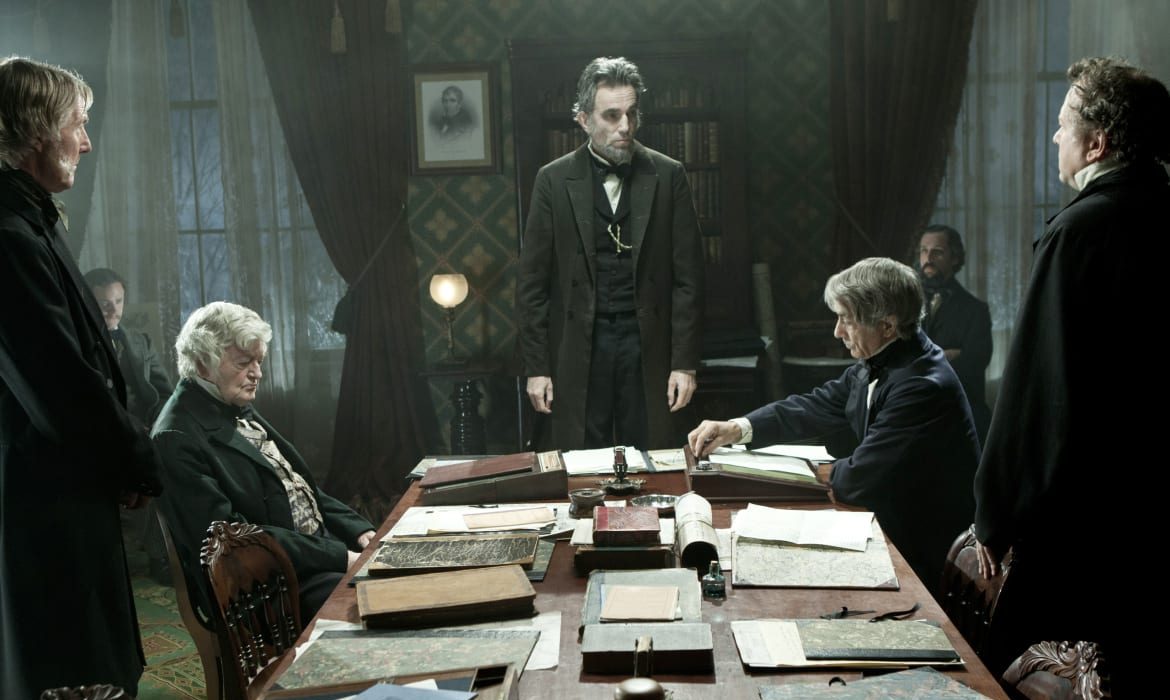 On this day in 1865 the United States House of Representatives voted to approve the Thirteenth Amendment to the Constitution. It would now be submitted to the states for ratification–it had been approved by the Senate in April the prior year. In spite of the hagiographic nature of Steven Spielberg’s film depicting the relevant historical period, President Abraham Lincoln appears not to have greatly influenced the Amendment’s course through the houses of Congress. Lincoln had applied the weight of his influence to advance a different amendment five years earlier, however, one that also would have addressed the issue of slavery. After promoting it in his first inaugural address, Lincoln directed then-Senator William Seward to push the Corwin Amendment through the upper house of Congress. The full text of the Corwin Amendment read:

No amendment shall be made to the Constitution which will authorize or give to Congress the power to abolish or interfere, within any State, with the domestic institutions thereof, including that of persons held to labor or service by the laws of said State.

By 1864 a new pragmatic reality had emerged. To advance the power of the North and of the Republican Party a different amendment was called for, one in every way the opposite of the proposal that had been authored by Representative Thomas Corwin of Ohio. The Thirteenth Amendment reads:

Section 1. Neither slavery nor involuntary servitude, except as a punishment for crime whereof the party shall have been duly convicted, shall exist within the United States, or any place subject to their jurisdiction.

Section 2. Congress shall have power to enforce this article by appropriate legislation.

After ratification by the requisite number of states the Thirteenth Amendment was proclaimed adopted on December 18, 1865 by Seward, now Secretary of State. New Jersey, Delaware, Kentucky and Missouri each first rejected the Amendment before eventually approving it in follow-up referendums.

On this day in 1937 the composer Philip Glass was born in Baltimore, Maryland to Jewish immigrant parents from Lithuania. Glass’s father owned a record store, and Glass studied flute and keyboard. After cultivating his musical ability at Peabody, Julliard, and in Paris on a Fulbright Scholarship, he arrived in New York City in 1967. At the time New York was in financial and social decline–crime was surging, and the city had taken on a dark, dirty, dangerous character–but the cost of living was relatively cheap. Still, to make a living, Glass was obliged to perform plumbing and heavy labor by day, working with hot lead, and to drive a taxi in the evenings. When he had visited New York as a child it was still safe enough that one could sleep in Central Park at night, but as a young man Glass drove a taxi in a changed city. New York was now under the influence of the drug trade, and during his nighttime driving Glass experienced frequent moments of peril and terror. When Martin Scorsese’s Taxi Driver was released in 1976 Glass declined to see it–he lacked interest in spending leisure time revisiting the nightmares of his own lived memory.

Glass is among the most recognized and financially successful composers today, and the style of his music suggests something important about the dominant spirit of our age. Glass conceived the effect of his work as analogous to that experienced by the audience of Samuel Beckett‘s Waiting for Godot: rather than grand heroic or romantic narratives expressed through melody and harmony, Glass composed works with little or nothing in the way of musical plot, and that instead communicated, through seemingly endless repetition, “the coherence of rationality without the logic.” (Perhaps inappropriate, then, that Glass was commissioned to compose the orchestral opening of the 1984 Olympic Games.) The musical devices frequently found in his work–recurring, looped arpeggios, for example–are now in-built features of keyboards and synthesizers, and his many compositions, symphonies, and string quartets are all, in Terry Teachout‘s final analysis, “excruciatingly boring.” On the other hand, the ethereal, evocative quality of many of his scores lends itself easily to film–for example, to the soundtrack of Mishima: A Life in Four Chapters—and he was an important influence on the English electronic musician Alan Wilder, whose sensibilities shaped the band Depeche Mode during its defining period.

We’ll put a bookmark there in your Alt-Right Almanac for Wednesday, January 31, 2018.