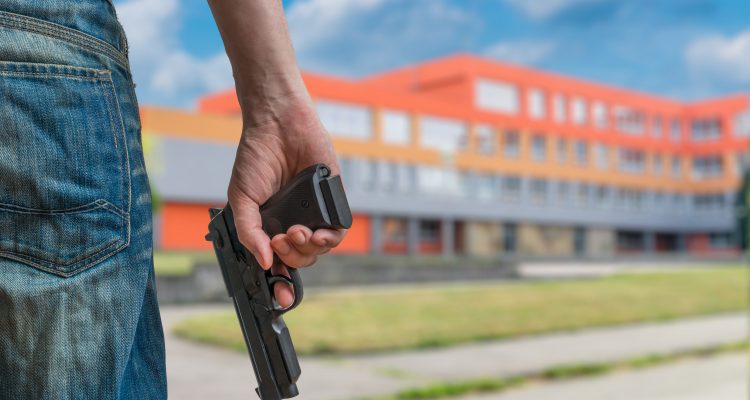 Anatomy Of A School Shooting

Last week there were two separate school shootings. Until someone brought them to my attention I didn’t even notice. Did you?

They flitted by on the news while a distracted society shrugged. The one in Kentucky occurred first, and turned out to be only the tip of the iceberg, as far as the week’s school violence was concerned.

The Columbine shooting was a big deal when it happened almost nineteen years ago. People made movies about it. I watched Michael Moore’s, Bowling For Columbine, but, predictably for Moore, it veered off into gun control arguments. I remember little about the film.

Still, it’s worth pointing out that Columbine got a lot of attention. And it seems to have inspired a much wider trend.

From Wikipedia’s entry on school shootings:

A 2014 investigation by ABC News identified “at least 17 attacks and another 36 alleged plots or serious threats against schools since the assault on Columbine High School that can be tied to the 1999 massacre.” Ties identified by ABC News included online research by the perpetrators into the Columbine shooting, clipping news coverage and images of Columbine, explicit statements of admiration of Harris and Klebold, such as writings in journals and on social media, in video posts, and in police interviews, timing planned to an anniversary of Columbine, plans to exceed the Columbine victim counts, and other ties.

Why do we have such a problem with school shootings in America?

I have some ideas, but like everyone else, including those with expertise who have studied the matter in depth, I don’t really know. What strikes me most, however, is our collective inability to discuss the topic honestly in the first place.

Serious discussion of any important issue–“real talk,” as the kids and the rappers put it–has been de facto forbidden. Discourse has been tightly hemmed in through a politicization of every aspect of our lives. Sportsball, women, simple male hobbies, toys, commercials–if you think there’s an aspect of life so arcane and nonessential that it can’t and won’t be politicized, you’re probably wrong.

The one and only permissible answer to the school shooting question is to blame guns and angry white males.

But in reality our inability to dispassionately discuss the crisis has something to do with the unsettling correlation between rising diversity and the breakdown of a social fabric that once bound our people together.

That, and the seeming impoliteness of calling attention to the bi-weekly rhythm of school shootings, gives rise to our collective reluctance and avoidance.

Similarly, it’s considered a bit gauche to notice other evident patterns, like the sharp uptick in and regularization of Muslim terror attacks or the “Ferguson Effect” on urban crime levels.

Is it really all that surprising that we have been unable to begin an honest conversation about school shootings?

Of course not. Given the state of our consciousness and the present condition of our society, it makes perfect sense.

Let’s stop waiting, and begin the conversation. In my personal search for answers, what strikes me first and most are the schools themselves.

What has School Become?

Without idealizing the past or pretending that youth and adolescence don’t present challenges in every historical era, it’s clear that our schools were once more cohesive and relatable to their students and teachers. Today schools reflect something nearer to the pedagogical spirit of Lord of the Flies, without any exciting jungle boar-hunts.

School is another dimension of life, a fierce competition and defined hierarchy. If your station isn’t at or near the top of the social totem pole, you’re going to lack that feeling of “fitting in,” of being welcome and included by your peers.

This was always somewhat true. In today’s less homogenous, more balkanized school settings, however, the importance of gaining status in a “cool” social hierarchy is much greater. And the conversation through which that hierarchy is established takes place in a grammar and vocabulary dominated by a frighteningly warped popular culture, shaped by decades of Leftist cultural dominance and, more recently, enormous demographic change.

Within this disrupted setting young people are presented with a pecking order of distinct elective cultures from which to choose (e.g., goth, jock, nerd, etc.). Having chosen an elective identity one is obliged to adhere to it and to compete for relative rank within the particular social group it defines.

Each elective identity has advantages and disadvantages. Some are easy to adopt, but offer little in the way of prestige or sexual market value. Others have high barriers to entry–rich parents, attendance at lacrosse camp, or admission to an exclusive private school, for example.

Children who have poor social skills and who would have struggled in any age now have less of a intact social fabric on which to rely for support. In my imagination the resulting challenges are suggestive of what political prisoners experienced in the prior century’s famously brutal regimes–a dramatic and overdone analogy, perhaps, but the underlying psychology is evident. Group, clique, and even gang identity is vital, at least for mental health and social stability, and in more brutal districts even for literal survival.

If you feel this is an exaggeration, consider the architecture of the schools themselves.

The words “Cell Block A” would not seem out place on the brick facade that in this picture reads, “Middle School.” Everyone with whom I grew up undertook his mass public education inside a similar red-brick cube.

It was not always this way.

Of course, school and adolescence were never simple or easy. But the results speak for themselves: never before was school this rage-inducing. And it adds something to the quality of this rage when the principals and administrators hired to guide the youth through the novel challenges of the day increasingly appear like this: 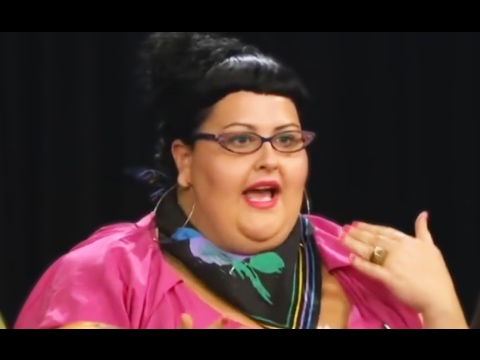 It’s a common acknowledgement among the red-pilled that, overall, the media prefers an image of White men as uncool at best and wicked at worst, while it approaches non-Whites in general and Blacks in particular with much more sympathy and encouragement. It’s no surprise, then, that White youth frequently seek to adapt and imitate Black behavior.

By the same token, it’s also no surprise that other White youths pursue the alternative model presented to them by the priestly media: that of the wicked, pathological White villain emphasized in news and commentary and reflected in TV and film.

Given these options, it makes sense that characters like Tyler Durden and the Heath Ledger’s Joker, among many others, are elevated to cult status and attract dedicated followers and even would-be imitators.

Lots of White boys find it easy to identify with the fringe, and with the desire to take revenge on what they experience as a monstrously docile and insensitive mainstream.

There is a racial element at play here. While Blacks do undertake a lot of shootings at or around school, these aren’t what we understand as “school shootings,” in which the perpetrator deliberately targets the school itself, in an expression of rage, emotional grievance, and social alienation. While a Black shooter seems more likely to attack, say, an illicit drug customer delinquent on his payment, those students resorting to violence as a signal of existential angst toward the school itself are almost invariably White (or, perhaps more interestingly, of mixed racial descent).

In that sense anti-White SJWs are actually nearer to the truth than ordinary gun-control advocates when they insist that school shootings by Whites have a social and racial dimension that gives their activity the character of terrorism.

Even if we put aside the media’s anti-White bias, we can see why people are simultaneously frightened and fascinated with shootings by White youth.

That’s because, to us as Whites–to we who once formed a confident, dominant national culture–this terroristic aggression by our own children is far more horrifying than the predictable violence of a malignant and racially distinct underclass. When White students deliberately target the very cores of their own communal upbringing in calculated acts of planned aggression and murder, something deep and sinister is being revealed–something insurrectionary, in the least healthy and positive sense of that word.

School shootings are performed out of desperation and are intended to send a message. Their perpetrators are so dedicated to this that they willingly embrace the inevitably suicidal result of their actions. Each of them, in their own way, expresses a consistent message: “I lack a place in this society, and consequently all of you will pay for causing my alienation and misery.”

A common tension beneath all of this is sex, a permeating reality by which personal currency and social value are measured throughout the world.

The intended impression on young boys is that if you’re not getting laid, now, you are to that extent worthless and pathetic. The convergence of social and media signaling onto this consistent point is remarkably palpable to adolescent males, whose native biological drives render them predisposed to agree.

Translated through today’s warped and degraded culture, these biological imperatives are likely to become re-routed from the higher callings of procreation, domestic maintenance, and heroic courage, to variously shallow and deviant aspirations represented in pidgin rap slogans, like, “Fuck bitches, get money.” If you decline to keep your aim focused on these underman obsessions, you may have difficulty relating to others, especially to your hive-minded female classmates.

While a few candid commentators are willing to notice the dangerous positive correlation between involuntarily celibate male rage and school violence, the more dominant form of officialized discourse and instruction centers around the notion of “toxic masculinity,” with the strong suggestion that masculinity itself is inevitably toxic, and something to be suppressed, maligned, and disprivileged even further.

Given its scale, there is no way to honestly treat and resolve the issue of school shootings in a single piece, or even in many. There is no distinct answer to explain what is happening, and in the foregoing I left out certain critical aspects of the crisis–family dislocation, for example, as well as mental illness and prescription drug dependence.

What’s important, though, is that we pose the question and conduct the discussion in a mature and serious way, without avoiding a dialogue about the overall course of our civilization and society.

The alternative amounts to a concession that dozens of school shootings a year is a new and acceptable normal that we agree to transmit to our posterity as part of their First-World birthright inheritance.