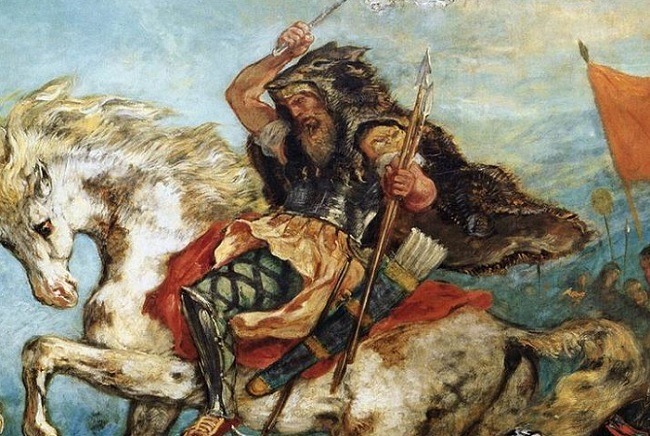 White People Do Not Need To Justify Their Existence

We should stop accepting the Left's frame.

I have – on the face of it at least – a very autistic quibble with Alternative Hypothesis’ latest video. Not the man himself, mind you. Just the premise of the video.

First things first though. Some respect for the work that this guy does is in order. To those who don’t know. Alt-Hype has been one of the key players involved in the recent Alt-Lite/Sargonite debates and the destruction of Kraut and Tea.

Alt-Hype has successfully defended Alt-Right talking points about race, namely that race exists, and he has been steadily debunking all of the falacies presented by the Cult of Sargon – one by one, methodically destroying all of them.

Check out his videos – they’re quite good if you’re into big brain nibba arguments that defend the basic tenents of the Alt-Right.

But his latest video made some arguments that really started grinding my gears.

It begins with Alt-Hype making a very interesting point that NW European Whites embarked on a genetic experiment in the Middle Ages.

This genetic experiment changed who they were on a fundamental genetic level.

He made an argument that I hadn’t heard before – that basically NW Europe was killing off the most violent members of its society over generations and that this led to the pacification of the population, which was part of the reason that we were able to build safer, more modern societies.

And then he mentions HBDchick and her theories regarding manoralism. She’s got some interesting ideas as well.

But here’s the problem I have with the video – not Alt-Hype, just the line of thinking.

Alt-Hype basically says that White people are worth preserving and saving because of all the technological innovations that they pioneered as a result of this genetic experiment.

That’s fine I suppose as an argument to put in your quiver and use against anti-Whites.

I just can’t even. I can’t even fathom the thought process.

Frankly, we do not need to justify our existence to anyone, and that some of us still think this way is a sign of serious internal weakness. Of weak frame.

No people or person needs to justify their existence.

Its supposed to be a Darwinian impulse. It doesn’t matter how smelly, lowly or sickly you are, you’re supposed to fight and struggle until you drop dead of exhaustion or are killed. That’s how we’ve been programmed by mother nature.

No other bacteria even needs to justify its existence. It just exists and keeps on chugging till it can’t anymore. All of this is to say that we should never accept the Left’s frame – we don’t have to justify White people existing, they have to justify getting rid of us.

(Jewish Twitter is astonishingly open about its hate for Whites)

Even if NW Europeans had not started valuing private property and individual liberties as a result of a genetic experiment, that doesn’t mean that their existence would be worthless.

Hell, many feel that Europe’s golden age was the technologically stagnant Romant period or the Crusades that followed a thousand years after. In fact, many thinkers and writers would lament that we had lost the kind of vitality and vigor that the German tribes had or the visionary nature of the Roman Empire. Many would trade all that technological innovation for the return of a sense of identity and community.

Young men like to daydream about those pre-modern days and insert it into their sci-fi. The “DEUS VULT” LARPing and “God-Emperor” memes don’t come out of nowhere.

And frankly, where has all this socialization and domestication gotten White people in the West anyway? Seems like we’re in a very sad state. We got to the moon, yes. But no one seems willing or willing to stand up to Tyrone, Abdullah and Jose anymore.

And in the end, that’s really what matters the most. Not just making something, but being able to fight for it and not just surrender it.

We should stop fetishizing the domestication of the White man. Stop bringing up how refined and polite and gentle we are.

If anything, we should do the complete opposite and remind people that we used to be savages too and can become so again.

All I know is that, in the grand scheme of things, I’d be willing to trade a few elements on the Periodic table for White people getting their spine back.