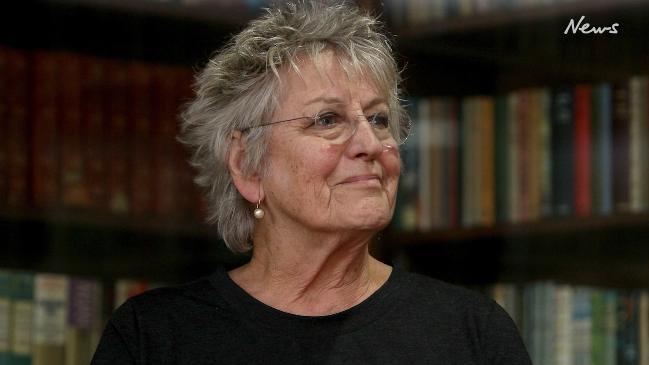 Feminist Germaine Greer Seems To Know What She Has Wrought

When we see a bunch of women wearing pink “pussy hats,” and even vagina costumes, screaming against “The Patriarchy,” we might be forgiven (though not by feminists) for thinking “daddy issues.” Likewise, when we read a gruesome, blow-by-blow account of how When I went back to his apartment, so-and-so put his hand on my thigh… we might be forgiven for wondering why the hell Ms. Important’s bad date from a decade ago is front page news.

But when a pseudo-intellectual feminist celebrity weighs in on exactly how far is “too far” when it comes to humouring female hysteria and infantilism, we know we had better catch those pearls of chardonnay-laced spittle and mount them in 24-carat gold.

AUSTRALIA’S renowned feminist, Germaine Greer, has said it was “too late now to start whingeing” for many women who have made allegations against men.

While she called on women joining the #MeToo movement to be direct and take action against men, she said some instances of alleged sexual harassment were “tantamount to consent”.

Greer, 78, also told Fairfax Media she was working on a new book titled On Rape, a sequel to her essay 10 years ago On Rage.

But she said she felt the concept of rape should be ditched altogether.

“So I’ll do On Rape because I’ve been arguing about rape for a long time,” she said.

“My feeling is we ditch rape altogether [as a crime] because it’s hopeless. I have seen the police working up a rape case trying desperately hard to build it up so it will stand up in court — and wasting their time.

Well, that’s actually a good idea. Right now, the law says you can rape your own wife. If a woman comes back to your place and you’re making out, or you’re already copulating, and she decides she’s not into it, you can end up like Brock Turner. Hell, you can even rape a prostitute if you just don’t pay her!

Rape used to be understood differently. It was a crime that could only be committed against a chaste woman who had done nothing to invite a sexual advance. Whether she was a virgin or a faithful wife made all the difference.

The idea that you could “rape” an actress would have been pretty funny back when (rightly as it turned out) “actress” was a euphemism for “whore.”

But that sensible definition of rape belongs to an honour culture, which ours obviously is not. Where a woman feels just fine about broadcasting her sluttery the way these #MeToo Hollywood prostitutes have done, seeking to benefit twice over from their whoring, we obviously are not living in a society where you can have a concept of rape that makes any sense, or that protects the innocent.

Which brings us back to the feminist zombie Greer.  A least you can say she’s consistent (in a way)!

“Now it’s becoming if you’re in a position of power or influence, you can’t make a pass at somebody, because it will be considered to be inappropriate use of influence, force and so on.”

“How do you express desire without putting pressure on people?”

“Why can’t we have a rational attitude to sexual offences?” she asked.

There should be a category of sexual assault where there are “different degrees of gravity according to the amount of damage that you do,” she said.

Just as I was saying.

Greer liked being an enfant terrible back in the heyday of boomerism, defining women as just men without dicks while exhorting them to burn their bras, walk out on their husbands, and kill their unwanted babies. There was nothing to set her apart from Gloria Steinem and the rest of the freakshow (except that, interestingly, she was not Jewish but Gentile from Downunder). Now the woman pops up occasionally to make “shocking” comments and remind us all that she’s still alive and believes fervently in her continuing relevance.

She’s no different to the #MeToo-ers, of course, disclaiming responsibility for her own shameless and self-serving behaviour, in the hope of making herself the centre of attention again.