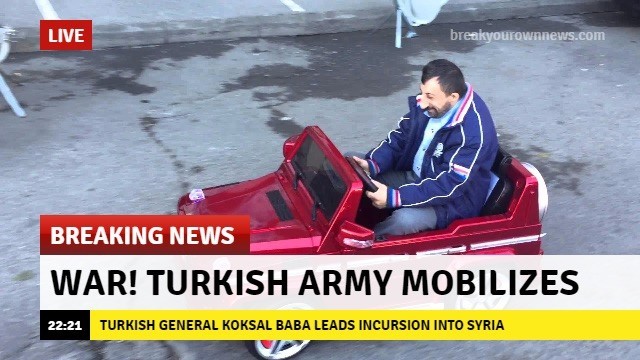 If you want a clear example of why intervening in a Middle Eastern country is so foolhardy, then the example of Syria must now be at the top of the list. Turkey, after invading northern Syria and conquering the city of Al-Bab in 2016-17, has now opened up another front to the west in the Kurdish region of Afrin.

Washington and its allies had recently announced that it would be helping the Kurds to create a ‘border force’ on the Syrian-Turkish border. This idea was obviously insane because the Turks would never accept a Kurdish authority of any kind. So Recep Tayyip Erdogan, the President of Turkey, who is concerned with the growing power of the Syrian Kurds, has begun a military operation in alliance with various Islamist rebel groups.

America has supported the Kurdish war effort in Syria against Islamic State since 2014, yet now a lot of that work is about to be undone. After a three and half year campaign of air strikes and special forces operations, Washington is now faced with the prospect of the lands taken from Islamic State now being conquered by NATO member Turkey and its own band of Islamist rebels.

The absolute irony of the Kurds winning a war against Islamic State with the help of American jets, only to then lose a war against Turkey, which also uses American supplied jets.

Overall: what an awful mess.

Although the reasons for creating continuous chaos in the Middle East are (((obvious))), I don’t think the US wanted its Kurdish allies defeated, simply because they would be a useful force to use in any future push towards Assad in Damascus.

In terms of any migration that this new offensive will cause, it could not have come at a worst time. With Kurdish civilians fleeing Afrin just before the winter weather eases, their path to Europe will be a lot easier in just a few weeks. They then have an 8-month window of good weather in which to reach White countries.

It is also worth noting that Turkey has also threatened to invade the Manbij region of Syria as well, which would cause even more disruption and lead to chain-migration.

There seems to be no doubt that this war, which has killed 480,000 people, and the disastrous immigration it has caused, will continue well into the future.