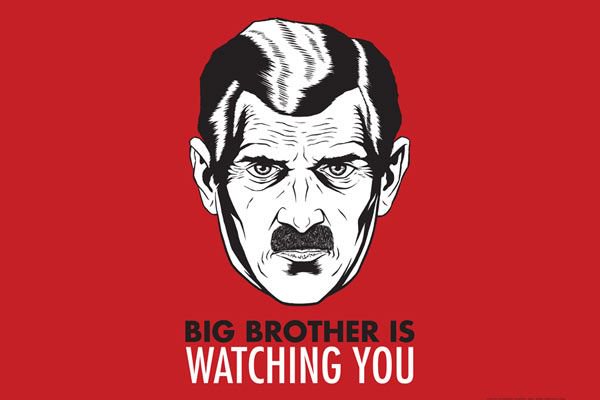 Put your tin foil back on. You might need it after all.

Seems like all that unfounded tinfoil stuff about the gubmint watching your every step has turned out to be completely true.

I mean, there is now video proof of overweight middle-aged Indian men poring over all your private messages at Twitter, collating and categorizing it for use later.

That’s a fact now, although it was conspiracy theory just a couple weeks ago.

Rush and Savage have been all over it.

But for some reason, it seems that normies just aren’t biting as much as they should.

Is it because James O’Keefe has a bad reputation? No, I don’t think that’s it.

It’s just all a bit too creepy. I could be reaching here, but it’s probably why AMAZING films like Blade Runner that are too dystopian never seem to make any money.

People don’t like to be reminded of the miserable future that awaits them, because there’s a feeling that it’s not just speculation anymore…and that it’s happening much sooner than 2049.

This stuff is absolutely explosive though.

It’s just a matter of framing it the right way, I suppose.

^now that’s a winning headline to get normies to sit up and take notice.

The dystopian, Orwellian, cyberpunk element to all this probably won’t get anywhere. For example, the latest release by Project Veritas reveals that Twitter cooperates with Authoritarian governments to reveal your CrimeThink to them.

But what about my dick pics, man?

Yeah, we’ll get to that.

But first, take a look at that chubby bespectacled grub of a man in the video. Recognize him? You should because that’s the face of the new managerial class that keeps the whole disgusting apparatus going.

Clever, short, chubby, glasses-sporting nerds with bad posture that do what they’re told (until they’re replaced by pajeet) run the show. They keep the wheels turning as it were.

And look how he’s just gushing to spill the beans about all the tech-haxxor cool shit that he’s been up to selling out dissidents to their government to get the chick with the hidden camera to think he’s cool.

Yes, despite never getting any tail out of it themselves, they are more than willing to help the globo-corpo-homo giants like Twitter spy on you with their clever little bugman innovations. All for a 5% bonus at the end of the year probably.

There’s probably more to this story, but I think I already stressed the fact that they’re looking at your naked pics enough and really it’s the faces behind it all that really got my attention.

Did you ever think the future tech-dystopia would have a face like this?

Some pudgy brown guy. Whole departments full of them. IT Janissaries employed by Silicon Valley to keep “rednecks” down.

And the nerds – you know the ones that Bill Gates told you to be nice to? Yeah, turns out you should have been helping the bully stuff them into that locker because they may not be your bosses now, but they’re defs checking your package out now without your consent and selling it to some company for blackmail purposes.

I feel like I could talk sportsball at least with the guy. Plus he’s got a cool stache.

Anyways, James O’Keefe has some more videos planned, and from what I can tell, they’re going to just be more of the same: horrible revelations that confirm everything that the tin-foilers already said many years ago.

In fact, if the revelations are a bit too…much, people might just stop talking about them and reach for their happy pills instead.

There’s only so much dystopia that normies can handle. O’Keefe better be careful and not depress America too much… or his videos will end up like Blade Runner 2049. Under-appreciated and almost exclusively watched by Alt-Righters.

So tune in with me next week. Maybe we’ll find out that the gubmint really is turning the frogs gay…