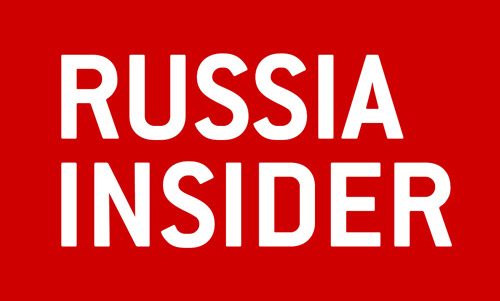 Check out this ringing endorsement of our work.

I thought I’d share with you Charles Bausman’s latest piece on Russia Insider: In the article, Charles lays out why he has decided to tackle the JQ with his publication.

Russia Insider‘s mission is to explain and describe Russia and her role in the world. As soon as you begin to drill into how other nations relate to Russia, and Russian history, it becomes obvious that the unreasonable hostility towards Putin’s Russia, particularly coming from the US and the UK, is very much a Jewish phenomenon, and has been for centuries.

And yes, ‘Jewish’ is the only term that accurately describes it, and not one of the many euphemisms we frequently see used.

The most vitriolic and obsessive Russia-bashing journalists in the media are mostly Jewish. The publications which push these writers most energetically are ALL Jewish-owned, and as a publisher, I know very well, that is where the buck stops.

It’s not easy to point out the obvious anymore. Hell, maybe it never was.

But this won’t make him any friends in the media, even in Russia.

For those that don’t know, Russia Insider is comprised of an international team. Most of the people they have working for them are expats living in Russia – so they’re not exactly a bunch of clueless Russians trying to make sense of what’s happening in the West.

Amusingly, many of them have become “Russified” in the sense that they’ve missed out on the last couple of years of SJW madness in the home country while trapped in the permafrost of Russia and they’ve also adopted some of the “give no shit” attitude more common here.

The Alt-Right is helpful in understanding Russia, because it has intellectual heft, and produces a lot of good writing about Russia and Russian relations, much of which is spot-on. We follow the Alt-Right media and republish the occasional article, and they are invariably very popular on Russia Insider – largely, I think, because they are offering a fresh point of view, and talking about vitally important issues others refuse to address.

The Alt-Right is a youth movement. Its leaders are mostly in their 30s, and the rank and file, which is large indeed, running, by some estimates, into the 10s of millions globally, seems to mostly range from mid- teens to mid 20s. Much of the Alt-Right has completely discarded this taboo and revels in flouting it, indeed, trampling on it, as is the wont of young people regarding the more tedious and preposterous conventions of every era.

It is axiomatic, I think, that one way youth benefits society, is that they question what the old men are saying, – shake things up a bit, make them examine their assumptions. It is no coincidence that in the Emperor With No Clothes children’s story, it is a child who points out the obvious, what the adults are so desperately pretending not to see, because it will impair their material well-being.

Thanks for the praise.

That means our ideas are spreading and gaining ground. I have lost track of how many podcasts and platforms we now have affiliated with us, but it’s pretty decent.

And the best part of all this is that Mr. Bausman’s publication seems to cater to the older crowd, which is a useful beachhead to say the least. While we have a firm foothold in Gen Z, our Boomer outreach program seems to have stalled.

Hopefully, Russia Insider can change that.

Finally, I don’t think that this is a sign of imminent Kremlin funding and Russian bombers flying over the US dropping stacks of cash and weapons to Alt-Right activists. It would be nice for the Alt-Right/Russia collusion stories to be true, but alas, they are not.

Still, who knows? Mr. Bausman is a semi-regular on Russian normie-tier TV and radio shows. He has name dropped us before, and it would be nice if he did it with more frequency – if he doesn’t get disinvited.

If the Russkies heard that there was a movement willing to give their country a fair shake, they might suddenly have a better opinion of Americans and understand that not everyone in America is a Neocon or an SJW.

It would be nice, you have to admit.