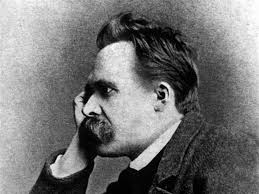 Nietzsche recast for the modern era.

There are arguably two strains of moral values observable within systems of slave morality — those which arise organically from the masses to satisfy psychological needs of theirs, and those which are imposed upon the masses to keep them adrift, docile, powerless, and thus easily ruled over. Anti-racism is of the latter type. It is a moral value inculcated into whites by white-haters and specifically designed to keep whites enslaved. 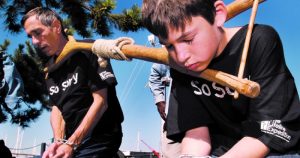 Examples of the former type of slave morality are values like meekness, altruism and “body positivity.” They are values and movements that the weak buy into largely on account of their status as weak links and degraded members of a society. These values are an inversion of reality (a re-sentiment in Nietzsche-speak), a way to make their obvious shortcomings and incontinence seem noble or good, an illusion that magically transforms failure into success (much like the way the left has turned bad decision making, poverty and/or habitual criminality into commodities based on faux victimhood). Most Marxist values have a similar dimension and are rooted in a kind of learned helplessness or culture of loserdom. It is easier to deny that good things are good, or to claim that bad things are good, than to put in the hard work necessary to actually succeed or prosper. The logic is that since one is a loser and will always be a loser, instead of rising up, adapting to one’s circumstances and improving oneself, the solution is instead to change the world around you, by removing all those systems and standards which make one’s loserdom so unmistakable. If there is no wealth, no one is poor (not really true), if there is no beauty, no one is ugly (if only!). The Marxist (and Cultural Marxist) values of hard equality and anti-hierarchy are at least partially rooted in this kind of reality-inversion driven by deep psychological need.

The problem is not me, it’s the system! Ergo, we must completely remake the system!

Anti-racism on the other hand is top-down. It is a way for out-ethnics (white-haters) to keep whites down, and ideally to eliminate them altogether. It is a morality taught to the slaves to keep them submissive and powerless. The slaves can’t organize if you tell them that slaves are not a group of people with common interests, but an illusion, a social construct. And no group organizes or revolts if its members are broken, dispirited, or ashamed of themselves and their history. So whitey, make no mistake about it, you are not a race, you are not a people, and anyone who tells you otherwise is a white supremacist fascist lunatic. You’re just afraid of a changing world and haven’t got the skills to survive in that brave new world. Got it, loser? Signed, your anti-asperistic Cultural Marxist overlords. 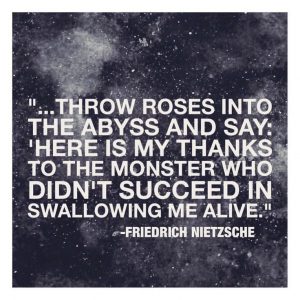 It is time for whites to overcome the “anti-racist” mindset which serves as the moral foundation for our dispossession. Let it go and the folly, the sheer insanity of letting our lands be overrun by hostile out-ethnics becomes undeniable. We are being conquered and destroyed by people who take their tribal and racial interests very seriously. Very seriously. To those conquering us, “anti-racism” is just a means to get their hands on our lands, our money and our women, nothing more. Ethnic networking, out-group discrimination and tribal thinking are all ubiquitous in the Jewish, Muslim, Hispanic and black communities. Peddling anti-racism is a kind of psy-op, a way to break down the white enemy’s sense of self and community, nothing more. It is for those foolish, idealistic, Middle-American whites (translation: gentiles) to practice, no one else could be that self-denying (translation: maladapted). It is a morality for the other, not for oneself. Furthermore, it aligns perfectly with the anti-white Western power class’s interests & worldview. All of you cheap, disposable, substitutable peons on the bottom rung of society are equal, we at the top are less equal. Anti-racism is also a moral standard only applied to whites, and only whites take it seriously. They have turned our magnanimity against us, and we have submitted half-willingly.

We have thereby shackled ourselves by a false morality, a slave morality. We are fighting with two hands behind our backs as our enemies pummel us into extinction.

The surest way for whites to overcome this “anti-racist” slave morality is to finally see it for what it is, namely a weapon wielded by peoples who hate us, specifically crafted to destroy us and the wonderful civilization we have built. That’s what it is. That’s all it is.

Racism for many successful peoples is normal, natural and healthy, especially in moderation. The only alternative is open-borders, dhimmitude, brownification/blackification and our wholesale self-destruction. The evidence for this viewpoint is overwhelming. Anti-racism, especially as applied, but even if unselectively applied, entails disaster for white people. Anyone telling you otherwise is trying to harm you and deep down probably hates you. It’s obvious. You know this by the way the non-whites and anti-whites telling you this typically behave. These folks, especially non-white “anti-racists” take their own racial interests quite seriously. Indeed, they often put those interests above all else.

I have never, not even once, engaged in an internet debate with a self-described “anti-racist” which didn’t culminate in them throwing around anti-white racist slurs and invective. Not even once, in hundreds of debates. Anti-racists are always and everywhere deeply, committedly anti-white. If anti-racism as a cardinal moral value was good for you, they wouldn’t believe in it, nor would they jam it down your throat. “Anti-racism” is harmful to whites, to our material interests and to our communities.

Indeed, to anti-white leftists and the anti-white Western power class, that is its most cherished feature. 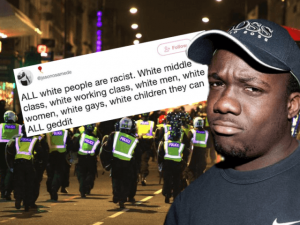 The enemies of the white race (like Tim Wise and Noel Ignatiev) don’t believe in practicing anti-racism toward you, they believe in you practicing anti-racism toward them! A morality meant only for you, taught to you by your enemies but not practiced by them, is not a true morality, it is not universalizable, it is a slave’s morality. They teach you that slave morality because they know it hurts you as much as it helps them. If you buy into it you’re a damned fool, you are effectively an Armenian day-laborer paving the road to Deir ez-Zor in the years preceding World War I.

It is time for whites to adopt pride in our race and our accomplishments, to prize once again nobility and strength of will, as our ancestors did, to reinstitute a master morality as it were. Slave morality isn’t good for anyone. So the choice is yours: cower before your depraved, anti-white masters who would whip you for micro-aggressions and for loving and standing up for your heritage, or get off your knees and pick up the whip white man, the future is yours to tame.