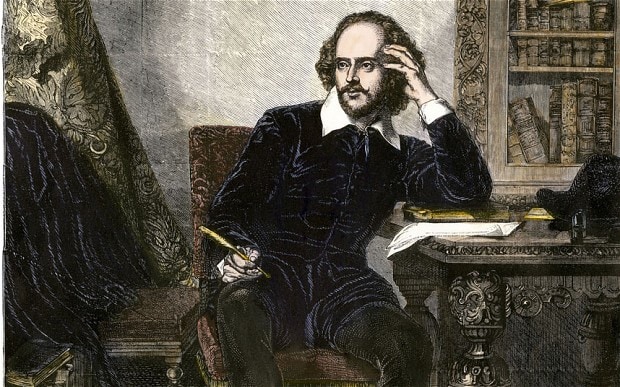 Meghan Markle And The “Dark Lady” In The Western Imagination

Putting the new princess into perspective.

The world’s most famous ginger – Prince Harry of Wales, fifth in line to the British throne is unique among British royals in many ways. A decorated combat veteran of the (21st century) British Afghan wars and accomplished sportsman noted for his boxing and rugby playing–he, in fact, has combined both his military and athletic endeavors into the Invictus Games for wounded vets, which Harry himself honorably founded. Prince Harry is known for his charm, and despite youth marked by erratic and debauched behavior, Harry has largely cultivated the image of a generous and kind mild-mannered gentleman, making him a particular desirable catch for many a pursuant English lass.

Harry’s courtship, despite his trespasses into degeneracy, initially seemed promising. Harry’s most famous attempts at currying favor with the fairer sex included two lovely Anglo-Saxon and very Germanic looking blondes, Chelsey Davy, ironically (as we will see), the daughter of white Zimbabwean farmer Charles Davy, and English fashion model Cressida Bonas. However, Harry has recently shocked the world by announcing that he is marrying an American mulatta actress and divorcee, Meghan Markle.

There have been two predictable responses from the world press. The first response among leftists and black nationalists alike is a celebratory adulation that finally African blood has broken into the European royal bloodline, and that the inevitable conquest and subsequent destruction of Europe and the European people is that much closer.

However, the second response has been one of uneasiness, embarrassment, and even anger. Meghan Markle may claim to be half black, but her mother is, at best, a light brown skinned American woman. Markle herself is by no means, “half black” and has spent what appears to be a very large among of money to straighten and style her hair to look like a raven-haired white woman.

This frenetic response paradoxically has been matched with a desperate narrative attempting to normalize the marriage as nothing special. Perhaps as an effort to stave off the increasingly strong  backlash from the British people and Westerners at large to the constant Orwellian multicultural propaganda with which we are inundated, the world press has gone into overdrive, emphasizing how passionately in love the two are and trying to quash rumors that the royal wedding will be what is euphemistically called a “shotgun marriage” due to Markle’s alleged unplanned pregnancy.

Prince Harry and l’affair Markle thus raises one of the most unsettling racial questions of our time, namely why White men (or Arab or Asian) don’t find black women attractive.

The immediate answer to this question is that European men have always found black women very attractive, and it has only been since the emergence of “racism” in the Enlightenment and post-Enlightenment periods that has created a foggy prejudice obscure the ebony beauty of African women in the eyes of European men. As irrefutable evidence of the unchained desire of European males for African females, diversity apologists marshal together the many cultural artifacts of Western geniuses who celebrate dark and sultry beauty in their art and, especially poetry.

However, a brief and careful examination of these texts reveals two very important characteristics that are buried under contemporary literary and racial discussion. The first is that it is nearly impossible (outside of a few notable exceptions) to find positive depictions of black sub-Saharan beauty in Western literature. The second revealing point is that black beauty in Western art is used to symbolize spiritual and moral decay.

The most famous woman, who, in many ways inaugurates the trope of the Dark Lady in Western literature is found in the lines of the greatest poet of the English language: William Shakespeare. In his famous “Dark Lady Sonnets” (127-154), Shakespeare depicts his love or, rather, his lust for a woman with “raven black” eyes or, in his famous phrase, eyes that are “nothing like the sun” (hence dark). Her hair, further, contrary to the Indo European ideal of blonde tresses,  is decorated with “black wires.”

However, Shakespeare’s dark lady (whether fairly or not) serves as a symbol of the moral and spiritual degeneracy of the poet who is overcome with desire for her. Described as being “black as hell” and “dark as night,” The Dark Lady symbolizes the “frantic-mad” thoughts of a man overcome with a lust that he describes as being like a “disease.” The Dark Lady who is brought to Shakespeare by his “bad angel”  inspires in him a love that he describes as a “sin.” Throughout his muses, Shakespeare confesses to the danger of losing his soul and his mind through his love for this Dark Lady.

I do not wish to suggest that there is a specific objective moral quality attached to black beauty. On the other hand, in his image of the Dark Lady, Shakespeare is intentionally trying to reverse the traditional Western ideal of sexual continence and purity matched with modesty, courtesy, and devotion and symbolized by fair skin and blonde hair. Furthermore, this trope of the black woman as a (perhaps unjust) image of lust and spiritual decay is a trope that, as we will see becomes common among later poets seeking a physical image to depict degenerative love.

As a second key point in our discussion, Shakespeare’s dark lady was not a black, sub-Saharan African woman. If not simply a dark complected Englishwoman, Shakespeare’s “black” beauty was possibly an Indian (dot, not feather) prostitute. Even more embarrassingly for cultural Marxists looking for evidence of European male desire for Africans, some scholars have recently suggested that the Dark Lady was, in fact, Italian.

Shakespeare’s Dark Lady, while largely going underground in the Neoclassical period, reemerges in the 19th century as a symbol, again, of spiritual and moral transgression.

In the revolutionary and in many ways very spiritually dark Romantic period, dark women make frequent appearances, peeping in on many of the paintings as well as verses of the period. In his popular novel, which nonetheless has a number of intellectual merits, The Hunchback of Notre Dame, French novelist and poet, Victor Hugo depicts Esmeralda, who initially appears as Gypsy who dances banging a tambourine in tune with her pet goat for money. Very tellingly Esmeralda in The Hunchback  is, like Shakespeare’s Dark Lady, associated with sensuality, vice, degeneracy and thus spiritual and moral rebellion against the authoritarian and patriarchal European Christian establishment symbolized by Claude Frollo and the Cathedral of Notre Dame itself.

However, contrary to the depiction of Esmeralda in the Disney film and to the disappointment of left-wing racialists, Esmeralda in The Hunchback is, in fact, French girl named Agnes who was kidnapped by Gypsies.

Another Romantic poet, the English Lord Byron also famously writes of a dark lady in his “She Walks in Beauty.” However, this beauty in whose eyes “meet” “all that’s best of dark and bright” and whose head is decorated with many a “raven tress” is not a black woman.  She is, in fact, English, a Mrs. Beatrix Wilmot who was dressed in black when Byron met her in 1814. Thus this dark lady is, again, a symbol of spiritual morass, not a celebratory image of progress and racial harmony.

While the most famous dark women of the Western imagination were almost always Mediterranean or Middle Eastern women, a black African woman does appear in the celebrated verse of Charles Baudelaire. Throughout his, again, very morally dark and degenerate poems of the appropriately titled Les Fleurs du mal, Baudelaire celebrates his Haitian mistress Jeanne Duval as a black Venus or Vénus Noire whose frizzy locks are commemorated as a “black ocean” that sends the poet on an imaginative journey to “Languorous Asia” and “burning Africa.”

However, like the dusky beloveds of Shakespeare, Hugo, and Byron, Baudelaire’s Vénus Noire is a symbol of spiritual and moral rebellion and narcissistic fantasies more than she is a real woman. Baudelaire Fleurs du mal is full of spiritual rebellion and suffering–as Baudelaire himself notes in his famous “Au Lecteur” that introduces the poem, it is a work marked by “Infatuation, sadism, lust, avarice.” Furthermore, Baudelaire’s own tempestuous relationship to the real-life Jeanne Duval was marked by infidelity, disease, and unhappiness.

Finally, in an ironic twist, Jeanne Duval was, like Prince Harry’s own Meghan Markle, only half black, her African blood was mixed with French, and Baudelaire’s friend painter Édouard Manet depicts Duval as very creamy white in his famous portrait of the Haitian prostitute.

In the end, we see that, contrary to claims by contemporary critics, the dark lady of European poetry, who herself was usually simply a dark complected European woman, was a largely a symbol of spiritual rot in the Western soul.

Ultimately, Harold Albert Charles is free to marry whomever he wishes, but Prince Harry of Wales, the heir to the British throne, is a representative of not only England and the Anglophone world, but of European people the world over, and his choice of a wife should affirm European identity not insult it. Moreover, regardless of whether or not Meghan Markle is currently pregnant, she, like the literary depictions of the dark woman in the Western imagination ironically represents the moral and spiritual decline of the West. No longer are the royal marriages arranged between the future leaders of European countries; they are the products of lust and social engineering schemes. With due and sincere respect for the royal families that have shepherded our people and our civilization for, in some cases, almost two thousand years, it is time, as Thomas Jefferson wrote to John Adams in his famous October 1823 letter, for a new “natural aristocracy” to arise and lead our people out of this spiritual morass into not simply an American, but a Western Renaissance.