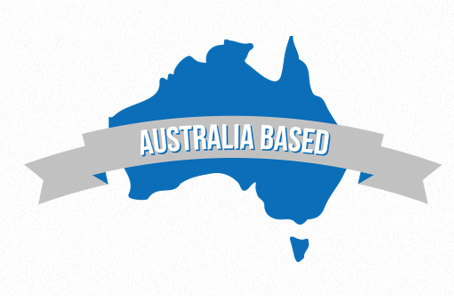 Islam and Political Correctness are destroying a great nation.

The Right has never been a fan of Utopias (the Alt-Right even less so – the extent of the mess we have to clean up has a delusion-destroying effect). But, until recent decades, the island nation of Australia was pretty close to being a Western nationalist’s paradise. Successive Prime Ministers (including the very first, Sir Edmund Barton) maintained a “White Australia” immigration policy, effectively forming an ethnostate. This proves to the cucks that such a thing is possible in the modern age (for reviving the idea, Mr. Spencer, we salute you).

Culturally more British than Britain, more conservative than most other Western nations, Australia was where Europeans came to find success and freedom. Seemingly inexhaustible mines, booming businesses, a vastly productive manufacturing industry, and a prosperous agriculture, meant full employment and a flourishing economy. Australia was almost an autarky. Railways and steam boats transported people and goods across the massive nation. In this idyllic, historic Australia, the Aboriginal people mostly lived in peaceful, voluntary seclusion from the wider community, while able to reap the benefits of the European geopolitical paradigm (benefits such as the rule of law, Western technology, and an end to centuries of inter-tribal conflict). Men were real men, and women were raised to be ladies. For the entire nineteenth century and for most of the twentieth, this was the reality. In just a few short decades, all this has gone pear-shaped.

Fast-forward to now. White Australians are a minority in many suburbs of all their cities. Chatswood, in Sydney, is so dominated by Asians that whites refer to it as “Chatswoo.”

This PC-approved, government-instigated multiculturalism has had extensive, catastrophic consequences. European civilization is no longer the dominant influence on societal culture. Even more problematic, on a practical level, is that Mandarin, Cantonese, and Arabic are more commonly spoken than English in many urban areas.

But the unending wave of non-white immigration has lately taken an even darker turn (no racist pun intended). Until very recent years, the Islamic population of Australia was extremely (and delightfully) low. Most of the Muslims who did reside in Australia were spiritually liberal, to the point of being New Age. They generally lived quietly and were confined to particular, low socio-economic, inland suburbs. This has all changed dramatically, particularly since early 2016. Islamification has come to Australia. One group of people have caused this change: Syrian refugees. Well, actually, there is a second group of people who are responsible: the politicians who let the refugees in. Religious, hardline, intolerant Muslims are everywhere.

They do not hesitate to verbally (and sometimes physically) abuse unveiled women, gays and lesbians, and people of other religions. Even the mainstream media regularly reports on these incidents (often omitting or skipping over the non-PC details). Nobody dares stand up to this wicked abuse. You would not be rewarded for doing so. The PC State punishes sexism, homophobia, and other forms of discrimination, except when perpetrated by Muslims. Additionally, the State consistently categorizes acts of Islamic terrorism as “not acts of terrorism.”

In December 2014, an ISIS gunman held several people hostage in a Sydney café for an entire day. He murdered two of his prisoners, before police finally took him out. After the event, government spokespeople were hasty to emphasize that what had occurred was “just murder”, and nothing to do with Islam. The government made an identical response when a young Muslim man went on a rampage, behind the wheel of his car, in Melbourne in December 2017. He ran over, and seriously injured, nineteen people. The government blamed his actions on “drug use and mental health issues”.

As more and more Muslims arrive from the Middle East, and as they become more and more dominant in business and politics, society will drift further from the European conservative foundations which made it great. The change has already been fast and extensive. A visitor to Sydney’s Western Suburbs could easily be fooled into thinking that they had arrived in Saudi Arabia.

As referred to earlier, the people to blame for this are the politicians – and the willfully ignorant voters (i.e. the majority) who elect them. Part of the problem is the fact that conservative nationalism has no formal presence in Australian party politics. Since the mid-twentieth century, the government has passed back and forth from the Labor Party (half-hearted socialists, happy to engage in corporatism if it involves selling Australian assets to Communist China) and the Liberal-Nationals (completely liberal, not at all nationalist).

There are a handful of politicians who genuinely represent conservative nationalist interests: Bob Katter, Cory Bernardi, Pauline Hanson, and their (minor) political parties. Currently, however, they remain a long way from a position of significant influence.

In Australia, as with elsewhere in the postmodern West, both sides of the political “divide” are almost identical, and co-assist with turning the country into a PC, multicultural nightmare. This undemocratic collaboration – this liberal Stalinism – was most clearly demonstrated during the gay marriage plebiscite of late 2017. Not ever before in a Western “democracy” has there been a more one-sided campaign. “Vote Yes” posters, and Gay Pride flags, were everywhere, in all public places. By contrast, I literally never saw a “Vote No” poster (although there were organizations dedicated to fighting for the protection of traditional marriage, by door-knocking and some poorly-executed, ineffective pitches on TV). The outcome, in the end, was approximately 7.5 million Yes votes to approximately 4.5 million No votes, the latter of which came mostly from predominately Muslim districts.

The ironies inherent in PC liberalism never fail to astound me.

Strong popular approval for gay marriage was, of course, what the political establishment had pushed for all along. When the legislation amending the definition of marriage was passed in the House of Representatives, the Members of Parliament danced in elation. This shocking celebration of perversion was broadcast on TV. As I watched at home, I noticed – visible, at the top left corner of the screen – the solitary figure of Bob Katter (who had voted against the change, even after the result of the public vote had been announced). He turned his back on the amoral festivities, and walked from the building: good on him, as we say in Australia.

As this article will hopefully have made clear, the Australian political culture is pretty screwed. Is there hope? Can white nationalists turn back the tides of Islamification and political correctness? Or will our efforts to do so meet with the same dismal result as that of King Canute? I am an inclined to be an optimist. It will be a long road, but if we Identitarians do what we can, through political engagement and community involvement, to protect the interests and culture of European Australians, we can restore this nation to its former glory.

All we need to do is begin – and we must begin immediately.