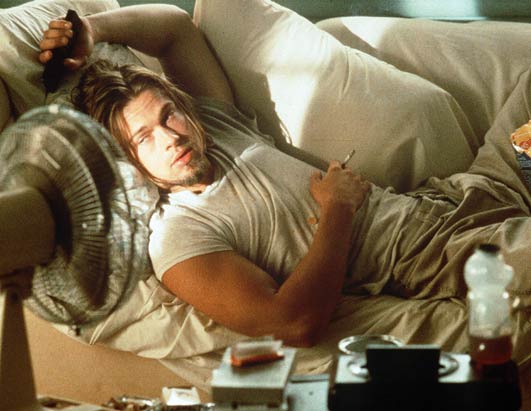 Marijuana Makes You a Leftist

Sessions has the right idea.

Pot is not a right-wing drug.

Pot makes you into an introspective, effeminate, “open-minded,” bug man.  It is therefore a good sign that Attorney General Sessions will be cracking down on this confusing, state-by-state free-for-all that we seem to be engaged in vis-à-vis marijuana.

Of course there is no “right-wing drug,” because right-wing kind of implies you’re not doing drugs.  But if there were a right-wing drug, it would be one that makes you even more aware of what’s going on, gives you more energy.  But don’t do that either.

Alcohol as a social lubricant is perfectly compatible with right-wing sensibilities.  Unlike pot, alcohol makes you more outgoing, more testosterone-fueled.  Weed makes you a pussy who’s stuck in your own mind with your precious thoughts.  Alcohol makes you connect with your fellow man.  Pot gives you a tedious paranoia about what others are thinking.  Needless to say, a preoccupation with others’ feelings is not especially masculine.

But alcohol is pernicious too, if it becomes a habit.  I refuse to have a drink because I’m “stressed out.”  If I’m stressed out, I need to figure out why, not just anesthetize myself.  And pot is of course the most deleterious, counterproductive antidote to stress.  One must look life in the face.  In retrospect, I realize this can be difficult for those of us who had unpleasant childhoods.  Pot is an escape from all that.  Escape is for cowards.

Being high on pot makes you less likely to make cogent judgments about the world, and more likely to question objective reality itself.  Pot takes away your ability to recognize boundaries and make distinctions.  It makes you inclined to view the world as one intersectional, fuzzy blur where the passage of time doesn’t even seem to follow a linear path.

When I think of the proliferation of marijuana in the West, I even become conspiratorial.  Why does the cosmopolitan elite-owned music industry push pot so hard?  The more oblivious their consumers, the less likely they are to critique or analyze Cultural Marxism, and from whence it came.  The pothead mindset is not prone to deconstructing leftist narratives.  The pothead mindset is more into questioning traditional values, as a result of the pseudo open-mindedness which pot engenders.

In a more perfect world, we would not allow the music industry charlatans to push marijuana onto children and teenagers.  Adolescents are not prepared to make an intelligent choice about pot, and are therefore vulnerable to this propaganda. It’s amazing that it has come to this point, where we allow these vultures to bring this poison into our lives and our families.

But as things stand, the propaganda has been coming in hard and fast, to the point where 64 percent of Americans now favor legalization.

To put it simply, pot will take away your agency, obscure your perception of the political problems with which we’re confronted; and it will make you a less dynamic, masculine individual.  Does that sound like who you want to be?

TopicsalcoholCulturedrugs
Share on FacebookShare on TwitterShare on RedditShare on VKontakte