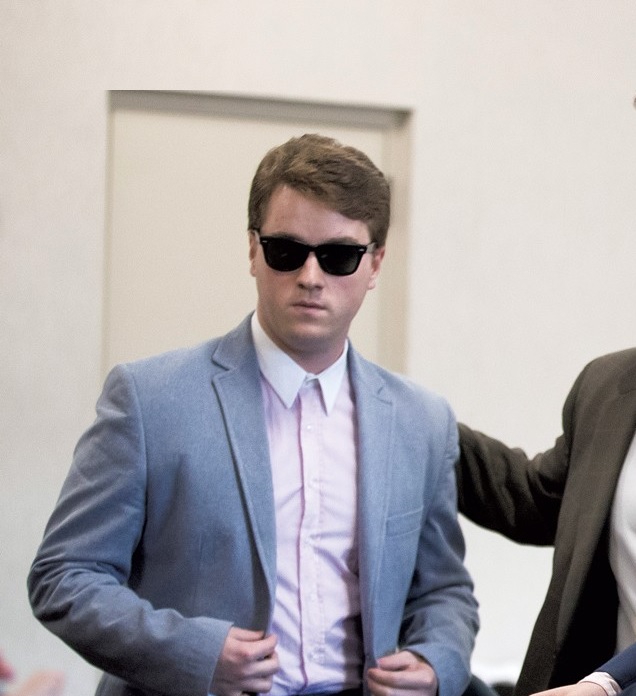 A small victory for free speech on American university campuses.

The 20-year-old young man in the photo is Wesley Richter.

A college student at the University of Vermont. His story is special.

When I first read of the trouble that befell him last October, I was reminded of stories of communist informers secretly reporting overheard, potentially problematic conversations made by unsuspecting neighbors to The Party’s secret police, and watching with suppressed glee as their neighbors were carted off to underground interrogation chambers. Unfortunately, this isn’t an article about life in the Eastern bloc in the 1950’s or about Romania’s Securitate and the relationship they held with their estimated half-million civilian informers. This is an example of life on American higher education campuses. 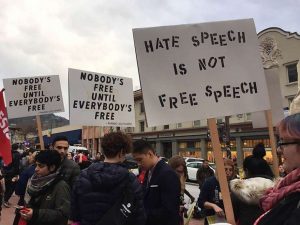 According to Burlington CBS affiliate WCAX, in October three students overheard Wesley Richter using “explicitly racist and threatening” language during a private phone conversation with his mother in the library multimedia room. One of them reported him to university officials for hate speech which allegedly targeted “black students and diversity initiatives on campus.” Police then charged him with a misdemeanor count for disorderly conduct. After two months of investigation, Judge David Fenster found no probable cause to support the allegation and dismissed the case.

WCAX’s video report includes a short interview with Chittenden County State’s Attorney, Sarah George, who was left disappointed by the ruling. “It is what it is,” she said. “The state put its best case forward. The judge looked at the law, but we see it differently. That’s what the process is for.”

Unsurprisingly, she still believes he is guilty, and as Burlington Free Press reports, if she receives “any additional information” that could lead to finding probable cause, her office may refile the case. After the judge’s decision was made, she added in a constricted voice: “What we allege he did, we still allege he did. It just didn’t rise to the level of a hate crime … This is one of the hardest issues that we deal with. The First Amendment is a fundamental right that we want to take very seriously and make sure everyone is getting the best of that. Sometimes, that’s a gray line.”

There, out in the open we can see the ill-will this lady holds towards Richter, even after he was acquitted of the ridiculous “hate crime” flimsily constructed by a triggered snowflake. Sarah George is out to get students for hate speech, tarnish their image and harass them, no matter formal rulings proving their innocence. Is this really what higher education has become in the United States? Innocent, normal, white male students being haunted by packs of gender-confused nazi hunters and diversity monitors who wait with bated breath in library aisles or bathroom stalls for the slightest whispers of racist speech?

Wesley Richter’s defense lawyer Ben Luna called the case “a significant victory for free speech and the First Amendment.” He added that the University of Vermont, the University’s police department, and the prosecutors overextended their constitutional power. “The court’s ruling reinforces my opinion that this matter should never have been brought.”

A reporter for Burlington Free Press followed Richter and Luna to the elevator after the hearing, determinedly asking questions even though the men clearly wanted to leave. When Richter and Luna were in the elevator, ready to go, the smarmy nasally-voiced reporter could not resist sneaking in the classic question-insult: “Is your client a racist?”

Police, prosecutors and university officials declined to release the specific details of Richter’s criminally offensive conversation with his mother (the context of which must have been quite interesting). As the judge did not find probable cause, an affidavit that would have revealed the exact racist quotations was never made public.

While the decision is a small victory for our free speech, the fact that indoctrinated leftist student activists can freely harass other students and summon them to tiring court trials is in itself a tool to control speech, to exert mental domination by using the threat of the court system to discourage those of differing opinions from speaking their honest minds.

Richter is no longer enrolled at the University of Vermont. Probably to his advantage and mental health.

Topicscensorshipcollegefree speechSJWsVermont
Share on FacebookShare on TwitterShare on RedditShare on VKontakte