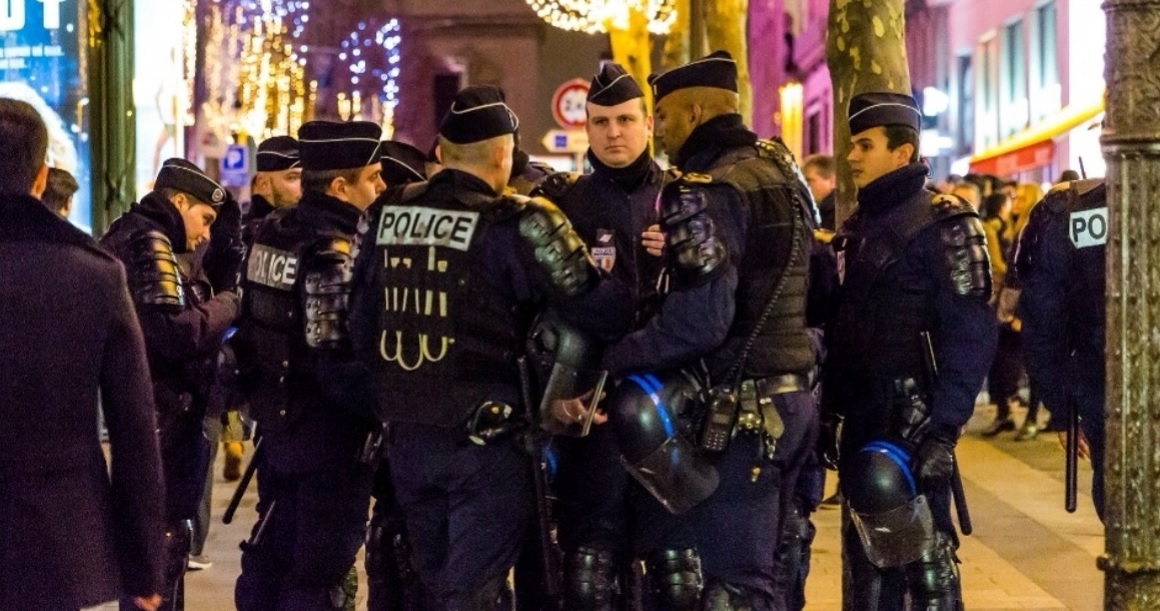 The migrant-ridden suburbs of Paris ring in the new year by bringing forth a wave of violent crime.

A video went viral across social media shortly after New Year’s Eve which depicts many dozens of running and screaming young men overturning a car in the street and repeatedly kicking a policewoman on the ground.

The video prompted immediate responses from French authorities and President Emmanuel Macron, who tweeted: “Those guilty of the cowardly and criminal lynching of police doing their duty on the night of December 31st will be found and punished. Force will support the law. Honor to the police and full support to all the agents attacked in such a low level fashion.”

Police woman has been molested by dozens of savages in Champigny #France #NewYearsDay #Happy2018pic.twitter.com/o0ryFpkujQ

The policewoman and her police captain were brutally beaten after being called out to a crowded party held in a warehouse in the southeastern Paris suburb of Champigny-sur-Marne. A fight had broken out when a group of about twenty “particularly violent individuals” crashed the event and refused to leave. The men then vented their rage on the police. This incited others to let loose and attack cars with sticks.

Obviously, mainstream news only refer to the vicious migrants by the classic euphemism — “youths.” But they leave hints about the true nature and identity of the perpetrators. The Local France writes: “Video images show youths turning over a police patrol car to cheers from crowds,” and “French police have long suffered testy relations with youths in poor immigrant-heavy suburbs.” The Daily Mail refers to the migrants as “thugs,” and shows video stills of an all-brown crowd in full chimp-out mode. The Sun Daily calls the attackers “revellers,” which is likely the most absurd description of all since the footage from that particular New Year’s Eve party more closely resembles a Lord of the Rings-style orc invasion than any festive gathering I have ever attended.

As the two police officers were taken to the hospital and treated for concussions, the extent of the violence in Paris on New Year’s Eve was made clear. Youths torched 1,031 cars, and police made 510 arrests. The Daily Mail states that burning cars and destroying one’s own neighborhood is a “ritual among youths living in deprived high-rise suburbs.” According to Breitbart, “the practice is thought to have begun in the 1990s in Strasbourg’s deprived, high-immigrant districts, which quickly spread to other poor areas.” On the topic, a spokesman from the French National Observatory of Crime and Criminal Justice told Le Parisien that “vehicle fires are often associated with a context of riots and urban violence. It can also be a ‘game’ to break the monotony, or it could be motivated by vengeance after a violent arrest. Or it could just be to get rid of a car used in a crime or as an insurance scam.”

The best article on the topic of burning cars is the following one from The Local France titled What’s behind the famous French tradition of torching cars?

Every New Year’s Eve nervous car owners across France cross their fingers in the hope they can start the New Year with their vehicle intact. That’s because of a longstanding French tradition that sees youths in certain parts of cities torching scores of cars.

I don’t know about you, but when I think of French traditions, vicious migrant thugs mindlessly rushing through streets and burning cars are not among the things that come to mind.

If the above “tradition” shocks you, then you must remember the sacred liberal saying “all cultures are equal.” There’s no difference between car burnings and folk dancing. France is progressing just fine, embracing its new citizens’ habits and gearing up to become a Muslim majority nation in 40 years.

On a serious note, it is important to pay attention to the progression of Paris, as dispiriting as it may be to any native European who carries a sincere love of his homeland. A once brilliant city, Paris is collapsing before our eyes, and if we wish to secure a different, more peaceful fate for our own nations and neighborhoods, it is vital we understand the (not only migrant-related) reasons for this devolution and speak openly about them.

TopicsdiversityimmigrationmigrantsmulticulturalismParisParis attacks
Share on FacebookShare on TwitterShare on RedditShare on VKontakte