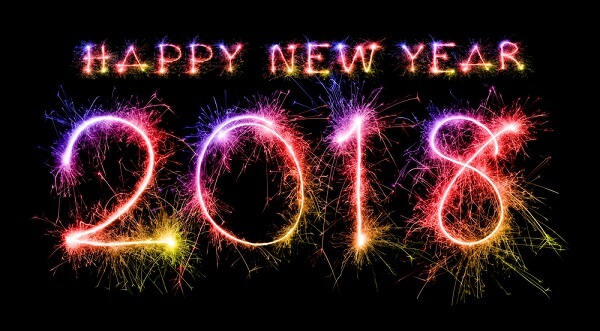 It’s not quite the New Year yet, but here I am already reflecting and writing a sum-up post for 2017. I hope you won’t mind if I jump the gun a bit.

Let’s just say that a lot happened this year, to say the least.

First and foremost, 2017 was the year that the Alt-Right rose up and out of the internet and took to the streets.

2017 was also the second year of far-left anti-White violence from the SJW Left. They took it to new levels with their attacks on right-wingers of all stripes, (not just Alt-Righters) at rallies all over the country. The police continued to side with the left and this all culminated in the battle of Charlottesville.

We are still dealing with the fallout from that event.

Doxxing – which will always be treated as a cardinal sin by anyone who threatens to do it, or does it to any of our people for any reason and that includes people who consider themselves “right-wing” – of our activists continues.

“Its OK To Be White” remains a revolutionary sentiment that has to be expressed with only the closest of friends, out of the public eye, the corporate workplace or in academia.

But can you feel it?

For the first time in my young life, and I suspect in the lives of many older White Advocates as well, there is serious pushback. And it’s coming from all sections of White society. It’s slow, and the other side is doubling down. But extremism from the Left only benefits us at this point. Balkanization is our friend and secret admirer, leaving us little gifts with every new letter that is added to the LGBTQA acronym or blue checkmark on Twitter slipping up and dipping into anti-White rhetoric. The center cannot hold, and we stand to inherit the fallout. I wouldn’t want to be a moderate in 2018 because it I guarantee that it will be a rough year for fence-sitters.

To top it off, we have found our very first Alt-Right candidate for political office in Paul Nehlen.

But dedicated readers and followers of the Alt-Right know all that. All in all, it has been an amazing year, anyway that you look at it.

We have become a household name, our ideas are becoming part of a rising alternative subculture that the youth is undeniably drawn to. Through memes, songs, and meet-ups we have carved a serious foothold in the hearts and minds of Generation Z.

Any Alt-Right meet-up, conference or shindig is absolutely dominated by the youth. It’s easy to forget what a hard time the older White Nationalists had with reaching out to the youth back in the day when you consider the situation that the Alt-Right finds itself in now. Even the difference between 2015 – when I got involved – and 2017 is absolutely remarkable.

The Alt-Right was a lonely place just 3 years ago. It’s more like a non-stop house party now.

Not only that but as always, we are winning the Internet Wars.

For example, the comments section of any MSM hit piece on White people or garbage peddling Cultural Marxism gets absolutely demolished within minutes of its publication. There is a serious and actual #resistance out there now that is emboldened and fed up with the anti-White lies of the establishment and its media lackeys.

/Ourguys/ are consistently demolishing anyone who tries to pick a fight with us online. The ongoing Skeptic community collapse may seem insignificant to a casual observer, but it is a great victory for the Alt-Right and a further consolidation of the opposition online. Hundreds and thousands of fence-sitters are suddenly finding out that our arguments hold water and can’t be ignored any longer. The Alt-Lite – broadly defined – is feeling the middle ground that they stand on to be shrinking, and ours to be growing, which bodes well for all us.

Many Youtubers and internet content creators have started drifting towards our camp. There are too many new Alt-Right e-celebs to count now, and there are even more people who have at least started flirting with our ideas on their channels and pages in 2017.

I think that I can confidently say that the movement is finally starting to mature and that 2018 belongs to us.

To top it off, dust seems to be settling on the optics debate, and we have decided to go the populist route instead of taking the fringe insurgency option. I think this was one of the most positive developments of 2017 because our message and our mission is not that radical or extremist when you get right down to it. We even weathered ThotGate intact, and despite all the Liberal gloating to the contrary, it didn’t break our movement or even slow us down. A lot of wheat got separated from the chaff. We lost a lot of opportunists and managed to rid ourselves of many freaks and shed some dead-weight. This is a natural process for any political movement. All we need to do is keep pushing, keep recruiting, keep refining our message and keep building up our infrastructure.

This is hard work, but it will pay dividends when the time comes.

Often times its easy to get black-pilled, faced as we are with tremendous odds. But nations, culture and the trajectory of history is like a giant oil tanker out at sea. And there’s a vicious battle in the cockpit for the wheel. Every incremental turn in one direction or another has to be fought over tooth and nail through wile, wit and unwavering force.

Huge changes in direction can be affected by just a single degree turn – a single spoke on the wheel.

Furthermore, each little incremental tug we manage to get on that wheel takes time to affect the massive tanker. Inertia and drift are powerful forces that will continue for a while even after the change takes place. Winning the internet is one such spoke that we have almost definitely managed to turn. The effects of it will only really start to make themselves seen in 2018.

Fighting for public space has proven to be another massive struggle, and despite setbacks, we will have to return to it with renewed effort in the New Year.

Even winning hearts and minds can only be done incrementally, because as we all know on this far-flung corner of the web, the red pill is a bitter one to swallow. Many have only just started questioning the course that the New World Order has charted for the entire White World. Their red pill path has only just begun in 2017, and they will only join our ranks in the new Current Year.

I can relate to this on a personal level because 2017 was a life-changing year for me as well. I was given the job of writing for and editing AltRight.com for starters, and got very involved with the movement both IRL and online. I wasn’t the only one.

Many, many others came onboard as well.

In conclusion, I want to leave you with a message of hope and optimism.

There are moments in history that stand out from the rest of history because of the great speed at which things start to move. We live in one of those periods, and we’re only gaining speed going into 2018.

There is no way that 2018 will pass without even greater gains for the Alt-Right. The great wheel of history is turning and I am happy to report that we are clearly on the right side of it. We’re all going to make it, lads. 2017 was the pilot episode and 2018 will be the year we get picked up by the network.