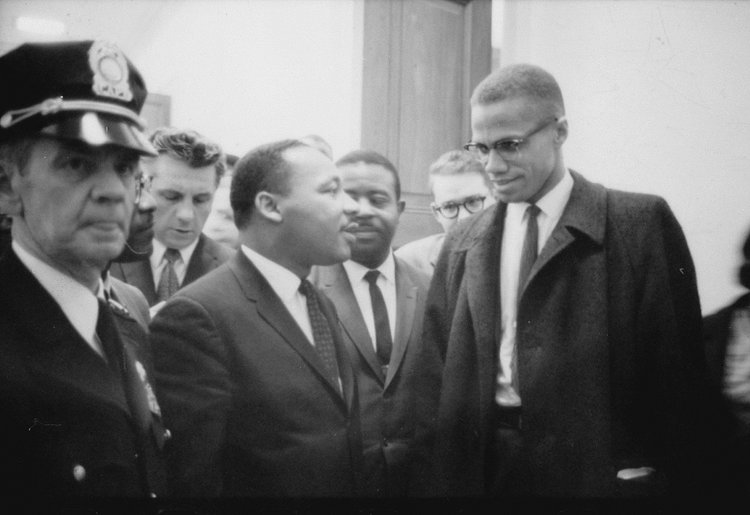 The real problem are the people that would force us together, not those that would understand our differences.

Have I always been a White Nationalist?

My family moved to a heavily integrated part of the country when I was five years old from a lesser, but still very much integrated part of the country and I can honestly say and without a trace of irony that I didn’t feel any racism toward these new darker students any more than I did amongst the yellow ones that I had previously experienced as the “other” (gosh, it’s oddly depressing to think that just 30 years ago most integrated communities were white’s along with just one minority group, usually blacks); however, my youthful “color blindness” didn’t blind me to logic and if anything it might have actually helped me be WOKE.

I remember one particularly aggressive bit of liberal government propaganda being when we had an assembly at my elementary school and there were 5 teams of people of different colors, but not colors representing humans, in other words, green, blue and orange as opposed to brown, red and black.  I got the blue team and I don’t remember the entire gist of it, but it was about not excluding people of different colors, etc. and my thought instantly became, “Why would you want to live with those who don’t want you?”  After asking this in the group setting to no avail, I decided to ask it when they had a Q and A for the entire assembly.  Needless to say, this question brought about angry stares and confused silence from an entire auditorium of kids and teachers, along with proper SJW activists.  One (white) kid got up to respond, but it was just flowery clap trap about God and brotherhood (if memory serves) and nothing of substance.  You can only imagine the applause.  When we got back to homeroom my otherwise lovely and memorable teacher proceeded to call me racist in front of the entire class. Luckily the 70 or so percent of the black students at my elementary school didn’t see me that way or life would’ve been mighty difficult for me for many years to come.  In fact, most black people I’ve ever known would probably find it shocking that I would be writing this as although I never was really a wigger, I was known as an honorary brother by some due, though again, not due to any kind of ridiculous affectation.

We were brainwashed, boys and girls.  We watched TV while our mommies worked and our daddies started over again and that T.V. and those schools served to handicap us by just a few strokes.  Now, don’t get me wrong.  I’m not trying to place the blame entirely on institutions and intellectual elites as we all have our own minds, but we do need to take a very encompassing look at post-war America (and I’m talking Civil War here) and what we can learn from the past as to how we can save our nations and prevent this crap from poisoning our descendants like it poisoned us.

I still don’t really see myself as racist, but I am much more racially aware now and don’t see non-whites (and frankly many other Euro’s) as equals; however, this comes from pride in my values and the determination to see them exemplified to the utmost and if others pride my values over their own, well, that really tells you all that you need to know then, doesn’t it?

Amusingly, it’s always other Whites that seemed to have a problem with what I said. As I mentioned before, the Blacks in the school didn’t seem particularly bothered by what I had said.

What about the Black Nationalists?

Most seem to understand that we are different and that separate is better. Leaders like Malcolm X, in particular, stand out.

When I first learned of the life of Malcolm X (like most Millennials and Gen X’ers it was via the Spike Lee movie) I remembered being taken with Malcolm’s father, Earl Little, and I’ve since always wondered why he wasn’t a more direct influence on his son.  Now, obviously being a spiritual and political leader of his local black populace is very much akin to his son’s life and work as well as his violent end, but he had a very different approach as to how to overcome the inferiority complex of the Afro-American or Pan-African Negros in general.

I finally decided to look more into the life of this man and was shocked to discover that seemingly the only information about him has been gleaned from The Autobiography of Malcolm X as told to Alex Haley. The Cliff Notes read as follows:

“Little, a Baptist minister by profession, was also an organizer for the militant Universal Negro Improvement Association, a black nationalist group led by the Jamaican Marcus Garvey. Malcolm remembers him as a confident, self-sufficient man, willing to stand up to white men. It was this aspect of his personality which resulted in his death. His organizing activities in Omaha, Nebraska, caused trouble with the Ku Klux Klan. His house in Lansing, Michigan, was burned to the ground by a white racist group, the Black Legionnaires; it is likely that this group murdered him.”

Now, this of course begs the question, why would the KKK or those of their ilk want to kill someone who’s trying to get Negroes to self-deport?  Wouldn’t this be the ideal Black leader for them to promote and coordinate with?  Can anyone on the Alt-Right really say that they wouldn’t be behind this guy 100%?

White supremacists want the Negroes here for the same reason that the slave owners who brought them here did…cheap labor.  Negroes were Mexicans before Mexicans, especially in the South, and the merchant class used racism to cruelly subjugate an ignorant and alien underclass as a weapon against the labor costs and therefore money and power of their white competitors (sound familiar?).

So, why don’t more blacks stand up for Earl Little and those like him and why is there not more known about him?  Well, aside from the fact that blacks aren’t very scholarly, by and large, there’s also no money or power in it for the type of non-blacks or scholarly blacks who would otherwise jump at the chance to promote racial demagoguery.

The sad fact is that after the Civil War (or Caesarean takeover of America, whichever you prefer) the house slaves and their slave masters made a pact against the field negroes and the non-slave owning whites to work together to stay wealthy and in control of their self-perceived “lessers”.  It’s basically elitism, in a nutshell.

Yes, elitism on both sides, the black elites, and the white elites brought us to this point.

What we really need are more Earl Littles to preach ethnic pride amongst a people in the midst of an obviously cruel identity crisis brought about by some sort of collective Stockholm syndrome or the otherwise basic soulless materialism of their more entrepreneurial and ruthless leadership (and can’t we all relate to that)?

But I’m not holding my breath waiting. We can’t babysit the black community forever. They need to take their destiny back into their own hands, just the same as we do.