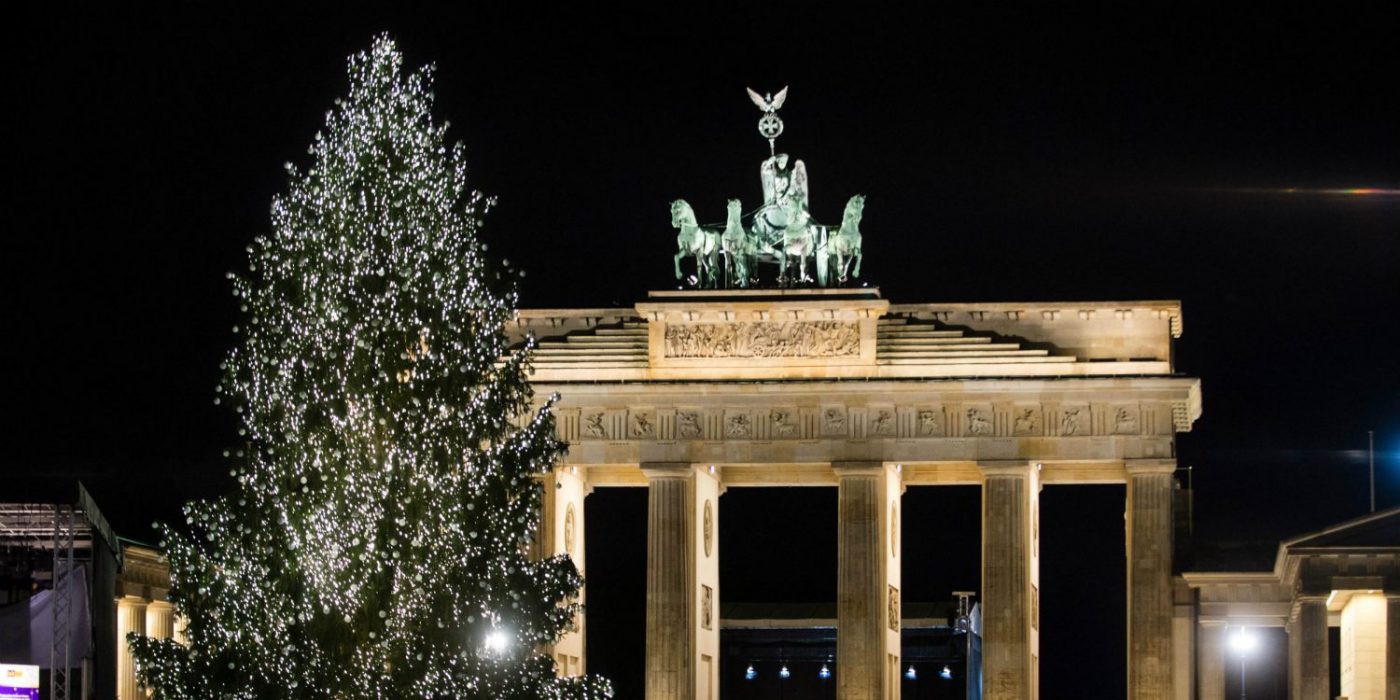 Christmas Cancelled At German School Over ONE Muslim’s Complaint

Is this part of the war against Christmas?

So get this. It turns out that ONE muslim chick complained, and the leftists used it as a casus belli to really stick it to the German rubes at this school. You know, the ones that cling to the traditions that Leftists and the Tribe hate so much.

A 600-year-old school in Germany has ditched Christmas celebrations during class time after a Muslim pupil said that carols were incompatible with Islam.

After a stir in local media over reports that the Johanneum Gymnasium in Lüneburg had “cancelled” Christmas following a Muslim girl’s complaint that the songs conflicted with her religion, the school’s headmaster said that the school was taking “a sensitive approach” to the festive season.

Headmaster Friedrich Suhr confirmed that the complaint had taken place, but denied it was behind the decision of management at the school — one of the oldest in northern Germany — to postpone and make voluntary its annual Christmas party.

The headmaster also explained that that music lessons at the school would no longer include songs with religiously-themed lyrics, pointing to regional education board rules which require teachers show consideration to pupils from minority faiths.

It’s only a matter of time before Christmas gets canceled in Germoney. Of course, the theme of the “war on Christmas” has been a fixture of boomer conservatism my entire life in the US. Pundits like O’Reilly would constantly complain about the attacks on Christmas from the Left, the banning of religious words and songs and prayers in schools as well as Christian imagery getting taken down.

And this was before we ever started getting significant numbers of Muslims in our public schools.

As a kid who already went to a de-Christianized school and spent most of my time learning about the Holocau$t and black history, I only learned later that there was still an ongoing debate on the topic in the country.

But there isn’t one really in Germoney or most of the rest of Europe. The debate ended a long time ago.

This story is misleading then, and typical Breitbart boomer-fare stuff because Christianity has always been much more low-key in Europe and out of vogue. They never experienced the Evangelical renaissance that the US did in the 90s.

A number of church figures have hit out at the school for taking an overly sensitive approach, with Catholic Bureau of Lower Saxony prelate Felix Bernard pointing out that religious music in Germany “is part of our cultural heritage”.

“The singing of Christmas carols constitutes neither a religious confession nor a service”, he toldHannoversche Allgemeine Zeitung.

Auxiliary Bishop Nikolaus Schwerdtfeger added it should go without saying that Christmas carols would be sung at Christmas celebrations in a Christian country.

“The fact that a school Christmas party can not take place during class time, I find a pity and also a bit absurd,” he said.

That’s pretty based for a priest. I did not see that coming.

When Richard Spencer says that he is a “cultural christian” I think he’s getting at something important. In general, most of us when we hear the carols and see the Christmas decorations, don’t necessarily associate it with faith in the bible or the bespectacled little grub shaking incense at us from the altar and mumbling about being humble sheep or something like that.

We instead take cultural, national and racial pride when we look up at these great cathedrals, artworks and historical achievements of the people that built it all. We feel it even when we look at the holly in the green wreaths and the familiar wrinkled face of Santa Claus beaming back at us.

God died in Germoney a long time ago. Now they’re coming to finish off the German people. They’re just using the Muslims as a battering ram to do it.