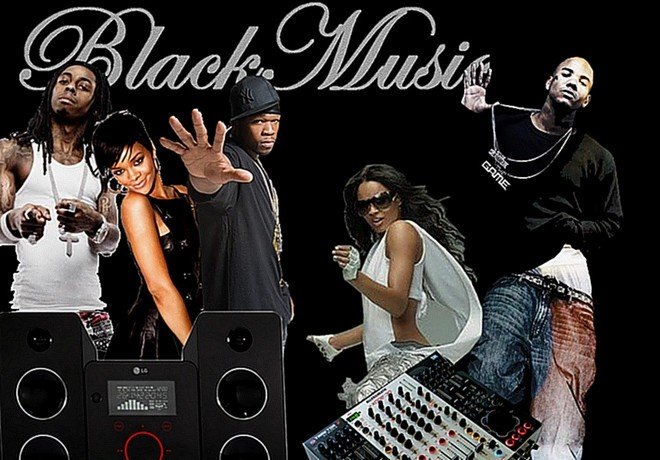 How Albion Got Blacked

The complete and utter state of the UK is the result of listening to black music.

When he saw group of English boys being sold as slaves in a Roman market, Pope St. Gregory the Great (540-610AD) famously commented, “Non Angli, sed angeli” (they are not Angels, but Angels). The Italian pope was remarking how handsome and angelic the blonde haired and blued eyed kids were. The late pontiff’s comments clearly indicate that he understood Britishness as being rooted in specific racial qualities: British people actually look a certain way because British people are, well, British.

If St. Gregory were to see some “British” kids today, he would be a bit confused to find what the Romans called “Aethopiani” (Black Africans) and “Indi” (those from the Indian subcontinent) as the emerging majority population of Britannia.  Readers of American Renaissance already know the story of how far Britain has fallen under the deadening weight of diversity. However, as London has now become a majority non-British city under a Pakistani mayor, Muslim rape gangs are allowed to prey upon British girls with impunity, and Prince Harry, fourth in line to the British throne, is set to announce his engagement to a black American woman, an exploration of how Britain became a noisy, crime-ridden outpost of the “Global South,” is in due order.

The term “British”  has taken on a radically different meaning than it would have meant since the time of the Roman occupation of Britannia. In fact, in our Orwellian, multicultural world, one does not actually have to be British to be British. This maddening paradox was revealed in Richard Spencer’s recent clash with black “British” reporter Gary Younge of BBC’s Channel 4, who was on a tour of the United States to expose the racism that led to the election of Donald Trump.  As his brief interview with Richard Spencer progressed, Younge grew increasingly angry in response to Spencer’s refusal to adopt guilt for the transatlantic slave trade; however, what finally drove the Barbadian reporter over the edge was Spencer’s claim that Lewis would never really be an Englishman. This must have been a sore spot for Lewis, for he immediately ended the interview.

How could Younge ever have gotten the idea in his head that someone whose ancestors came from Africa could become a member of an Indo-European people drawn from Celtic and Germanic stock?

The answer this question is a circuitous and weird journey, for before an African man whose parents were from the Caribbean island of Barbados could think he was British, it was necessary for the British people to think that they were black.

In order for this alchemical transformation of the British soul to take place, British music had to become African music, for “music is the food of the soul,” and sometime after the Second World War, the British soul became black.

The “conservative” British journalist Peter Hitchens (brother of the late Christopher) wrote of this poisoning of the British soul in his 2000 work, The Abolition of Britain. In this dirge for his dying country, the British author notes that the degeneracy that became so prevalent during the Tony Blair era in which Hitchens was composing his work had at least partial roots in the cool jazz, swing, and big band music brought to Great Britain during World War II by jive-talking white American servicemen.

This black music (a racial thread that the politically correct Hitchens does not quite follow in this work) then led to the subtle transformation of British culture in American (i.e. black American) culture), which was vomited back into the United States during the British invasion of the 1960s and 70s led by bands such as The Beatles, The Rolling Stones, and Led Zeppelin.

The argument may be made that much of these bands’ music is very white and drawn from deep roots in European (albeit pagan) culture –especially in the case of Led Zeppelin. However, there was no question that such blues-infused songs and covers such as “Brown Sugar,” “Since I’ve Been Loving You,” and “Roll Over Beethoven,” among many others, were, without question, black music.

Perhaps the most important album in the British invasion of ironically black American music back into America was the 1965 classic Beatles album, Rubber Soul, drawn from the Beatles’ experiences during their 1964 American tour Rubber Soul, in the minds of many music historians, defined pop music and has influenced, in many, ways virtually every popular music composition released after it. Rubber Soul contained such soulful hits as “Drive My Car,” which drew from the repertoire of black American music. Thus, in many ways, one of the greatest Albums of perhaps the greatest British pop musical group ever is perhaps more black than it is British.

Ironically (or perhaps not), Paul McCartney said that the album’s title was inspired by the ridicule black American musicians directed toward The Rolling Stones’ Mick Jagger’s attempt to act and sing black—they had called him “plastic soul,” but “rubber soul” sounded more clever.

Before Prince Harry began dating a black American girlfriend, there was Mick Jagger’s foul crooning of “Brown Sugar.” Before East London became a war zone, Led Zeppelin’s Robert Plant sang in “black voice,” “Babe I’m Gonna Leave You.” There would not have been the “British” pop sensation of the 90s, The Spice Girls were led by the black singer of Caribbean descent “Mel B” or “Scary Spice” if the Beatles would not have covered “Twist and Shout.”

In the Obama era, the coup de grâce indicating how both the British and the American soul has been blackened can be found, unsurprisingly in a pop song, “American Boy,” by the Senegalese-Caribbean singer Estelle Swaray, who, like Gary Younge, identifies as “British.”  It is not the popularity of yet another African song among European people that makes the 2008 “American Boy” so crucial to our discussion–“American Boy” peaked at the top of the British charts, was nominated for “Song of the Year” at the Grammys, and the version Estelle sang with American Kanye West won the Grammy for “Best Rap/Sung Collaboration.”  Rather in “American Boy,” we see the triumph of blackness and the black soul in both Britain and America.

The black singer Estelle, the “British” girl, clearly identifies her American beau as a black man who is wearing “fancy clothes,” which include such elegant attire as  “baggy jeans”  and “Sneaker’s looking Fresh to Def.” Estelle further sings that she wants to “kick it” with this American boy in the “hood” in Brooklyn and to see LA, which is in “Cali,” a black slang term for the once great American state of California. Estelle and her beau, played by Kanye in the “remix,” are the new “Anglo-American” couple who are going on a tour triumphal of the formerly Anglo-Saxon countries that were conquered by black music long before they were conquered by black people.

However, the bitterest irony is that the majority of people who listened to “American Boy” like the majority of people who listen to black music are white. Thus, if anything, “American Boy” is a song about the victory of negritude in the soul of British (and American) people. And, ironically, it has been through black American music performed by both white and black musicians that is blared in restaurants, airports, shopping malls, stores, and, yes, even churches from Moscow, Russia to Sydney, Australia, that has crippled the souls of Western men and women and made us welcome our conquerors with fawning adulation.

But there is still hope in the metapolitical struggle for the soul of Britain and the West.

Negritude is a condition of the soul as well as of the body, and it is only tossing off what the great but weird British Romantic poet William Blake called the “mind-forg’d manacles” of jazzy blackness will we be finally able to breathe with the strong souls that propelled our ancestors to greatness, per aspera ad astra.