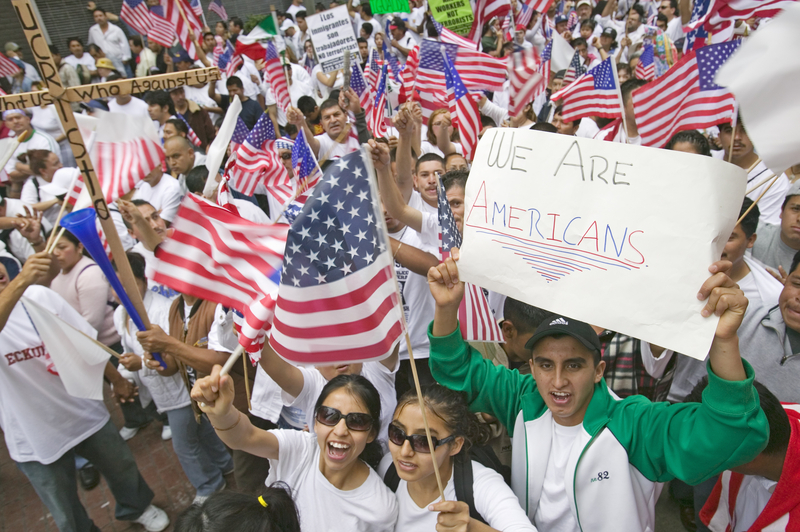 California is lost because of the judges. Your state is next.

In 1994, California voters approved Proposition 187, a ballot measure that would have denied social services and education to illegal aliens. Voters thought that they were finally getting rid of them by self- deportation. After all, they could no longer work at the Department of Public Welfare unless they spoke English and Spanish and this seemed like a plausible way to get them off the dole.

Pete Wilson was elected governor. He ran on an anti-illegal immigration platform so voters thought the deal was done. We were going to take back our state.

According to Ann Coulter, approximately sixty million illegal aliens are now in the country. More of them live in California than in any other state. A few years ago, Governor Jerry Brown brokered a deal with Senate President Kevin de Leon to grant driver’s licenses to illegal aliens, Medicaid was given to illegal children and the Dreamers, and Senator Ricardo Lara(D-Bell Gardens) has promised to implement single-payer healthcare so that all illegal aliens can receive it.

How did California go from Proposition 187 to where it is today?

Well, President Trump has said it is the fault of California voters, and because of the candidate that we vote for. Nothing could be further from the truth. I don’t believe that even legal Hispanics would vote to support illegal aliens. I believe that illegal aliens have been allowed to vote under Governor Brown’s “Motor Voter Law.”

According to an immigrant from Peru, she applied for a driver’s license and was asked if she wanted to automatically be registered to vote.

“Do you want to vote or not?” the clerk asked.

The lady, who was a registered nurse, said okay and was recently deported to Peru for voting illegally. She left her grown daughter and a grandbaby behind.

The government of Clown World only goes easy on hardened criminals, like the one who returned to America again and again and then shot Kate Steinle. The message sent is that it is perfectly acceptable to kill a white American, but somehow we are supposed to believe that the government cares about voter fraud?

If so, why has the federal government not launched an investigation for voter fraud in California? If this doesn’t suggest that three million illegal aliens voted for Hillary, what does?

And whatever happened Prop. 187? It was ruled unconstitutional by a Jimmy Carter appointee, Judge Mariana Pfaelzer of the US Court of Appeals for the Ninth Circuit. This is the same court that declared that President Trump’s travel ban was unconstitutional, although in November, the US Supreme Court allowed it to take effect.

Why wasn’t Proposition 187 ever sent to the Supreme Court?

On June 23, 2014, twenty years after voters passed Proposition 187, Senator Kevin de Leon, the son of an illegal immigrant, declared it a racist proposition. Along with several Asian and Hispanic lawmakers – all Democrats – he passed Senate Bill 396 to erase the offensive language from California’s education, health, and welfare code. They held a ceremony on that day and declared it “World Unity Day.” The purpose was to celebrate diversity and to promote a united future in a country that none of their ancestors fought for or even founded.

De Leon has led at least two delegations to meetings of the United Nations and has worked closely with his pal, Tom Steyer, the Trump hater, on green energy projects. De Leon is currently trying to unseat Senator Diane Feinstein because his term as senate president is almost over. Steyer claims that he very well may run for governor of California in 2018.

Those of you who blame conservative baby boomers for the Steinle verdict need to seriously get real. California is being used as a UN experiment and its power is out of the hands of its citizens. It’s always been this way. You will understand when they come for your state next.