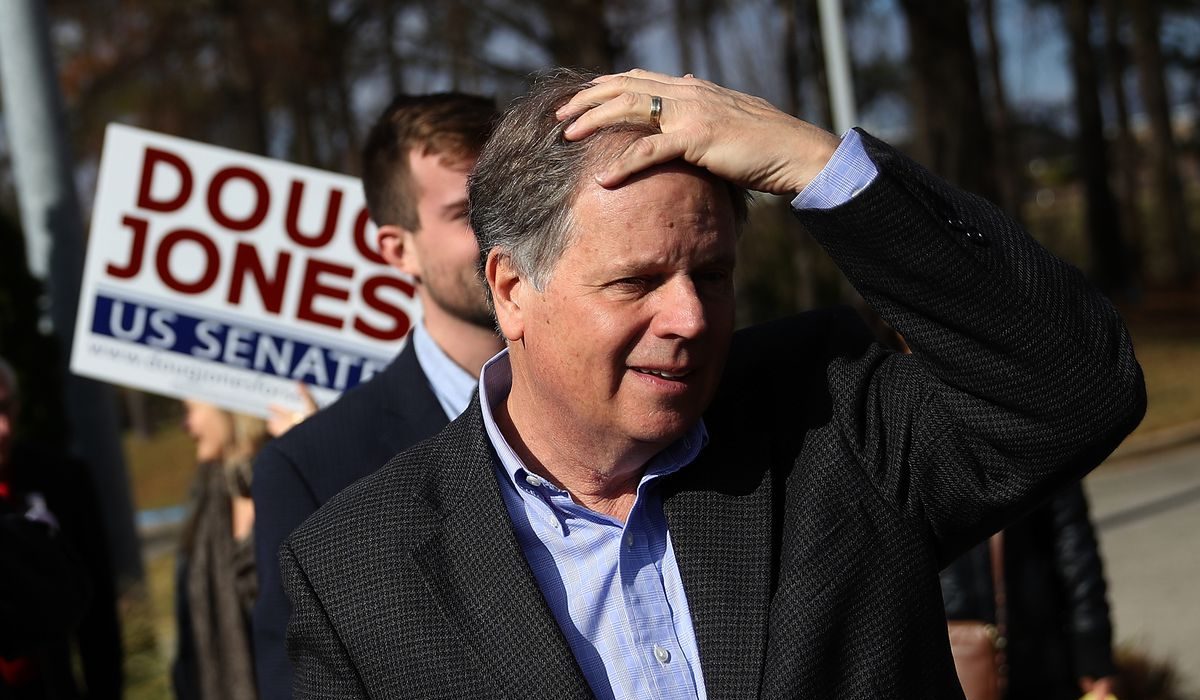 White Alabamans Were Stabbed in the Back!

All the kvetching about why Roy Moore lost is missing the obvious.

I’ve heard a lot of kvetching from all quarters of the right agonizing over why Roy Moore lost to Doug Jones.

The answer is very simple:  Establishment cuckservatives betrayed the White voters of Alabama and caused him to lose!

It’s so obvious.  Mitch McConnell and the rest of that gang broke ranks from their own party.  They sabotaged Moore’s campaign by either withdrawing their support, or counter-signaling him completely and encouraging people not to vote for him.  Jones’ margin of victory was razor-thin, and Moore would’ve won if Republican leadership had closed ranks behind him for the sake of white people and our country.

Arch-Zionist Sean Hannity, who attached himself to Trump-populism to avoid fading into O’Reilly-like oblivion, revealed his true colors when he pretended to be so shocked by the “sexual allegations” against Moore that he withdrew his support.  Does anyone actually think Hannity would not prefer to be cheerleading another Middle East war, for a Jeb Bush or a Marco Rubio?

Roy Moore and Steve Bannon openly declared war on McConnell and establishment Republicans.  Establishment Republicans wanted Roy Moore to lose, and they made it happen.  Roy Moore winning would’ve been much, much worse for them than getting Senator Doug Jones.  For the price of one Democratic Senator, they get to discredit Bannon and shore up Wall Street neoliberal establishment ranks in the Republican Party against populist-nationalist primary challenges.

And McConnell and the Republican leadership are anti-White.  Let’s make no mistake about that.  I saw Peter King on FOX News last night, going on about Bannon and “hate”… Peter King is an anti-white Zionist traitor.  All of these establishment Republicans are traitors to White people, and they sold out the White people of Alabama once again last night.

Don’t talk to me about women being to blame.  Sixty-three percent of white women in Alabama voted for Roy Moore!  That’s a huge majority and is really quite remarkable considering the avalanche of #metoo propaganda crashing down on white women from all sides of social media and the news and entertainment industry.

This election was also a way for establishment Republicans to deal yet another blow to President Trump.

Just look who was denouncing Roy Moore:  Mitt Romney, John McCain, and all the usual suspects.  Gary Cohn held a (((holiday))) party celebrating Moore’s defeat.  Why are we blaming candidate Moore, or blaming women, or blaming religious conservatism, when it is so obvious who is to blame?

This is war, people.  When traitors at the highest levels of leadership sabotage your effort, and cause your enemies to win, you don’t blame your own troops for not fighting sufficiently hard enough.  You blame the traitors who sold you out.

The Republican leadership stabbed the White people of Alabama in the back.  McConnell, Ryan, Romney, McCain… Hannity… Cohn.  The same anti-White traitors who took us into the Iraq war, flooded our country with third world immigrants and destroyed our economy.  This is a small clique of enemies and traitors at the highest levels of power, and they must bear the sole responsibility for this defeat.

Jared Kushner is watching us take turns denouncing Moore, denouncing women, denouncing Christian conservatism and he is rubbing his hands together.  McConnell’s many chins are obscenely folded into a smile of deep satisfaction.