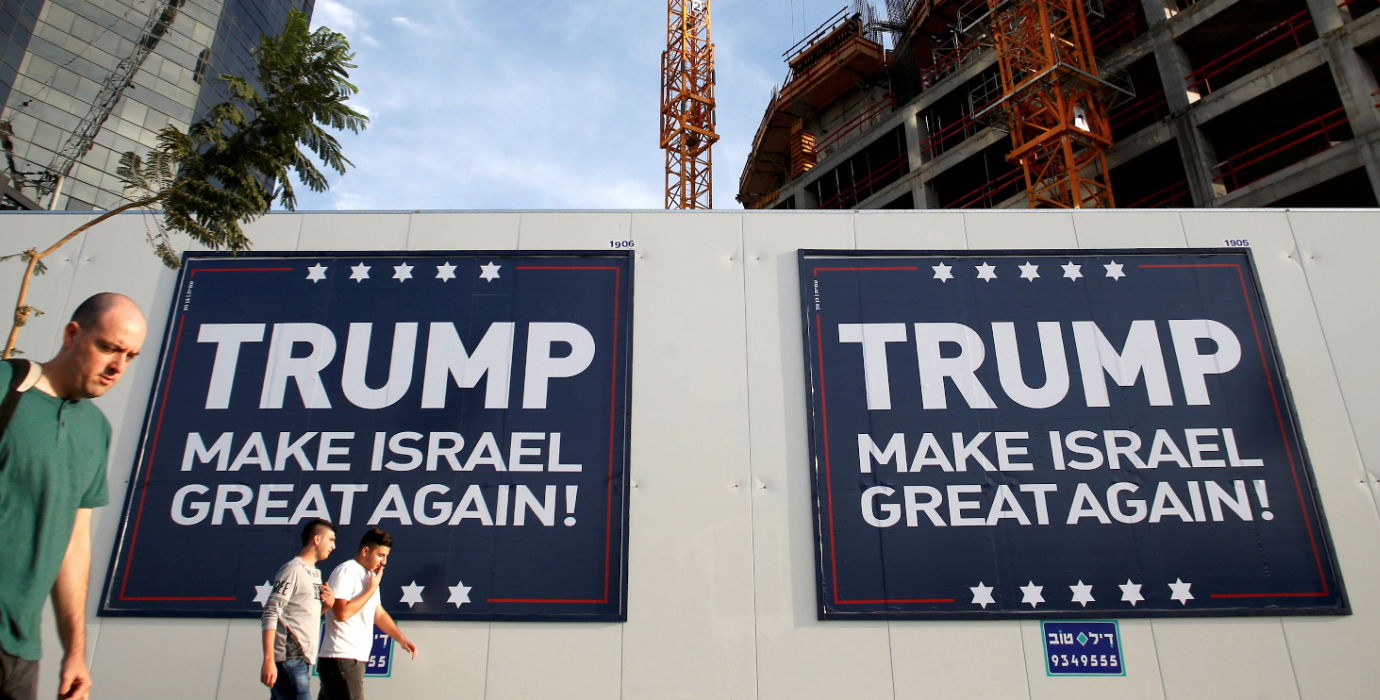 Welcome to Joyce’s Diary, my personal take on recent events that punctuate the accelerating Kali Yuga.

Gillette — The Best a Child Migrant Can Get

A Swedish investigation into migrants claiming asylum as children indicates that 84% of those tested were over the age of 18. Sweden’s national forensic medicine agency (Rättsmedicinalverket) checked the age of 7,858 ‘refugees’ and found that almost 6,628 were 18 or over. There are multiple reasons why adult migrants would pretend to be children, the main one being that they would be less likely to be sent back to their country of origin. These findings are similar to those in Denmark, where three-quarters of age-tested asylum seekers who told Danish authorities they were children have been found to be older than 18, and Britain, where a Home Office investigation found that at least two-thirds of ‘child migrants’ coming from Calais were at least 18 years of age. Of course, the Home Office could have saved itself some time by simply consulting the foster parents of some of the ‘child migrants,’ many of whom reported to the press that the first request of many of these ‘children’ was for a razor and some shaving gel. 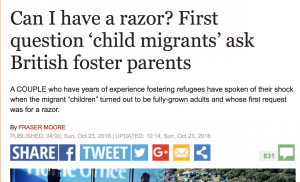 One of the Left’s most well-worn tropes is that the West needs to open its borders in order to rescue vulnerable children from foreign war zones. Indeed, images of wounded children, displaced children, and even dead children, have been greedily employed as primary propaganda weapons in the fight for open borders. However, the reality is that this is a massive movement of foreign adult men, predominantly Africans, and Arabs, into the European heartland. Allowing them to enter Europe under the ruse of being children is as dangerous as it is disingenuous — most notably in the notorious case of Swedish ‘aid worker’ Alexandra Mezher, who was stabbed to death by a “15-year-old” Somali, who was later revealed to be at least 22. Pretending that foreign populations are “just like us” causes us to lower our guard considerably. Pretending they are children causes it to be dropped altogether.

Philip Mitchell Brailsford, 27, a former Arizona police officer, was acquitted on Thursday of a murder charge in the 2016 fatal shooting of Daniel Shaver outside his hotel room. The body cam footage of the killing is very unsettling and shows Brailsford ordering a slightly inebriated and very distressed Shaver to exit his hotel room, lay face-down in a hallway and refrain from making sudden movements –  under threat of being shot if he failed to comply. Brailsford’s panicked conduct in the footage is erratic. He issues a hail of sometimes conflicting instructions, i.e. for Shaver to raise his hands and also to crawl along the ground. Throughout, Shaver sobs as he begs police not to shoot, and displays obvious confusion at some of the conflicting commands he is asked to comply with. As Shaver reaches down to pull up his falling shorts, a panicked and aggressive Brailsford fires several shots into Shaver’s prone frame, killing him almost instantly. 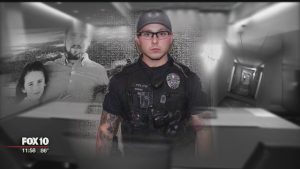 I’ve always felt that modern policing attracts the worst possible recruits, and is a breeding ground for narcissists and government lapdogs. Even the worst behavior of Black cop-baiters, in protesting at the alleged ‘institutional racism’ of police departments, has never convinced me to fully side with the police. For those with any sense of lingering attachment to the boys in blue, Charlottesville should have been a wake-up call in terms of police co-operation with the government agenda. Yes, some officers may be on board with our ideas, but as a corporate entity “The Police” are a major part of the problem — they are ground zero for the enforcement of the corrupt laws that silence dissent and pave the way for our destruction. Brailsford was ultimately just another conformist cretin, consumed by narcissism, riddled with cowardice, and content to take a paycheck in exchange for being the government’s willing executioner. Protect and Serve? More like “Protect yourself and Serve the State.”

Donald Trump has recognized Jerusalem as the capital of Israel in a move that seems to solidify his growing reputation as something altogether worse than a neocon — an apparently earnest “Clash of Civilizations” dupe, half-drunk on the Kool-Aid of Christian Zionism. Coming fresh on the heels of Steve Bannon’s November flirtations with the Zionist Organization of America, Mike Pence’s grinning face as Trump literally slurred out a stream of Zionist non-sequiturs was, for me, one of the low-points of the year. 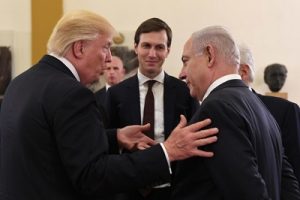 In immediate, practical terms, the move might seem largely inconsequential. Trump merely directed the state department to start making arrangements to move the US embassy from Tel Aviv to Jerusalem – a process that officials say will take at least three years. However, both context and emerging patterns suggest that the Trump administration will continue to pander to the Jewish lobby and its deranged Christian cheerleaders, strengthening both and setting further dangerous precedents. This is therefore a highly symbolic victory for the twin-headed plague of Jewish and Christian Zionists that currently has American foreign policy locked into a death spiral. Finally, it’s worth recalling the fact that Trump was voted into office to deliver things that Israel already has — a huge protective wall and a strict immigration policy built on the deportation of illegals. If his term in office fails to deliver these things to Americans, then it may well come to pass that the Trump presidency shamefully served no other purpose than bolstering Zionism.

Speaking of deporting illegals, ICE apparently has such a fierce resolve to hold criminal migrants accountable that it recently ordered a ‘deportation plane’ holding 92 Somalis to return to the US — with its passengers. The reason? On reaching Dakar in Senegal, the flight crew complained that hotel issues meant they would “be unable to get sufficient rest” for the onward journey to Somalia. After taking some time to think about these serious “logistical” issues, “ICE decided to reschedule the mission to Somalia and return to the United States with all 92 detainees.” Lawyers working on behalf of the would-be deportees have hailed their return as a priceless, final opportunity to obtains stays of deportation. Indeed, it looks doubtful if these individuals will ever see the pristine streets and stunning high-rises of Mogadishu ever again. 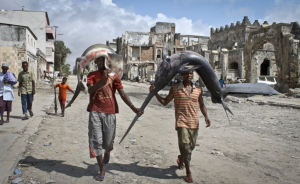 The incident illustrates much about modern Western immigration enforcement. It is utterly spineless, lacks foresight, and seems to be only half-heartedly engaged in by just about everyone associated with it. Despite overwhelming support for stricter border enforcement, it seems to take monumental effort to remove those residing in the country illegally. Bureacracy, the ‘human rights’ scam, a legal industry built on securing stays, and a mainstream media that is resolutely hostile to “nativist” legal measures, all conspire to ensure that a sluggish inertia constantly shadows any effort to be decisive in this area. Sending an ICE deportation flight home from Africa, replete with a cargo of Africans, is both painfully ironic and so very telling.