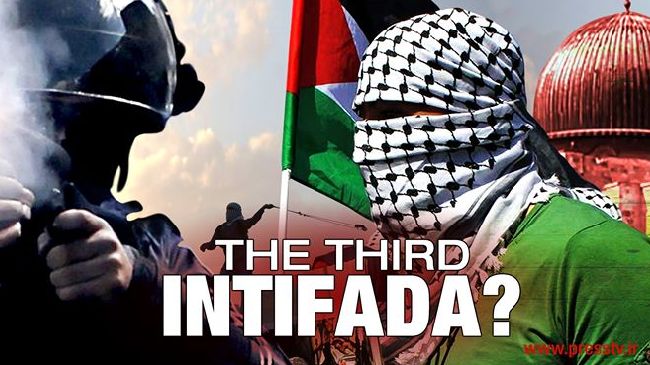 The 3rd Intifada Is Upon Us

When will the White Intifada come though?

The holidays are upon us. Which begs the question why Donald Trump could not have waited until January to announce his support for Jerusalem becoming the capitol of Israel…

Because we all know what that means. The fireworks are about to start:

German police evacuated the city centre of Potsdam, near Berlin, on Friday afternoon after a package was found near a Christmas market containing fireworks and “hundreds of nails” in a tin.

The suspicious package was handed into a Potsdam pharmacy at about 2.30pm on Friday. An employee opened it, discovered wires, white powder and batteries inside and called the police.

Their Days of Rage will run up against our Days of Apathy.

In the inevitable showdown, I’m putting my money on Rage getting some good shots in, but Apathy ultimately prevailing.

Europeans and other White infidels are going to be on the receiving end of all this. Not to worry though, precautions have been taken, and you won’t even notice them. 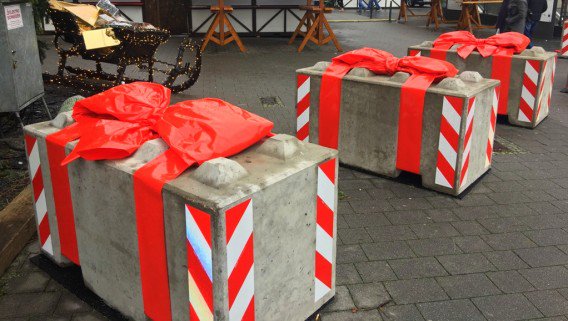 I wonder, if they started calling explosions and bomb packages found in crowded Christmas markets “Diversity Presents” would people find it more reassuring?

But back to Trump and the Jews.

Ivanka and Kushner seem to still have the White House on lockdown. Kushner, a Chabad Jew with nationalistic sentiment only for the 51st state of the United States, seems to have had a hand in this whole process.

So was it 4D chess from Trump or another case of Ivanka whispering into his ear, “Daddy, make Jerusalem the capitol,” and Trump just doing it?

I hope it was the 4D former. I hope it was a move to give one faction of the Jews what they want so that they stay on his side and help him with his domestic agenda.

It has to be said though that Ivanka in general, is totally shit-tier.

The Hispanic unemployment rate dropped to 4.7% – the LOWEST in the history of the United States. This Administration and @realDonaldTrump are working hard to create opportunities for all Americans…and we are just getting started! ?? #MAGA #JobsReport https://t.co/MvPOrIqdXI

She seems more concerned with proving to her NY elite peers that her daddy isn’t as bad as all that than she cares about Trump’s true mandate from White America.

But back to the Intifada.

I don’t have high hopes for its success. What has changed since the second Intifada? Israel has put up massive walls, seized more territory and sieged Gaza.

And I have little sympathy left for the Palestinians. It’s hard to root for such an incompetent team, even though you sympathize with their plight. Who will even support them? The Saudis have made a separate peace with Israel, and Egypt can’t even send troops into their own Sinai for risk of offending Israel, which has dissolved into total anarchy. Meanwhile, their own Hamas fighters are Sunni and some have been fighting in Syria against Assad, Hezbollah and the Iranian Guard.

But here we are, at the start of the 3rd Intifada. And I think think they have a chance.

Sure, Israel will begin crushing it by bombing them into submission and shooting down the teenagers throwing stones. The only question is whether the world media stay quiet about Israel’s bad behavior.

Maybe not. If they can blame Trump for this somehow, why not pile it on? There is a debate now over whether the US should support the Arabs or the Jews.  On the one hand, the media hates Trump, on the other they are shills for Israel.

So where does that leave us on the Alt-Right?

We shouldn’t get pulled into it on the Alt-Right. After all, are we not busy enough with our own Intifada?

Are we not oppressed as well? At least the Palestinians have no illusions about their occupier and what the Jews plan to do to them. We should be so lucky to have Israeli tanks in our neighborhoods. At least then we could see our enemy plainly before us and rise up in righteous rebellion. Naked oppression is easier to rebel against.

But we’re kept down by kappos drawn from within our own ranks.

We have people denying the reality of our occupation, which is something that no sane Palestinian can do.

In the open air prison of Gaza, only the clever survive. Every incompetent Palestinian leader there will soon be dead, decapitated by either Mossad or by his own people. A new generation of elites will rise that are hardened and born into the struggle. 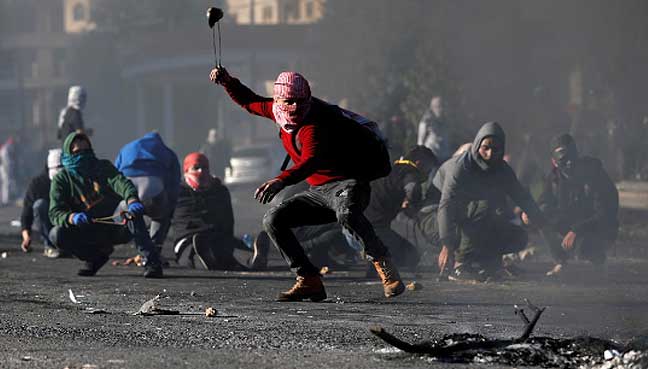 The Palestinians have lots of children which means plenty of young men to throw away into Israeli prisons or to strap into suicide vests. They have an identity that hasn’t been taken away from them. And they have no illusions about how they are going to achieve their freedom.

Again, I don’t feel too bad for them.

We should be so lucky.