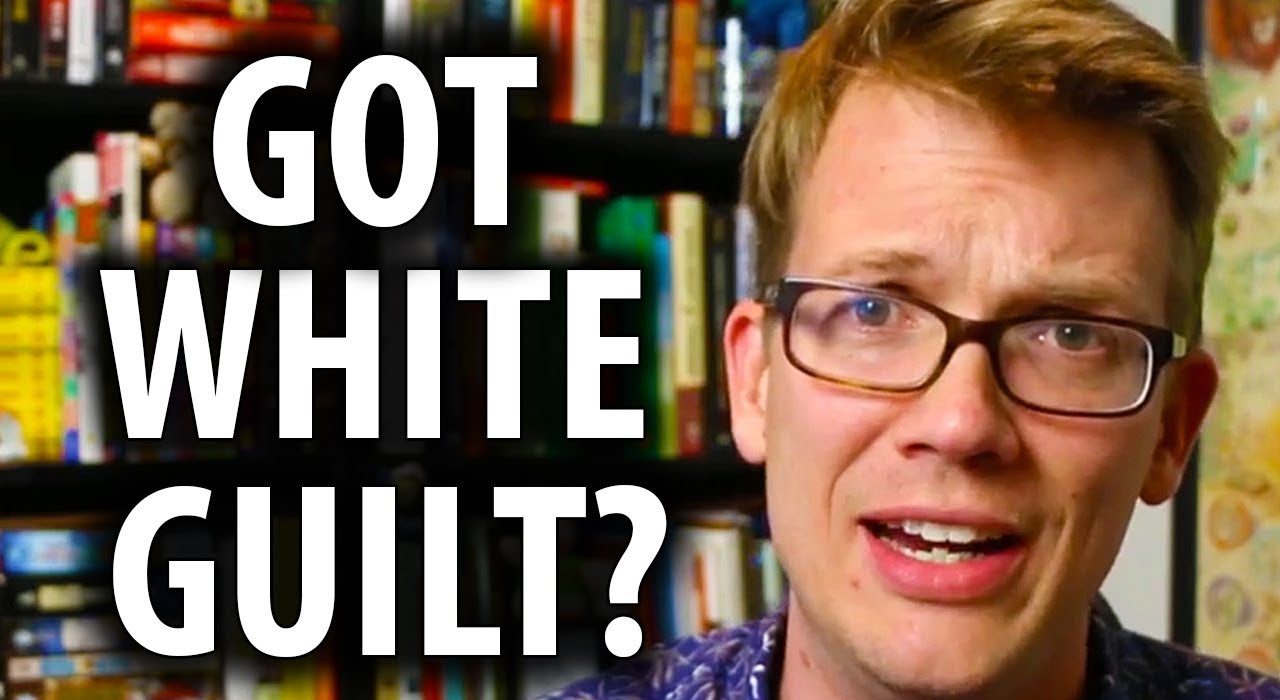 Overcoming White Guilt Is Crucial To Our Survival

What is “white guilt” exactly? Where does it come from, and can it be defeated?

“The objects of this measure,” wrote Dr. Hooton, “include reduction of the birthrate of ‘pure’ Germans, neutralization of German aggressiveness by outbreeding and denationalization of indoctrinated individuals. This plan, Hooton estimated, would require at least 20 years to be implemented. “During this period,” he went on, “encourage also the immigration and settlement in the German states of non-German nationals, especially males.”[1]

“White guilt” could very well be the manifestation of Dr. Hooton’s genocidal suggestion for Germany.

For clarity’s sake, we can assume “white guilt” to be roughly the modern equivalent of Dr. Hooton’s “denationalization indoctrination of ‘pure’ Germans” except that this idea has been extended from simply the Germanic races instead to the “white races” as a whole. This indoctrination works via enforcing selective interpretations of history and reality(via the school systems and media) that manipulate the unsuspecting victim (white people) into a never-ending sense of “guilt” and “malaise”.

This is consistent with the modern understanding of “gaslighting”, a form of psychological abuse that exploits the victim for personal gain. Although in this case, the concept appears to be extrapolated from a person-to-person basis to instead be used in an elite-vs-commoner manner.

“Narcissists are puppet masters who manipulate their victims for personal gain. With precision, they are able to “pull the strings” of their victims without detection, and render them helpless. In order to understand how a person can become a victim of a narcissist in the first place, it is important to know that the narcissist has many faces (the proverbial man or woman for all seasons). Different faces are required by the abuser as they lead the relationship through different phases; The Idealization Stage, Devaluation Stage, and the Discard Stage.”[1]

“Anti-racism” has had consistent roots with this idea of an elite clique; a group of elite Jewish supremacists alongside their goyish collaborators who work together to exploit the commoner.

The roots of this idea can be traced back to the Jewish Diaspora alongside the hostilities they encountered with other groups. They labeled anti-Jewish sentiment from groups such as the Greeks as “Judeophobia”, the fear of Jews, later extended to a more general “Xenophobia”, the fear of foreigners. At least within the diaspora period the idea was somewhat rational; after all every group of people seems to make mistakes at points as well as also have conflicts with one another, and by this principle Jewish groups, while not completely innocent, would not be completely guilty either, and so would at several points be the victims of unwarranted hostility.

This historical idea of persecution seems to have been somewhat warped with Jewish “emancipation” as it became a tool to serve oneself rather than a tool to protect one’s kin.

The idea of an intellectual attack aimed at shaming a form of “racism” first came from Ludwig Gumplowicz who pioneered the term “ethnocentrism”.[2] A quick look at this mans life history, of course, reveals his attitude on what a “state” should be; “an institution which served various controlling elites at different times.” This idea of an institution directly serving elites is, of course, foreign to the egalitarian desires of most people but fully aligned with the ruling clique themselves as it can be directed against the commoner rather than the ruler.Grumplowicz reflects this mindset with his additional theories on ethnic conflict as he used them for understanding not only the Spanish conquest of Quechua peoples during the sixteenth century but also how the descendants of the Spanish (and other European immigrants) continued to “subordinate the indigenous peoples”.

This antagonism against the European “race” continued with the work of Leon Trotsky who later formed the idea of “racism” to attack notions of Pan-Slavism in the USSR. Leon Trotsky is known for his unique advocacy of a “never-ending revolution”; there was no intended social “result” for a revolution to be concluded because of course, Trotsky felt he was detached from such outcomes. Trotsky lived a life of luxury as he was funded by his international admirers. Even during his exile from the USSR, he managed to afford a heavily armed fortress home with several bodyguards in Mexico. A little-known fact is during the Stalin/Trotsky split many of the Stalinists decried Trotsky as “Rightist” in contrast to Stalin’s “Leftism”; this is because Trotsky desired to continue Lenin’s policy of empowering the “New economic policy” merchants, also called “NEPmen”, to enrich themselves via commerce. And so it’s not surprising to hear Trotsky’s own words with intense disdain as he mocks the “peasant” class of Russians who value their history while simultaneously decrying their “racism”;

“Slavophilism, the messianism of backwardness, has based its philosophy upon the assumption that the Russian people and their church are democratic through and through, whereas official Russia is a German bureaucracy imposed upon them by Peter the Great. Mark remarked upon this theme: “In the same way the Teutonic jackasses blamed the despotism of Frederick the Second upon the French, as though backward slaves were not always in need of civilized slaves to train them.” This brief comment completely finishes off not only the old philosophy of the Slavophiles, but also the latest revelations of the ’racists.’”[3]

But of course this idea of “racism” masks itself in false egalitarian principles appealing to all of humanity. This lie of “egalitarianism” is used to manipulate the victim towards self-harm. A useful tool to redpill an indoctrinated individual is proving to them that this concept of “racism” is NOT egalitarian, is not intended to produce a moral beneficial outcome but is a selectively used weapon and as a selectively used weapon lacks any legitimacy from an egalitarian standpoint.

Therefore we one use the egalitarian logic in itself to free oneself of this indoctrination, by citing the anti-egalitarian basis of “fighting racism” using Trotsky’s own works decry Stalin as a barbarian in an extremely racist and derogatory manner;

“Trotsky’s mammoth biography Stalin (1940) not only belittles Stalin’s revolutionary activities but actually sees his life and ‘moral stature’ predetermined by his racially defined genetic composition; after discussing whether or not Stalin had ‘an admixture of Mongolian blood,’ Trotsky decides that in any case he was one perfect type of the national character of southern countries such as Georgia, where, ‘in addition to the so-called Southern type, which is characterized by a combination of lazy shiftlessness and explosive irascibility, one meets cold natures, in whom phlegm is combined with stubbornness and slyness.’”[4]

These are the words of the founder of “fighting racism”. This disgusting hypocrisy repels the idealistic elements of the left as well as their allies.

This hypocrisy is NOT limited to Leon Trotsky;  even today noted “anti-racist activist” Tim Wise consistently alienates his Black supporters with his disdain for their issues and apparent ignorance of “his own privilege as a white male”.[5]Which makes sense considering his idea of “fighting racism” is simply scapegoating a “white male” as a target to blame for all of societies problems, rather than improving relations between various ethnic groups.

The key of course to overcoming this indoctrinated self-hatred is by learning self-compassion and self forgiveness. The Buddhist concept of mettā is useful for teaching this concept.

The practice gradually increases in difficulty with respect to the targets that receive the practitioner’s compassion. At first, the practitioner is targeting “oneself, then loved ones, neutral ones, difficult ones and finally all beings, with variations across traditions.”[6]

And so by this concept, we need to normalize and forgive the “oppressive” elements of our European history. A good way to do this is looking through historical examples of racialism in foreign races. The KKK, as well as other anti-foreigner ideas, are not a uniquely White sort of anti-social uprising. The Boxers Rebellion in China is one of several examples in which case a non-European race was afflicted with foreigner-linked hardship and so became extremely hostile to foreigners.[7]

“The uprising took place against a background of severe drought and the disruption caused by the growth of foreign spheres of influence. After several months of growing violence against both the foreign and Christian presence in Shandong and the North China plain in June 1900, Boxer fighters, convinced they were invulnerable to foreign weapons, converged on Beijing with the slogan “Support the Qing government and exterminate the foreigners.“

The reason the Chinese are not demonized for this revolt is most likely due to the lack of a hostile ethnic elite influence over Chinese culture.

While reviewing this sort of example we can mentally put ourselves in the shoes of a psychological abuser; we can imagine ourselves in the position of trust over Chinese people, and intentionally abusing this historical event (Boxers Rebellion) to manipulate them into harming themselves. And by doing this we can realize such a dishonest interpretation of history can be a tool of manipulation, that such manipulation is morally undesirable that exploits others for personal gain, and in doing so we can realize how we ourselves, as Europeans, could be the victim of such manipulation. And in doing so we can re-view history from a neutral point of view and free ourselves from the hate-filled indoctrination of our current “educational system”.