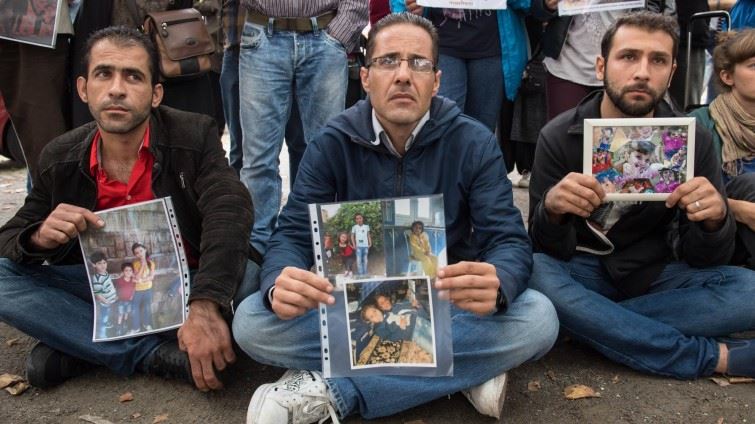 Merkel Wants to Hand Out 390,000 Family Reunification Visas to Migrants

Angela Merkel's plans to bring in roughly a million refugees in 2018 leaves her unable to form a coalition government.

After 1.2 million third world migrants poured into Germany in 2015, it’s time for their families to join them.

Ever since Angela Merkel won her fourth term as German chancellor on September 24th, her Christian Democratic Union (CDU) has been unable to form a coalition with either the Martin Schulz-led Social Democrats (SDP), or with the Free Democratic Party (FDP) and the environmentalist Greens.

Martin Schulz has put up a vote to his party members on whether or not to hold coalition talks with Merkel. The voting will take place later today. If members refuse the possibility of negotiations, then German President Frank-Walter Steinmeier will ultimately decide if Merkel is fit to rule over a minority government. If not, a new chancellor may have to be chosen among other prominent CDU members, or snap elections will be scheduled for early next year.

As it turns out, migration is the key topic causing the major divide between parties. Angela Merkel wishes to hand out 390,000 family reunification visas in 2018, a measure which Martin Schulz and the Greens support, but which many CDU members and the FDP are firmly against.

Horst Seehofer, who leads the Christian Social Union (CSU), a sister party of the CDU, has been one of Merkel’s strongest critics ever since her fateful decision to let 1.2 million third world refugees into Germany in September 2015. Then, Seehofer openly praised Hungarian Prime Minister Viktor Orbán’s tough stance on immigration and his dedication to border control, and even invited him to a CSU gathering.

“We need Hungary to secure the outer borders of the EU,” Seehofer told a joint news conference with Orbán, whom he said “deserves support, not criticism. In the federal state of Bavaria, he enjoys this support.”

“We’re now in a state of mind without rules, without system and without order because of a German decision,” said Seehofer, speaking of the need to restore order, and open both in his admiration of Orbán for “striving to achieve this goal” and his criticism towards Merkel.”

This move was considered a major backstabbing against Merkel in Germany. Now, Seehofer has stepped down as Prime Minister of Bavaria, but will remain head of the CSU. In regards to Merkel’s migrant woes, he commented to Die Welt that family reunification “would be such a massive amount of immigration that Germany’s ability to integrate would be totally overwhelmed.”

The above video is from 2015, when migrants emboldened by international human rights workers, broke out of Budapest and started on foot towards Austria and Germany.

Seehofer, along with the FDP believes that now that the Islamic State has been contained in Syria, it’s time for the thousands of male migrants who fled to Europe to return to their homes and rebuild their nations. Merkel, on the other hand, wishes to permanently resettle migrants and keep accepting them not only from Syria, but from all poverty-stricken areas of the world.

It’s important to note that migrants coming to Germany with family reunification visas would not be the only immigration shock Germany faces in 2018, as there are also plans to accept new arrivals, but the parties are likewise unable to decide whether a yearly cap should be agreed upon (such as 200,000 per year, as the CSU suggests, with emphasis on accepting mainly skilled laborers) or if Germany should become a migration free-for-all, which is the wish of Merkel, Schulz, and the Greens. Including these arrivals, it means Germany would be welcoming nearly a million new migrants in 2018.

I want a new constitutional treaty to establish the United States of Europe. A Europe that is no threat to its member states, but a beneficial addition.

A convention shall draft this treaty in close cooperation with the civil society and the people. Its results will then be submitted to all member states. Any state that won’t ratify this treaty will automatically leave the EU.

The most likely outcome of the current impasse is that Merkel and the SDP will set aside their differences in order to keep a hold on their power and continue Germany’s diversification. Starting new elections would only exacerbate the political and economic uncertainty in Germany and open a door to further strengthen the right-wing AfD which now stands as the third largest party with 12.6% of the vote.

Although, realistically, even if Merkel succeeds in forming a government and gets her wish to import hundreds of thousands of migrants every year, German citizens will soon get tired of her and her new citizens. The Right will strengthen either way. 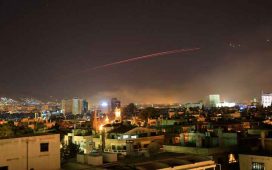