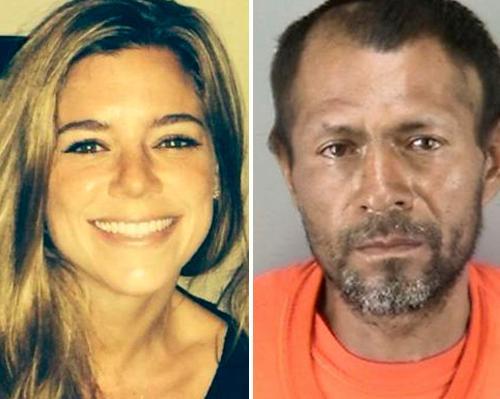 Kate Steinle Is A Turning Point For White Consciousness

Our rally in DC was a success, and the media smear campaign against Kate's Wall supporters a failure.

Yesterday, the Alt-Right held a demonstration protesting the verdict in the Kate Steinle case and demanding that Kate’s Wall be built.

In general, the case of Kate Steinle is an immediate win. It is the perfect hill to fight over. We don’t have that many resources to throw around, but this is a precision strike against a chink in the armor of the enemy.

It’s hard to argue with dead girls gunned down in cold blood by a Mexican criminal whose first excuse was that he was aiming for sea lions.

…I mean, what kind of an excuse is that? Is that a thing among Mexicans? To just randomly shoot cute animals for the fun of it? Is that really an explanation that makes White people, who overwhelmingly treat nature and animals with respect, feel easier about the verdict?

Even the bastion of bullshit that is Reddit is up in arms. This is in regards to the WaPo article calling everyone concerned about Kate’s death a White Nationalist. 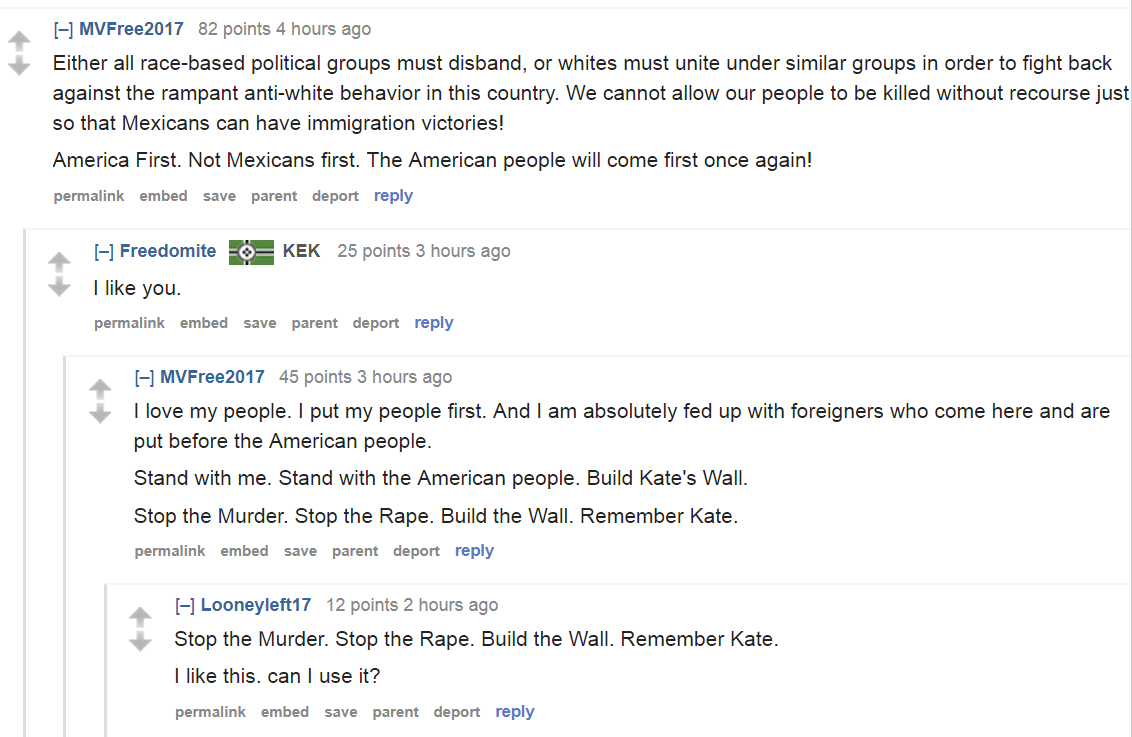 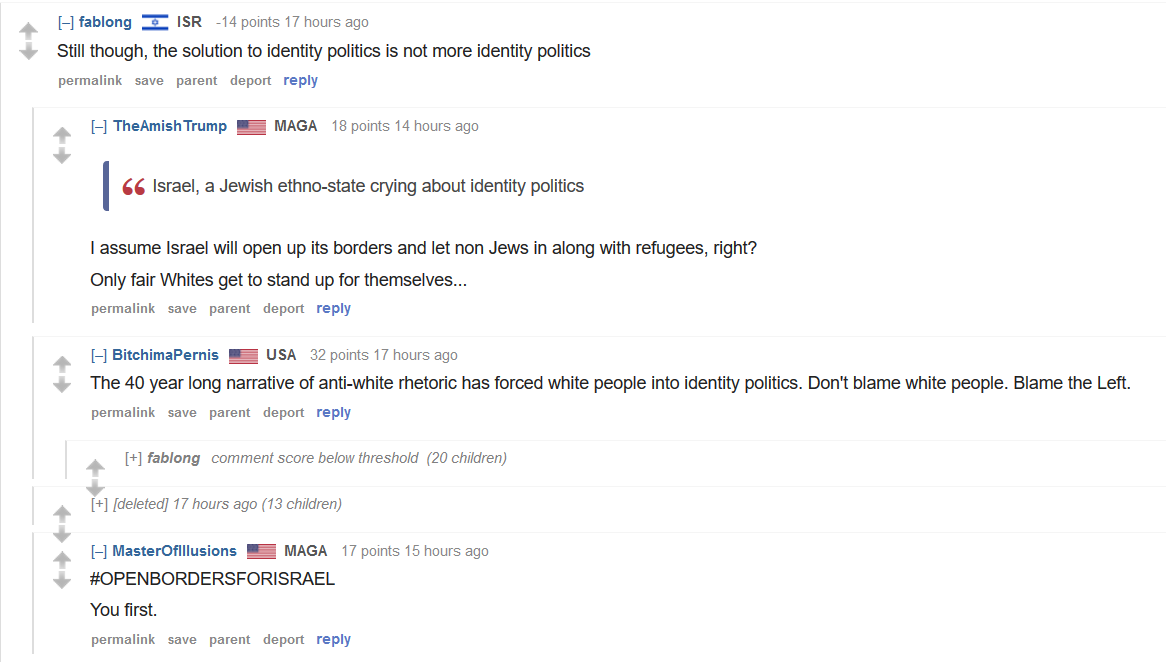 Keep in mind that Reddit and this subreddit as well are heavily-policed communities. It’s not a bad response considering. Thanks to us forcing the Kate issue, and our enemies doing what they do best – throwing a tantrum – the mask slips, and people can see the anti-White agenda shine through.

This great PR victory is made all the more possible by the ideological fervor of our enemies. They can’t seem to even fathom the stupidity of associating people concerned with the death of a pretty White girl with White Nationalism.

More and more people are simply throwing their hands up and saying, “so be it, I’m a White Nationalist.”

That’s how we win by the way. 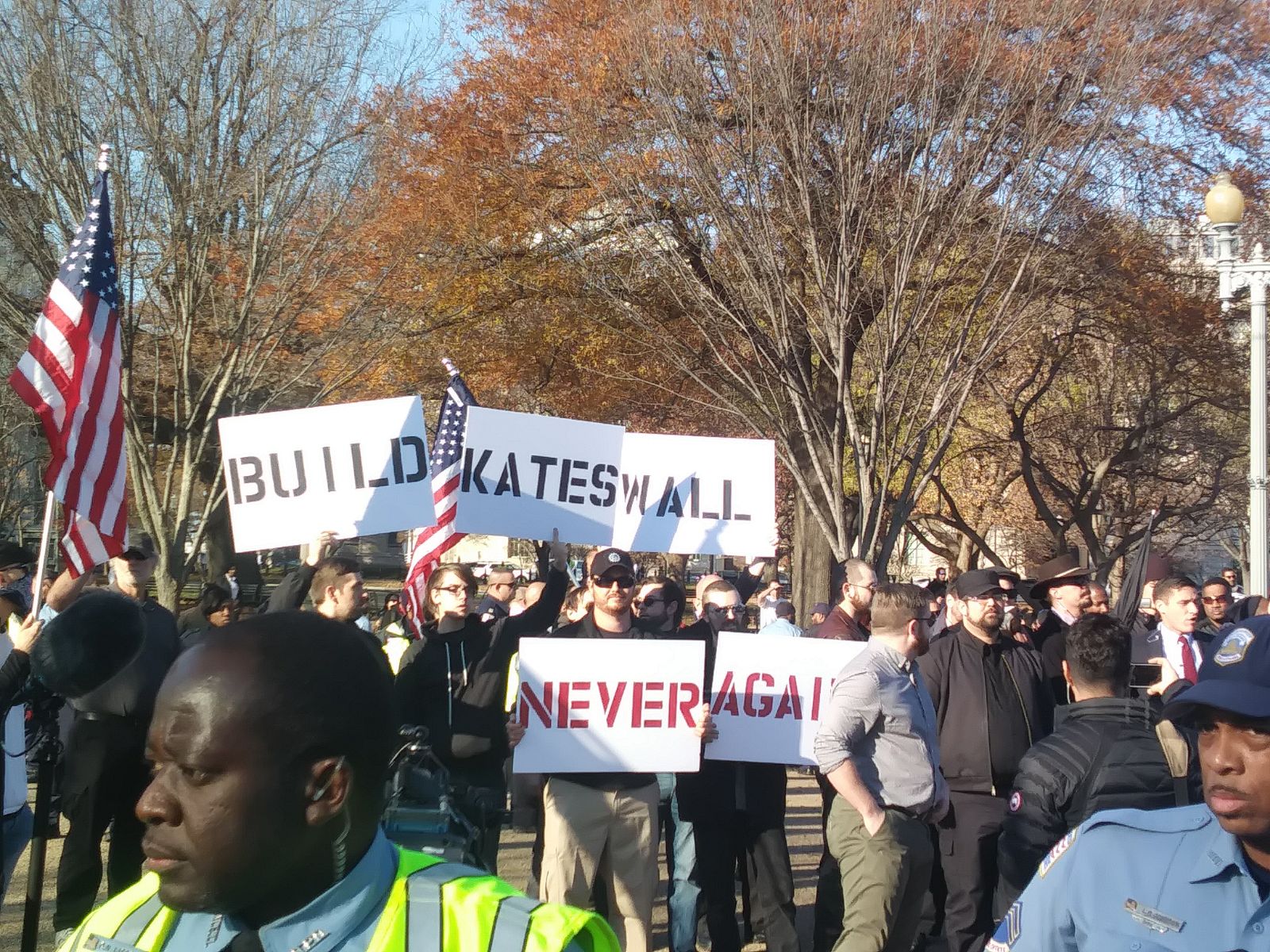 We simply associate ourselves with issues that most White Americans feel strongly about. The flag, protecting our borders, free speech, the Constitution – all of these values are implicit White values. All we have to do is come out strongly in favor of them to have the media lose their shit, chimp out against these things and label them as “White Nationalist.”

Overnight, more people find the ideas of White Nationalism more palaptable because they are now associated with things that they value.

If the WaPo hates White Nationalists, then they must be doing something right!

We don’t need to counter-signal Amerikaner values. We just embrace them and add a little something extra to the program.

We love the Constitution AND we’re race realists, and everyone who loves the Consitution must be a race realist too.

That’s a good message to send. All we have to do afterward is step back and let the media amplify it with their shrill kvetching. These people hate everything to do with America, and they feel emboldened enough now to come out in open defiance of everything that Amerikaners hold dear.

Let them, we’ll be waiting for the droves of new recruits with open arms.