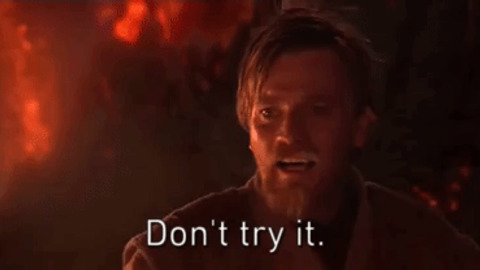 Should You Debate The Fam Over The Holidays?

You should learn from the fringe radicals of yesteryear if you do.

Thanksgiving has passed, but the family gatherings are nowhere near over. And at every Christmas table around the country, there is the eternal smug left-wing boomer, smirking at you wine in hand as he makes a joke about Trump and then chastises you for “getting too political.”

“Did you see those ‘It’s ok to be white’ fliers? Its as if they don’t know what the current year is!”

The lowest form of activism, though a crucial one, is talking to your family and friends. But I think it is high time we discuss how to properly persuade and avoid your relatives just seeing you as the crazy family member who always rants about the jews at every family gathering.

If you look into the statistics and science of things like race, you quickly discover issues which make most people find utterly unpalatable. So while you, someone who has dedicated much of their time to uncovering this eye-opening information, would naturally regard IQ and Racial Crime Statistics as interesting, to everyone else this is like jumping into cold water. People need to have reason to want to go into the water on their own, and even then to enter slowly. If we look to current popular political ideas, we see everything presented in clear black and white morality; our side is the good guys who stand for everything decent, and your side is evil.

If you wish to argue with logic, you can immediately be brought to an argumentative standstill when the opposing party recalls a study which disagrees with you. While they may be misremembering or likely didn’t read anything beyond the headline, without either of you having the research in your hand, it becomes your word against theirs; and the silent majority on the fence is going to side with the more palatable opinion.

What I am getting at here is that if you are asked, “Why do you even have a problem with Mexicans immigrating?” Your answer should briefly mention the issues of crime and poverty, but be focused on the ethos of your culture and people being destroyed. A prolific and successful writer of radical newspapers made the following appeal to emotion, and I believe it exemplifies how an ideology not only gets its adherents motivated but also brings people off the fence and onto their side.

I am aware, that many object to the severity of my language; but is there not cause for severity? I will be as harsh as truth, and as uncompromising as justice. On this subject, I do not wish to think, or speak, or write, with moderation. No! no! Tell a man whose house is on fire, to give a moderate alarm; tell him to moderately rescue his wife from the hand of the ravisher; tell the mother to gradually extricate her babe from the fire into which it has fallen; — but urge me not to use moderation in a cause like the present. I am in earnest — I will not equivocate — I will not excuse — I will not retreat a single inch — AND I WILL BE HEARD. The apathy of the people is enough to make every statue leap from its pedestal, and to hasten the resurrection of the dead.
— To the Public

Hell yeah! Now, who wrote this masterpiece? Thomas Jefferson?  Rockwell? Jared Taylor? Maybe even our very own Vincent Law? That piece was written and published by William Lloyd Garrison in his abolitionist newspaper, The Liberator.

This is the point that I am making, Garrison in this address cited the Declaration of Independence’s preamble “all men are created equal” as the reason for his cause being just. To the majority, it does not matter if the cause is built on a sandy foundation and that the nuances don’t make sense, what matters is that they have moral superiority, a purpose, a Crusade which they are on or a Jihad against which they are defending. In Garrison’s own words, just 30 years before the Civil War, the north itself was in a similar paralleled state that we find ourselves in today.

During my recent tour for the purpose of exciting the minds of the people by a series of discourses on the subject of slavery, every place that I visited gave fresh evidence of the fact, that a greater revolution in public sentiment was to be effected in the free states — and particularly in New-England — than at the south. I found contempt more bitter, opposition more active, detraction more relentless, prejudice more stubborn, and apathy more frozen, than among slave owners themselves.
— William Lloyd Garrison, To the Public

This desire to be morally justified rather than correct is a depressing thought, and I as much as the next guy would like to just allow the evident correctness and superiority of our ideology to make these impassioned calls to action for us, but the people are not concerned with the truth. When they wish to view our thinking through the objective lens of scholarly inquiry, they will consider the statistics and historical philosophical precedent which backs us up. But this is not the political dialect of the layman; people grasp onto sentence long soundbites which they can repeat at the water cooler at work or the Starbucks with their upper-middle class SWPL friends. These people while perhaps not stupid, are ignorant of many of these nuances, they want a simple answer when there is not one, but the left wing offers them this simple explanation. They say to the politically uneducated, the college female or soyboy who has never had a struggle in their life, “Fear not, we are the good guys, and we are here to protect the little people’s rights against the big evil bad guys.” Of course, when you bring up logically sound arguments to them they bounce off their thick skulls; it is not relevant, all that matters is that they are morally justified, you and your statistics must just be racist. If the abolitionists argued their point through constitutional law, they would have never been heard; no one wants to listen to a person they disagree with drone on about the technicalities of their ideology, they want you to pound on your chest and explain to them the horrors of a world where your pleas go unanswered.

What I’m advocating is not that you become illiterate in our doctrine, but rather that you need to handle most people with kid gloves. Without a deep understanding of the literature surrounding this movement, you can’t make a truly persuasive argument anyway. I know not everyone is an orator, so just stick to the NAP when it comes to bringing up politics with people you disagree with, and agree to disagree.

Unless you’ve got some powerful, id-rending arguments and quips on tap, don’t try it.

The reams of statistical evidence you think you can bring up to support your point won’t save you. Only tapping into the dark emotional side of argumentation will. You have to be willing to do so…