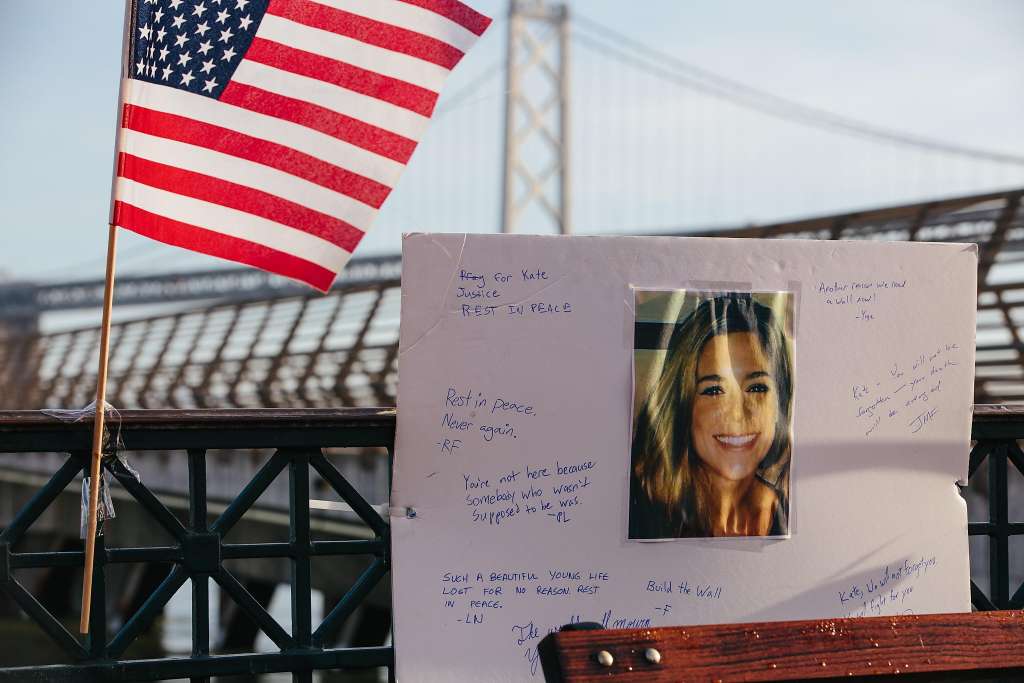 Yet another excellent action. We’re getting better.

Identity Evropa did a remarkably simple and powerful action the other day.

Notice how simply, touching and NORMAL it was?

It would be hard to associate goose-stepping Neo-Larpism with making a shrine to a murdered woman killed by an illegal alien criminal. But the media and anti-White institutions in this country took that as a challenge.

The @ADL_SF has a profile on the white supremacists who created the Kate Steinle tribute at Pier 14. https://t.co/ISiKzVvsSe pic.twitter.com/ZYgRwEVFJe

As many of you know by now, Trump had some choice words to say about the verdict.

A disgraceful verdict in the Kate Steinle case! No wonder the people of our Country are so angry with Illegal Immigration.

The media narrative was something to behold. A shrine to a dead woman was turned into a White Supremacist “hate shrine”. Which is exactly what we need more of.

This is a winning formula on many levels. First, it triggers the media and anti-White establishment into overreacting. In fact, the city has removed the “hate shrine” as of this writing.

Second, it is hard to argue with a topic as emotionally charged as the brutal murder of an American woman by an illegal. It’s a good hill for us to fight on, and a bad one for the Left to die on.

Third, it is always a good idea to be in agreement with President Donald Trump on an issue. We should counter-signal the man only when we have to, and latch onto whatever he tweets out at 4am and amplify it if it matches up with our agenda.

It’s not hard to see why inquisitive White minds might start having doubts about why a memorial to a murdered woman is a no-no now. And it’s a sobering thought that “Bronx Juries” of non-Whites and liberals will now let actual murderers get away with their crimes and do it to stick it to Whites.

We all know by now that if there were such a ruling for the killer of some black criminal, there would be a Cat 5 chimpout by Blacks. Meanwhile, so far, even the parents of the dead girl are coming out against the “hate shrine” dedicated to their daughter.

I don’t know about you, but the self-loathing and cowardliness of most Whites is difficult to witness day in and day out.

And the day of reckoning when the grapes of White wrath will be harvested always seems to be in the indefinite future.

But Kate Steinle will become a rallying point for ethno-nationalists all over the country despite what her parents and the anti-White media think about the matter. And I think we’re going to hear a lot more about Kate Steinle in the coming days.