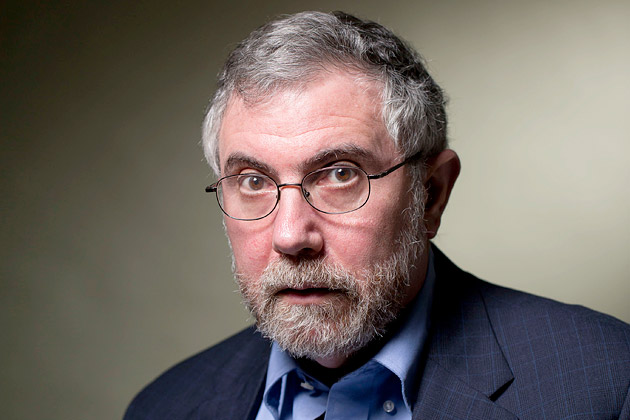 Being thankful is not their forte.

What better way to spend Thanksgiving than to complain about White supremacy?

Why take a day off?  There are no brakes in the complaining-about-White-privilege industry.

At this point, I must admit to being unsentimental when it comes to the holiday season; but I still know what is just odd or out of bounds in terms of holiday comportment.  So I may not put on a “Christmas sweater” or get all excited about the Thanksgiving meal, but at least I know that these are not appropriate days for airing my grievances and spreading bile.

For our adversaries, not so much…

Enter Paul Krugman, media elite from the New York Times, who begins his Thanksgiving column expressing his gratitude for “having had the privileges that went with being a white male.” In the next breath, though, he expresses gratitude that he has had a career in a time when “open anti-Semitism had become socially unacceptable.”  So he’s a White male when it’s time to instigate resentment towards White males; but then quickly pivots to Jewish victimhood, which obviously is more relevant to his true self-identity.

He’s thankful that “God used to look like Charlton Heston, but now He looks like Morgan Freeman.”  Everything on the positive side of the ledger for White males is a negative for Krugman, and vice versa.  One cannot help but think we’re in a zero-sum game situation vis-à-vis Krugman.

And then Krugman pivots to the things that he wants to complain about on Thanksgiving (although the things for which he is grateful are all passive-aggressive anyway).  “White supremacists” are on the rise “thanks to encouragement from the top” (the obligatory Charlottesville allusion).   Anti-Semitism is coming back.  He laments that 58 percent of Republicans believe that college is not having a positive effect, something he bafflingly attributes to resistance to global warming theory.  But ultimately, failure to absorb Cultural Marxism is a very naughty business; therefore, not seeing the benefits of academia is very naughty indeed.

I’ve noticed that the Alt-Right is living rent free in the head of every leftist/ elite journalist.  They get around to lamenting our rise and the horrors of Charlottesville, this oft-repeated canard of rampant violence in almost every article with little pretext.  Usually it has nothing to do with their original point, but they circle back to us.  We’re a convenient bogeyman—or a real one—in their minds.