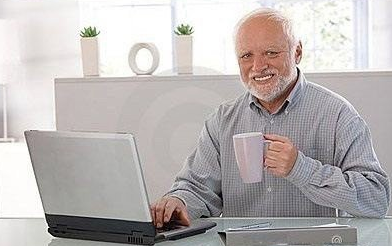 The Old Left Wants Nothing To Do With The Alt-Right

A response to our most disingenuous critics.

Recently a reader alerted me to a fellow blogger taking offense at what we/I wrote.

The piece he took offense at was actually a good piece (one of my most well-organized and measured) and it basically summed up the big problem I had with these old school old Left types. In a nutshell, it’s their refusal to stand up against White Genocide.

I called it, “The Saker and Other “Dissident” Bloggers Are Completely Out of Touch” and I stand by it.

The blogger in question calls himself The Saker and he took offense at what I wrote about his worldview.

Even though he claims he doesn’t think we’re worth his time, he writes the longest Boomerpost I’ve ever read, replete with all the typical Boomer fallacies we all know and love. The underlying critique though was of course:

That’s the main counter-argument that I could parse out from his convoluted and ridiculously over-wrought prose. By the way, many Boomers have god complexes that come out in their writing.

I get emails from them all the time saying stuff along the lines of, “you Kids are ok, but Change this aspect of Your movement or I Won’t send money Your way.”

You immediately notice the rambling prose, the random capitalizations (maybe this was how grammar used to be taught and I’m just ignorant)and the emphasis on culture and the general tone of preaching down from on high. I sift through a lot of these people’s writing and I can see patterns, what can I say mang.

So this is what the Saker had to say about my rather measured piece:

One thing is sure, if they side with “Europa” I side with education, facts, logic, culture, history and yes, most definitely, diversity.

One more “pearl of wisdom” from the AltRighters: “Muslims are by far the worst of any immigrant group (except perhaps Blacks).  I can just about visualize the utter total shock the author of this aphorism would  feel if he was educated enough to realize that there are millions of “White” Muslims out there, including in the USA and Europe and that there are millions of Africans who are Christians!  It is a blessing and a mercy that ignorance protects this man from the awareness of such distressing facts I suppose 🙂

That smiley face at the end tho…

Man-children, the lot of them.

By the way, that is pretty much one of the most damning arguments that I hear from the neo-Pagans on a bi-weekly basis about “Christcucks”…and I’m running out of excuses to cover water for Christianity when I hear people like the Saker gloat about how non-White it is.

He accuses us of being Deep State goons or CIA assets:

In conclusion I will add more most thing.  In my experience nationalist movements are always manipulated by various secret services.  This is true for Russian nationalists and this is true for AltRight -type of movements.  That is yet another reason why these movements all seek a monopoly position: because their real bosses (the state security agencies) are trying to coopt anti-system movements in order to control them.  In my experience, only the very top people know about this and those who do typically rationalize that kind of secret “collaboration” by saying that it is pragmatically useful to work with influential agencies.  This was true for the Russian NTS, this was true for al-Qaeda, this is most definitely true of the Ukie nationalists and this is true of the US AltRight

But the Alt-Right? The people that actually threaten regime change in the heart of Saker’s “Anglo-Zionist” empire and not regime change in countries that Washington wants a color revolution in?

That doesn’t really logically follow, and I suspect the clever old fart knows that.

Speaking of hypocricy, like I said, the Saker has demonstrated himself to be one of those “race-blind” types many times over. But he writes for Unz Review of all places! That’s right, the color-blind Boomer accuses us of collaboration with our enemies and rationalization of that while literally getting a pay check from people whose race-realist views match and inform our own.

Now, as you can tell just by leafing through the comments section, there are a lot of Muslims reading him. Saker has a huge boner for Muzzies which is evidenced by his constant blogging about the emerging Islamo-Ortho alliance against the Anglo-Zionist empire.

In my honest opinion, he takes current Russian geo-political necessity and tries to come up with an intellectual underpinning for it by occasionally quoting Rumi and saying “Alaikum Salam” to his readers, thinking that this is somehow an example of his blisteringly high IQ and proof of a long history of Christian-Islamic friendship.

Which…doesn’t really hold up to scrutiny.

And like most Boomers, he doesn’t get memes. He took particular offense at this one and also took umbrage under it to prove that we weren’t serious because we draw cartoons. 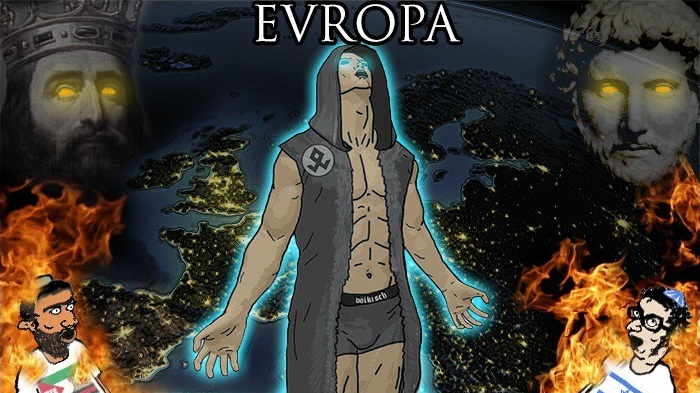 But objectively speaking, there is literally nothing wrong with this meme.

And here’s a gem, he says that he only read my piece because his daughter passed it along.

So why bother writing about this again?

Well, between Julian Assange taking offense at my post about how Catalonia is a joke, Antifa-giraffe-professor-man going on Tucker and complaining about one of my NRx style posts… 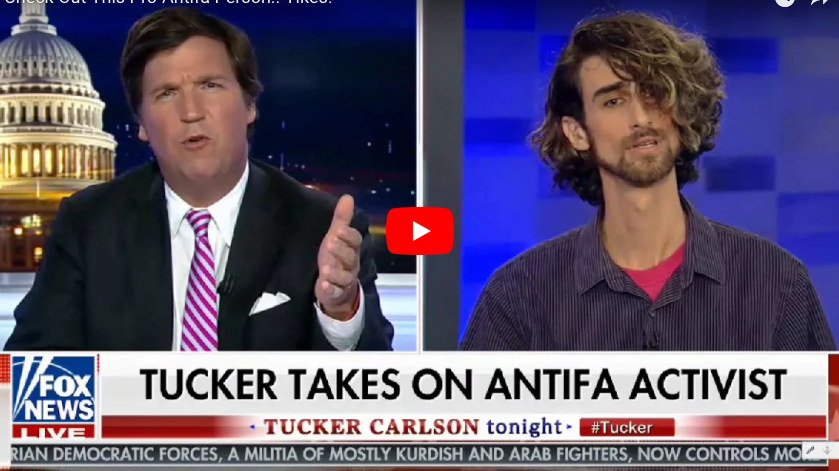 …and now the Saker taking offense at my critique of his world-view, I feel like I have now burned bridges with literally every faction of the Left.

The condemnation by the SJW/Antifa type Left (represented by Giraffe-man) didn’t really hurt my feelings. I went to university with these people and I can honestly say that all of them deserve the bog, so the feeling is mutual if anything.

The snub by the Techno-Anarcho-Cypherpunk-LetmepiratewhateverIwantonLimewire – type Left (represented by Assange) kind of stung. Back in the day, I actually read his book, listened to all his media appearances, leafed through the Wikileaks, supported the whole Whistleblower movement and thought he was pretty based. Oh well.

And now the denounciation by the old school sorta Commie, sorta Trad Left (represented by the Saker) just made me roll my eyes. I guess he doesn’t like my casual racism, Islamophobia and slight ribbing of him, so he turns around and accuses us all of being agents for the Anglo-Jews, which I think is a VERY mean thing to say.

And that’s the entire unholy Left Trinity isn’t it?

I had such high hopes for the Julian Assange Left and the Saker Left to find common cause with us against the Giraffe-man Left, but alas it seems that it is not to be.

These people have been looking for a right-wing “fascist” movement of White people to blame everything on for so long, that they don’t even take time to listen to what we say and try to find the common ground which is undoubtedly there.

They’re just happy to finally be able to point to us and makes us the capstone to their entire anti-Establishment theory.

Nevermind that many of us grew up reading them, and continue to grudgingly admire them for speaking out when they did and red-pilling us on many issues like Israel, the Iraq war, the military industrial complex, capitalism and other topics.

Many of us are their children, whether they like it or not.  All we did was keep on digging, and build on the knowledge they bestowed on us. And here we are now, speaking truth to power…

…like they all once thought they were doing as well.