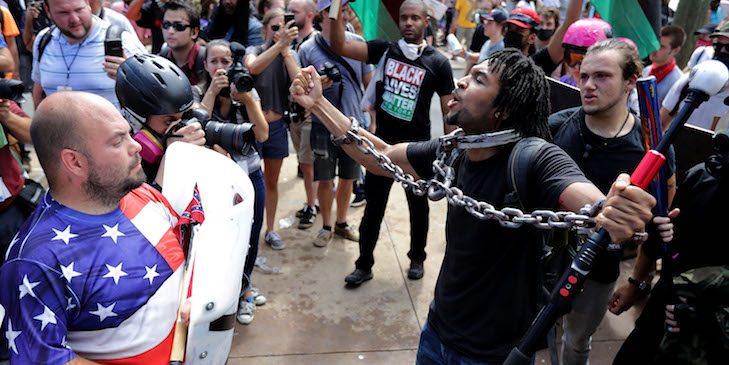 Black Activist Runs Around in Chains to Combat White Supremacy

“Whites are evil, now give us your money!”

That in itself does not sound too deserving of our attention, but this video managed the impressive feat of condensing into three minutes every long-debunked myth about the American slave trade, black crime, and Charlottesville, and did it in such a despicably deceitful way that it’s worth taking a look at.

The focus of the video is a 24-year-old black activist and provocateur named Glenn Cantave who is the founder of a New York City protest group called “Movers and Shakers.” Glenn is also closely associated with Black Lives Matter, and the groups often work together when carrying out their public displays of stupidity. Cantave participated in the Charlottesville rally where he ran around screaming while wearing big fake chains around his neck and wrists. Recently, he made news for running the NYC Marathon in the same chains. He also seems to have some masochistic leanings since his Facebook page shares multiple recordings of him getting whipped by the same shrill black woman who every so often shouts interesting tidbits of info like “every twelve seconds, a slave was whipped!” towards the watching crowds.

Cantave says his group’s goal is to be as provocative and unavoidable as possible since, according to him, traditional forms of activism are beginning to fall on deaf ears. Perhaps the truth is that regular folks are tired of obnoxious fake-victims trying to assert their moral superiority over society through outright lies? Just a guess.

Moving along, the video begins with the following narration while two obese scowling black women and one medium-sized woman are pulled along by a rope held by a man in a Trump mask. The women each have big fake chains or collars around their necks.

The video pauses before a poster of Christopher Columbus with the text “Columbus the Terrorist.” Also, there is a crude artistic depiction of the slave trade, with a white man presumably from the Confederacy holding a gun, guarding a row of enchained blacks. Glenn explains that his group is developing new creative ways to spread its message, and one of these is a mobile app. Apparently, if one hovers their phone over one of the posters, the images transform into moving GIFs. The “Columbus the Terrorist” image, for example, turns into a fountain of blood that sprays everywhere, while the illustration of the slave trade transforms into a courtroom where a judge is prosecuting black criminals. Is the latter image trying to insinuate that African slaves from centuries past are the same as modern day criminals in America?

The video continues, brace yourselves:

It’s worth noting that Glenn Cantave has an unhealthy obsession with Christopher Columbus. He really dislikes the founding fathers, but Columbus is his main object of hatred, and Columbus Circle is the location where many of his protests take place, usually to an audience of two dozen slack-jawed whites, college students, and virtue-signalling Boomers. Aside from being a public disturbance through strange ways like pretending to be dead, Cantave creates petitions demanding that various squares and statues not to his liking be renamed or torn down, and that schools “rewrite antiquated Eurocentric narratives that deny our history, suffering and perpetuate our struggle.”

Also, I’m disappointed that Cantave is still running with the fantasy that innocent and productive black members of society go outside on strolls, minding their own business and end up getting shot by racist white cops. This is the same incendiary tactic that was used by the mainstream media to rile up black communities into smashing shop windows and burning cars. The deaths of confirmed criminals/thugs like Freddie Gray, Michael Brown, Philando Castile, Trayvon Martin were justified, no matter how hard the media tried to spin the story so that whites and police ended up as senseless oppressors.

In the end, Cantave reveals the true aims of his activism in a Huffington Post article about his adventures running the NYC Marathon in chains, but first this statement of his gets an A+ in fear-mongering:

Black and brown people are terrorized by a system that is designed to put us in cages, take away our rights, restrict our opportunities and intimidate us into submission. Our daily lives are governed by a system that is inherently more dangerous than anything that happened in Charlottesville due to its ubiquity.

Hateful lies. Every corporation in Silicon Valley is currently scrambling to hire as many minorities and women as possible to the openly-admitted exclusion of white men. As for college, that is indeed a waste of money and time if someone expects to get a stable career from sitting through Fat Studies 101 or Islamic Feminism in Historical Perspective (that’s a real course). It’s not society’s fault if someone is unable to defer gratification or plan out their lives according to Godly moral principles. One’s actions and attitude create corresponding consequences.

Mayor De Blasio, city council and New York City courts, I urge you to create laws, allocate funding, and make decisions that will remove our chains. Everything from removing the statue at Columbus Circle, to closing Rikers Island, to mandating more affordable housing, to holding the NYPD accountable to a higher standard.

Fellow New Yorkers and Americans, if we put our differences aside and united as we did in St. Paul’s Memorial Church, we will be equipped to dismantle the institution of white supremacy at its foundation. It starts with a willingness to get uncomfortable for the pursuit of justice.

Ah! Allocation of funding and more affordable housing. There you go — it’s all about more gibs. Guilt-tripping more productive members of society into submission. 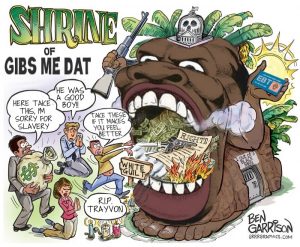 Needless to say, Glenn Cantave is an unhinged public nuisance and racist who desperately needs attention to feel good about himself. Thankfully, the vast majority of comments on the Huffington Post video are from normies and liberals who are not fooled nor impressed with Cantave’s whining about poor dindu nuffins needing more special treatment.

The future looks bright as the masses push back against the radical liberal agenda. 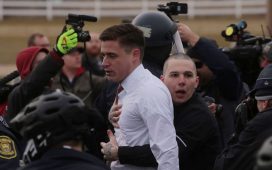 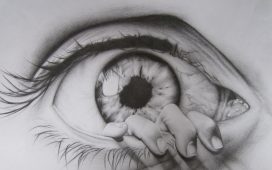