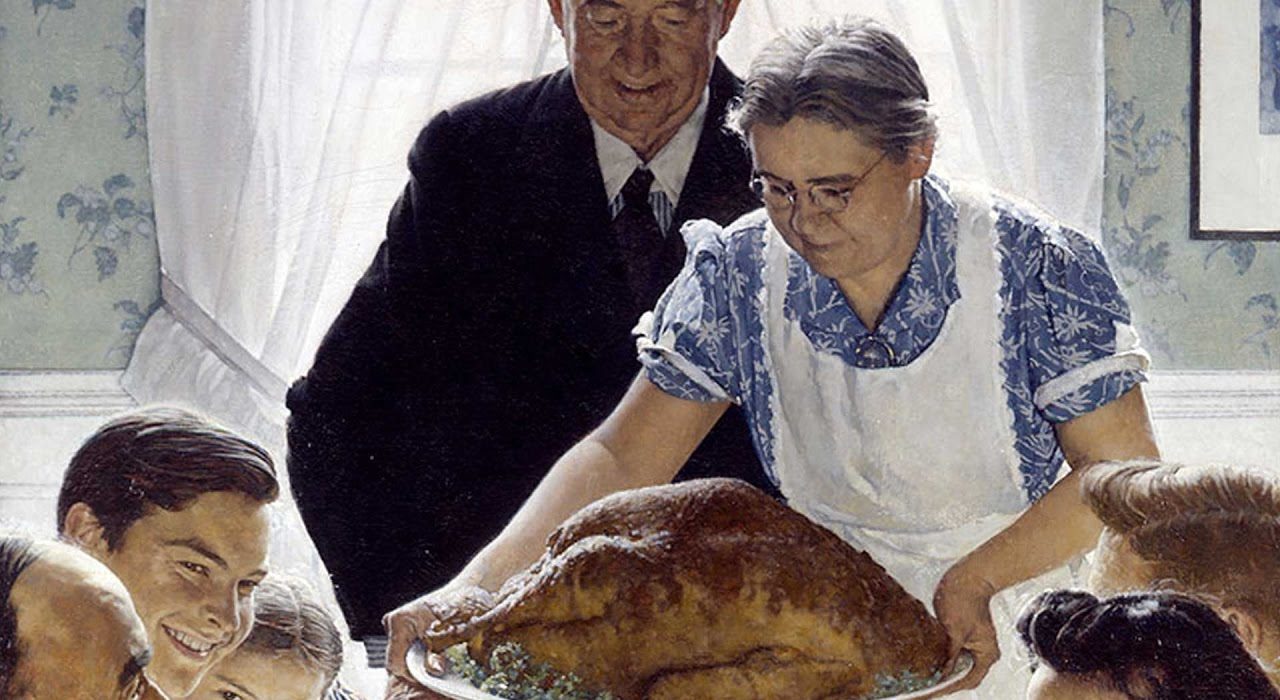 Thanksgiving Week Is the Best America Has To Offer

Thanksgiving is an oasis holiday that makes you think about how good things could really be.

Thanksgiving week is a wonderful time of the year.

It helps that my area is a ghost town almost year round. Don’t get me wrong, there’s a lot of cars, but apart from some geriatrics shuffling around with their canes with their Jamaican nurses in tow to get some fresh air, you don’t see many people out in the streets.

And its a shame, really. It’s a green, leafy area. If you take a walk in any direction, you hit those green English lawns that stretch for miles in either direction. Just start walking and you can probably traverse half the country one soft lawn and one suburb sprawl at a time.

Every morning right up till December, you hear the endless humming of the leaf blowers and lawn mowers. They start right in the morning and continue until about 1 pm when Jose takes a break or something.

Then things get really quiet.

Only when Thanksgiving rolls around do you see an exception to the rule.

You see people busting around, talking loudly saying “hurry, grandpa is waiting” or something like that.

When I see the bugmen that live in my area talking like that at the Whole Foods, it strikes me as fake and contrived, done for the benefit of passerby’s like myself, but also comforting in its own way.

It’s probably because my whole area resembles a South Park parody episode that I’ve stopped taking it seriously. I even have PC bros around me now because the kids are coming back from college as well. They’re sporting their campus wear in the Whole Foods as they shop for Thanksgivings stuff. Pajama pants with the emblem of X State University jammed into Timberland boots (for the 55-degree cold front moving in) are everywhere.

Everyone is proud of being a college kid now, and they’re going to show off a bit. Plus, they’re tired of all the studying and partying and drinking and clubs. Too tuckered out to wear anything but pajamas out and about in public.

Hell, you can even get a glimpse of actual families! Together! Grandpa, mom and the kids! A quick glimpse in the wilds of the parking lot at the strip mall as they pile out of the SUV and hurry into the store.

Yes, I’ve chosen the best time to come back and I’m not piling on the snark here.

I’m being completely serious and I’ve always looked forward to Thanksgiving for these reasons.

I probably should mention that in Europe, despite the constant Ackbaring, you do have more of this kind of scene in everyday life… And it’s probably got something do with Diversity levels, as much as it does just lower levels of cultural degradation.

But I don’t want to spend the whole post talking about black pill stuff or about how shitty America is. Believe me, I know my audience. American conservatives, in particular, are very prickly about any criticism of their country. They have this knee-jerk reaction to criticisms of mass obesity, suburban sprawl, asshole cops and the glaring lack of culture in America.

Trust me when I say though, that Thanksgiving week is an expection to that rule. Thanksgiving is the closest you’ll ever get to that Norman Rockwell painting ideal of America you’ve always been looking for.

The Starbucks full of bespectacled little office grubs and frumpy women suddenly has a smattering of cute college-age girls in it. They’re almost your age, and they’re almost thin, which is a rare combo indeed.

You look past the smattering of black and brown boyfriends with the frumpy college chicks sporting uggs, X University emblazoned on their sweater on top of their push-up bra and their plain smushed faces adorned by cascading wet hair to prove that they just got out of the shower because they’re sporty and high T like the guys, bruh.

Instead, you focus on the cute kids who are suddenly out in droves with their family, doing shopping for grandma or whatever and you think about the Generation Zyklon meme and hope…

Regardless, I know many young men who are approaching Thanksgiving estranged from their families because of all their activism this year. It’s a shitty situation to find yourself in, and I can only sympathize.

But in the end, I know that the struggle will be worth it if we can a Thanksgiving-type society back and have it year round in the United States. Because its going, going, and soon to be gone. Every year, I see less of Norman Rockwell and more of Lena Dunham around this time of year.

Soon, I won’t be able to take any comfort at all in the holiday, and I know I’m not the only one. Many Americans must look around at these holiday benchmarks, which are times of reflection and compare them to holidays of yesteryear.

Are they getting better? Probably not.

Will normal people get fed up with the downward slide? I think they will.

As for you guys, take comfort and reprieve in what you can this Thanksgiving. Give thanks for the massive strides the Alt-Right has made this year, and have hope for a much brighter future…

Because we absolutely will win.