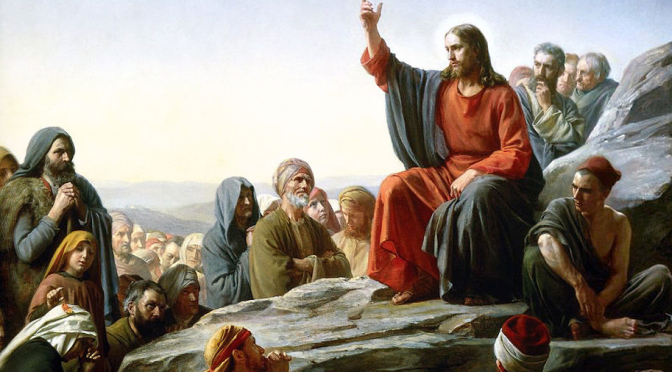 While we make memes, our “greatest allies” try to convince their boomer herd that we are evil atheists.

Religion has always been a hot-button issue in the Alt-Right circles I have found myself in, with admins of un-official Alt-Right discord servers often banning its discussion. As we saw in my previous article, it seems the Right-Winger of yesteryear has taken this uncertainty of faith as an opportunity to apply the label of atheists to us.

As the “Alt” part of the name would imply, we are very different from the bible-thumping evangelical right, but for the base of white Americans we claim to represent. Christianity is synonymous with right-wing. In this movement, I have seen Christians of all denomination, atheist, and even pagans; while our ideology is not one of religion, it seems this topic is still one we must address. While many take joy in degrading Christianity for its message of equality under God, and how people have used it for some very stupid causes, I believe there is no option other than to embrace it.

Before I enter the crucible of explaining the benefits of Christianity, I shall tell why I have written off things such as Agnosticism and Paganism. While I have no problem with your belief or lack thereof, Atheism and Agnosticism are very specific in the question they answer; they are not ideologies, but rather a more precise answer to the hypothetical question, “Do you believe in God?” The problem which in my eyes arises is that people are incapable of morally existing without religion, not even to mention the complete destruction of community which also comes along with a more secular people. We could argue back and forth about the despicable and degenerate things we can often find Christians doing, but at the end of the day, we see atheists doing things every day which would make a Slaaneshi Daemonette blush.

When I previously encountered these Pagans, I just called them LARPers and tried to ignore them, but for the reader’s sake, I will elaborate. The main reason I hear Paganism touted is that it is the least cucked religion, you don’t worship “a Jew on a stick,” so that means it is the religion of the Alt-Right, right? Wrong. While I am sure Paganism had many virtues and was once the prominent religious ideology of Europe, that is very much not the case today.

Assuming a Pagan resurgence was possible and occurred, do you really see a 45-year-old man going along with human and animal sacrifices? Paganism is so alien to Europeans today that if we are choosing religion entirely without belief/ believability, why would we not just welcome our Arab overlords and convert to Islam? Our second issue with Paganism is that people simply do not believe in it, even those who take up its banner do so not because of divine inspiration but because they think a society built from its foundation would be superior to that of a Christian foundation. You forget that millions of people legitimately believe the word of the Bible is that of God, they will not be convinced that Germanic Paganism is real, so unless you think Woden plans on making an appearance in time square, Paganism is out.

As we enter this section where I must convince you, the reader, that Christianity is the correct answer, I feel I must divulge my convictions briefly. While I was in my teenage years an Atheist edgelord, I have now come back around, and perhaps because of my fanboyism of Thomas Jefferson, would consider myself Deist. Regardless of my bias, I enlisted the aid of a friend, to better know Christianity for this article: Alt-Right Catholic Seminarian, Frank Gallinea.

I posed a question to him which I believe many of us currently ask of Christianity, including the Cuckservatives which I have previously mentioned: How can the Alt-Right both accept Christianity and subscribe to identity politics?

We are all made by the same Creator, and thus we all enter into His Kingdom in the same way. This does not mean, in terms of flesh, we are made entirely alike. God led us to evolve specifically to our environments and be perfectly suited for them. This inequality of kind does not bother our Creator as the inequity is his design. To put God in a box constructed to the dimensions of human limitations is not knowing the concept of a divine creator. We all are different, but innately we are all of God’s creation. Being such we must maintain our roles in the natural order, for any imbalance would be catastrophic to the health of our world. We the different races have a responsibility to not only our preservation, but that of our families.

This is a translation, and what is more important is that all these opinions are translations. Nowhere in the bible does it specifically reference identity politics or race, but just like with the constitution, historical clues and study can give us a clearer picture. The reason modern day Christianity is something we revile is because the majority of people making these big pushes of Christians for refugees or Christians for trannies, or whatever their flavor of the month virtue signaling opportunity is, are the same “Right-Wingers” who have given us the current state of Republican ideology.

The great danger for family life, in the midst of any society whose idols are pleasure, comfort, and independence, lies in the fact that people close their hearts and become selfish.

Young people are threatened… by the evil use of advertising techniques that stimulate the natural inclination to avoid hard work by promising the immediate satisfaction of every desire.

Science can purify religion from error and superstition. Religion can purify science from idolatry and false absolutes.

Spending time in any University it quickly becomes clear that the majority of the people willing to speak about religion are not religious, or instead wish to virtue signal about how they are gay and Muslim; as if they wouldn’t get chucked off a building if they were in one of these Muslim paradises they wish America was. The point I am getting at here is the great enemy sees Christianity as an irremovable element of white identity, and just like our great architecture and history, they are dismantling it wherever they see it. White people in America today are not complaining about their pending minority status in the country their forefathers bestowed upon them, they are not complaining about their children’s destiny of exploring the cosmos being replaced with a future of unlimited degeneracy, but they are complaining about Christianity being threatened. To reject this would be suicide, they are already on the same page as the Alt-Right, but merely paragraphs behind, and instead of helping them get where we are, people suggest to leave them behind.

It seems that many have been coming out against Christianity recently, even in our own movement, and I just absolutely hate seeing this divide and conquer strategy change people’s hearts. Believe in Christianity or don’t what matters is that you bring your family to Church on Sunday, participate in your community, and make your world a better place.